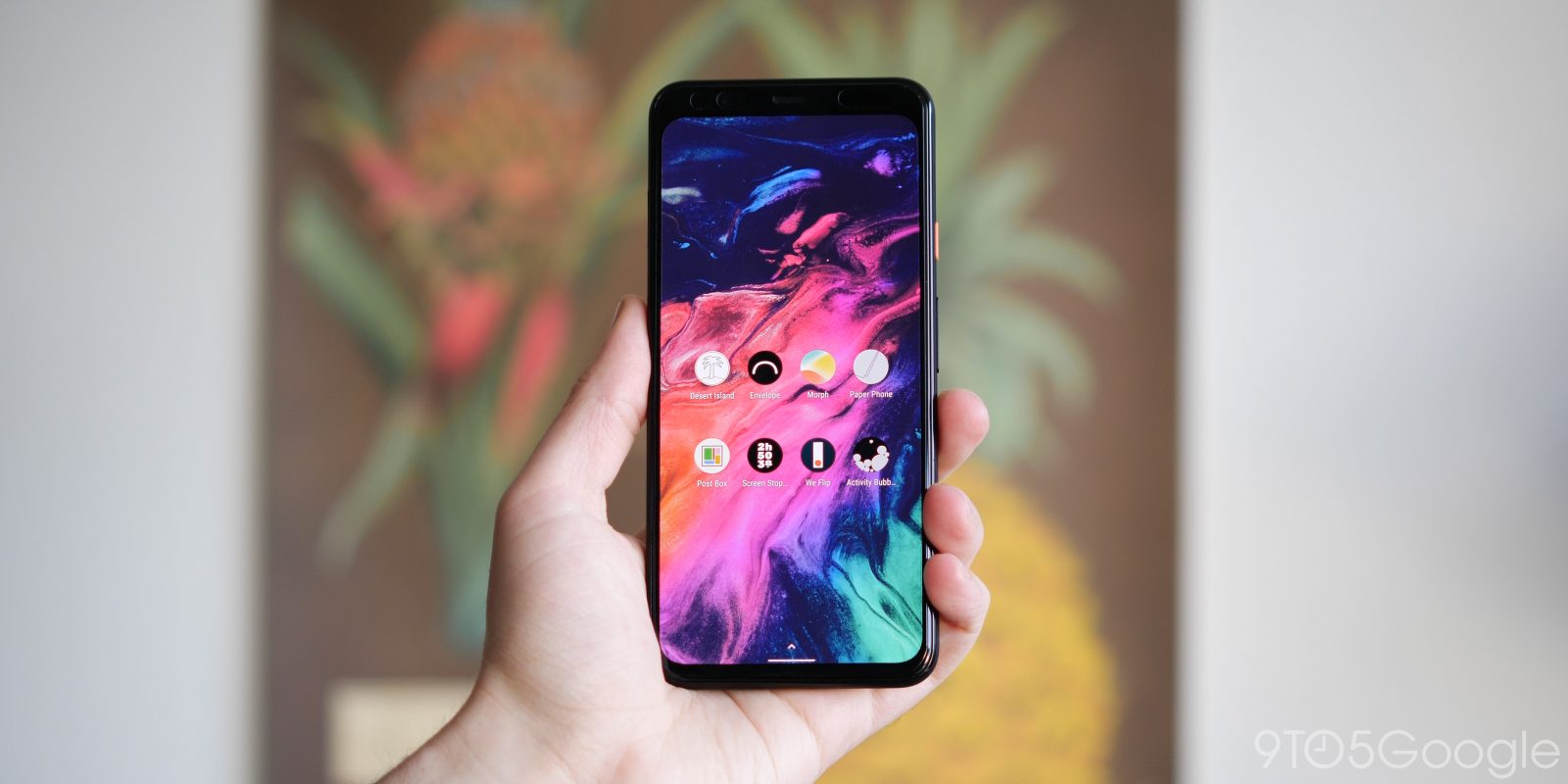 Google wants us to use our phones less, or at least curb our smartphone usage. This has led to a number of standalone Digital Wellbeing apps that all have weird and wonderful notions of how we should be using our phones in a healthy manner.

You may or may not feel like you have a smartphone problem. We all spend an ordinate amount of time with a small piece of glass and circuit board in our palms each day. Not being able to get that mini dopamine kick just from seeing a notification or scrolling through another page of filtered vacation photos might genuinely be difficult for you.

The standard Digital Wellbeing settings are pretty good at locking you out of applications that you feel are a bit of a time sink — but rely heavily on you setting your own limits and not overriding them. We assume that’s why Google has developed a few experimental apps that go beyond those more rigid controls baked into the Android OS, and feel more like gentle nudges toward better smartphone habits.

To see if Google’s new experimental Digital Wellbeing apps actually work, we tested them out for ourselves. Prepare to see some wacky implementations. 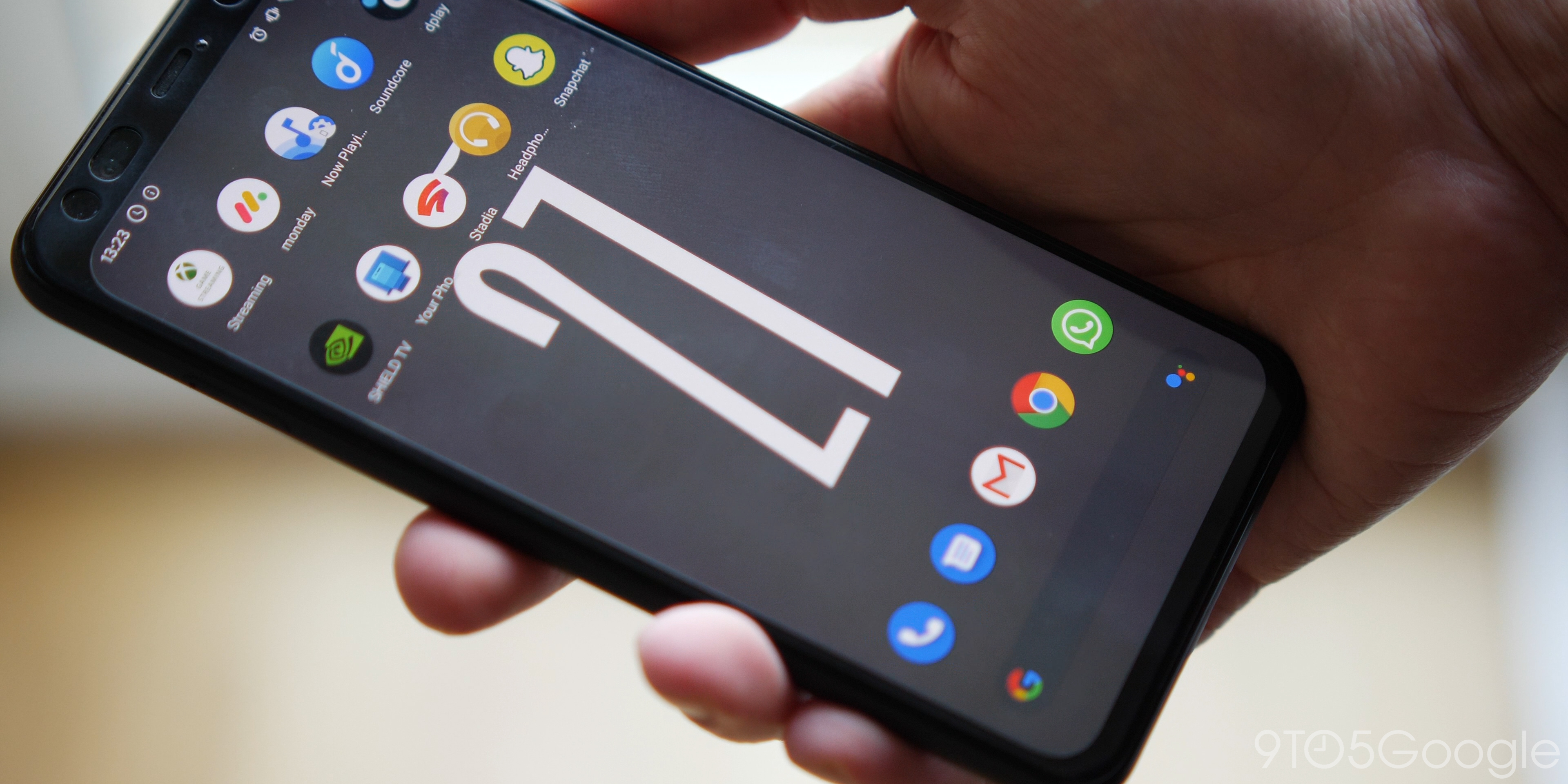 This is not an app in the traditional sense, it’s actually a live wallpaper that literally just tracks the number of times you have unlocked your phone throughout the course of the day. It’s interesting seeing the figure right there on your home screen and lock screen every single time you reach for your phone — which I guess is what makes this such a good standalone Digital Wellbeing app.

My only problem with this is if, like me, you use desktop apps for things like Messages, WhatsApp, Telegram, and Gmail during a regular working day, it’s kind of a false figure. You’re just moving your smartphone pick-ups elsewhere. But I’ve often picked up my Pixel 4, noticed the high figure, and questioned why I picked up my phone in the first place — so I guess it kind of works. It really puts into perspective just how many times you reach for your phone on a daily basis.

These work in a similar way to Unlock Clock, by giving you visual feedback of your smartphone usage right on your home screen. Screen Stopwatch basically gives you an explicit live update of your screen-on-time. Activity Bubbles is far more obtuse: With each unlock, a bubble is created that grows, depending on the length of time you use your phone during that period.

Screen stopwatch might be nice for people obsessed with tracking screen-on-time and exact phone usage, but Activity Bubbles proves to be the more attractive and striking option. However, seeing an exact figure of your phone usage might be the proverbial kick up the backside you need to reassess just how much time you spend looking at your phone display throughout the day. 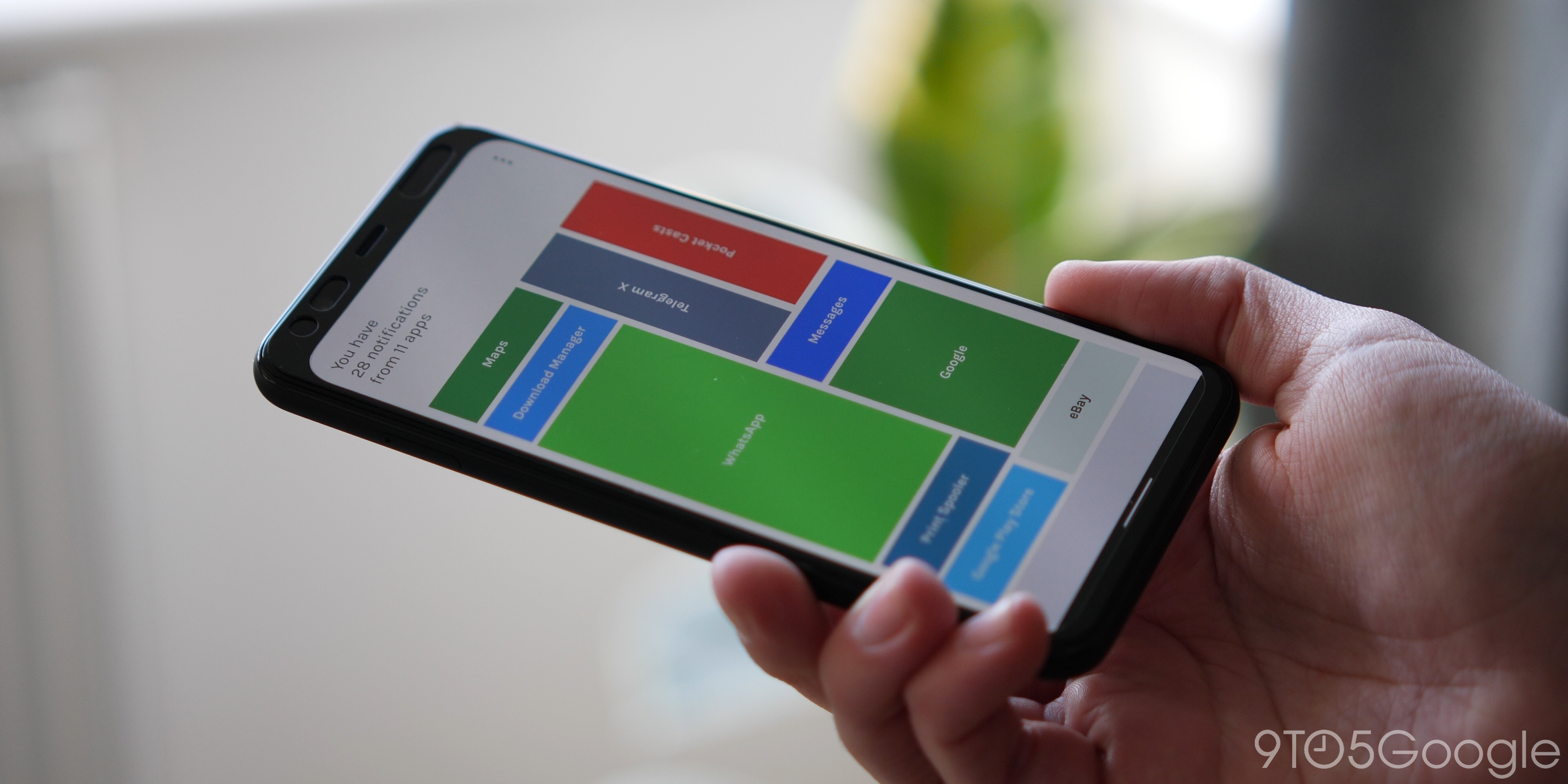 Post Box holds all of your app notifications until a selected time throughout the day — essentially mimicking how you only receive post once per day. Unlike your local postal worker, you can tweak this to get four updates per day, though, which might be a little better if you don’t want to be completely shut off from important notifications (i.e. work emails, messages).

Given how blasé we have become to regular notifications, Post Box sort of builds anticipation of what might turn up. The notifications come in colorful boxes, too, which I think I actually like far more than the “traditional” notification shade. Being able to just turn notifications back on in an emergency is welcome, but you can always just open apps individually to see if you have missed anything. For the most part though, this really helps curb distractions — one of the core principles of a good Ditial Wellbeing app — and might be really useful if you just need to get some work done. 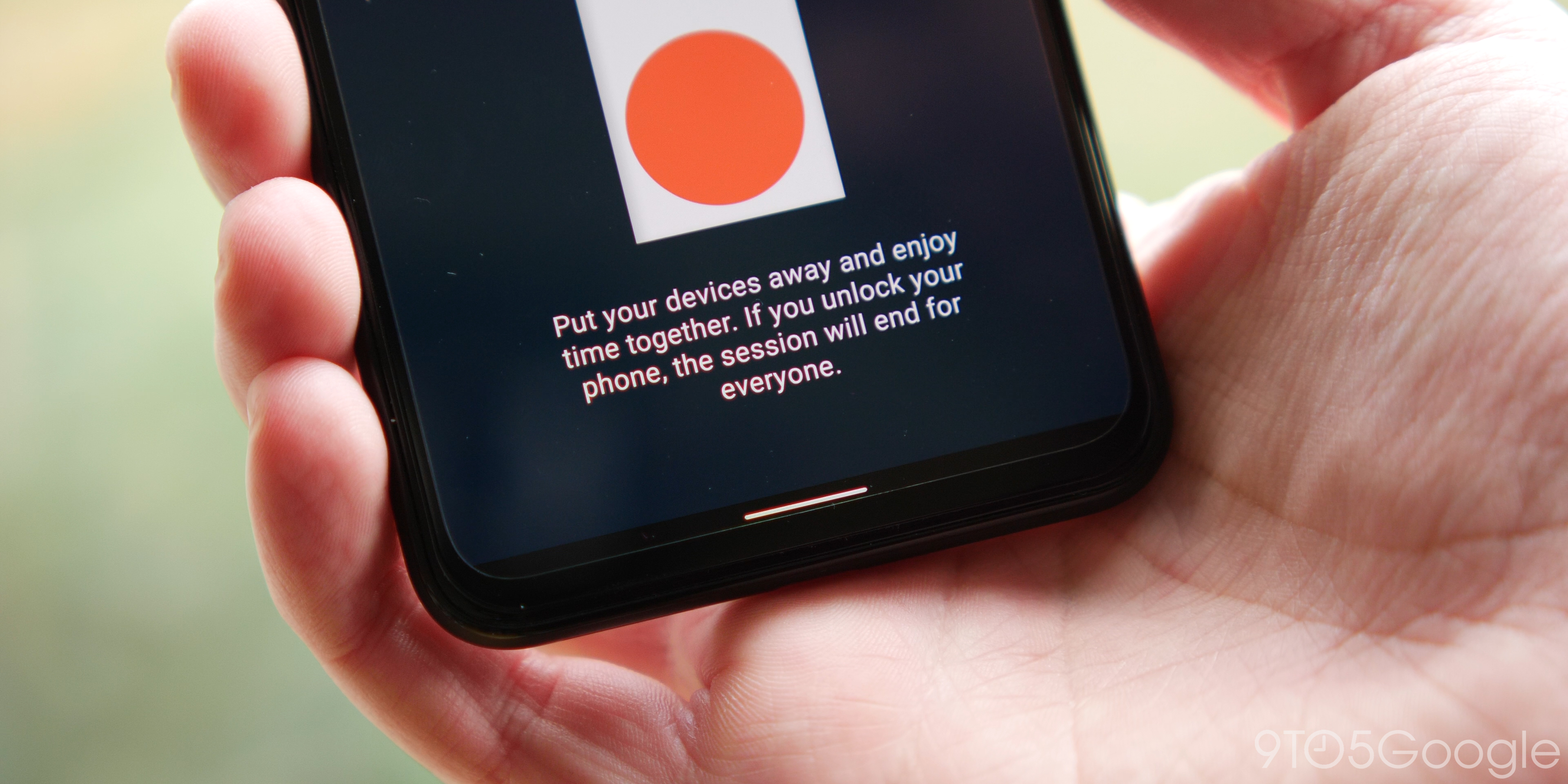 This is one that I’ve not properly convinced friends to try out yet, but it’d be great if you go out in groups. The scourge of “smartphone ignorance” is becoming more apparent as we live almost completely interconnected smart device lives. We Flip is aimed at those people who end up glued to their smartphone screens when out to dinner with family or friends.

Everyone links together using Bluetooth and Wi-Fi to get connected. Swiping the switch down then activates Do Not Disturb, and should someone pick up their phone, everyone is disconnected. It then gives you a mini-log of how long everyone has managed to last without picking up their phone. I like that We Flip is also able to track lock screen peeking — something I’m sure we’re all guilty of from time to time. 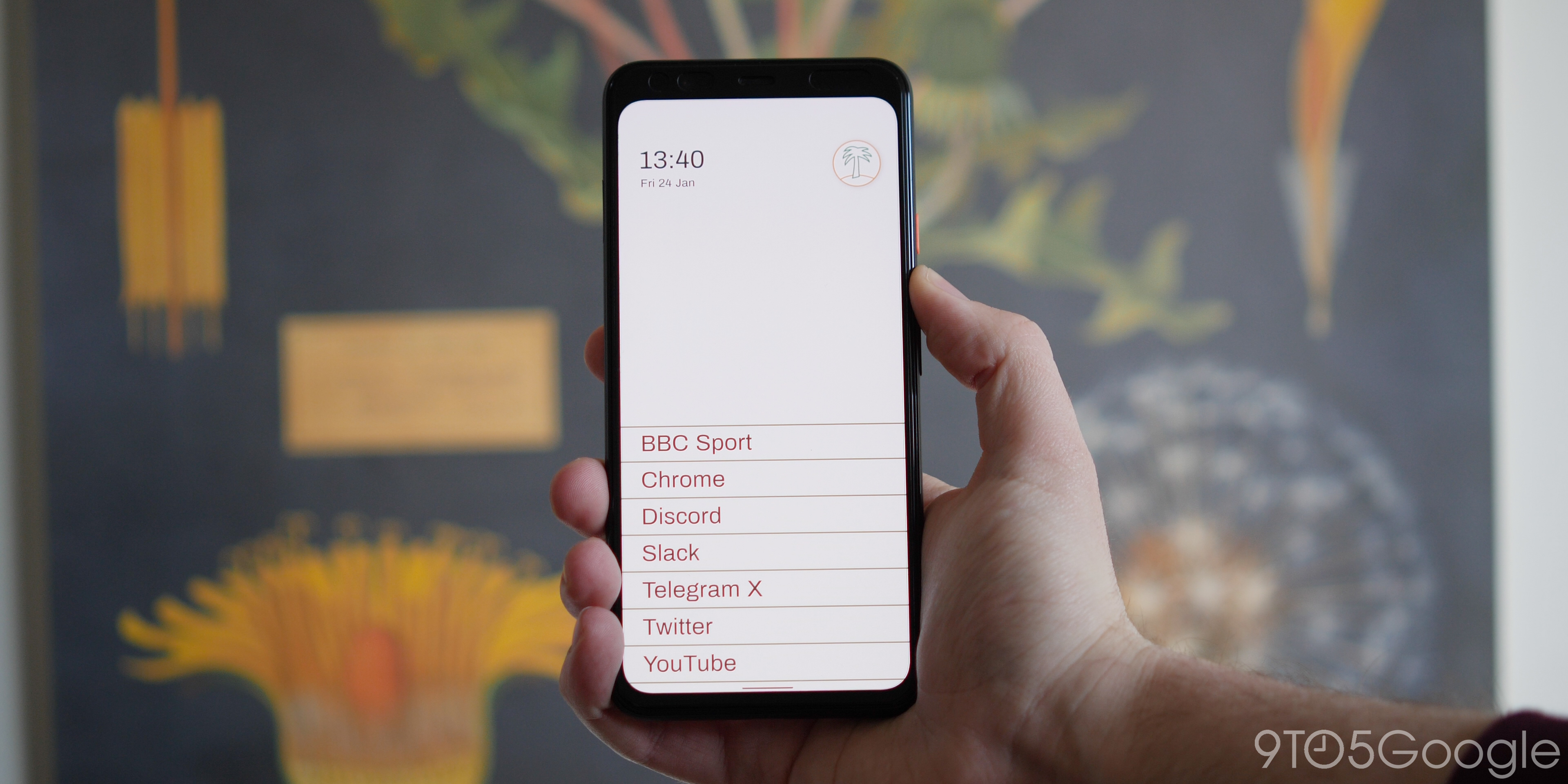 Desert Island is an actual Digital Wellbeing launcher that strips back the vast majority of distracting features on your Android phone. It gives you access to up to seven of your most used or important apps. It even manages to disable notifications completely, too.

What’s interesting about this app is that it tests you to try and use fewer applications the longer you use it. The daily round-up information that you get after using Desert Island as your main launcher for 24 hours also forces you to see just how many times you have used each application you’ve previously selected — which might help you remove some that you think you need but aren’t using. 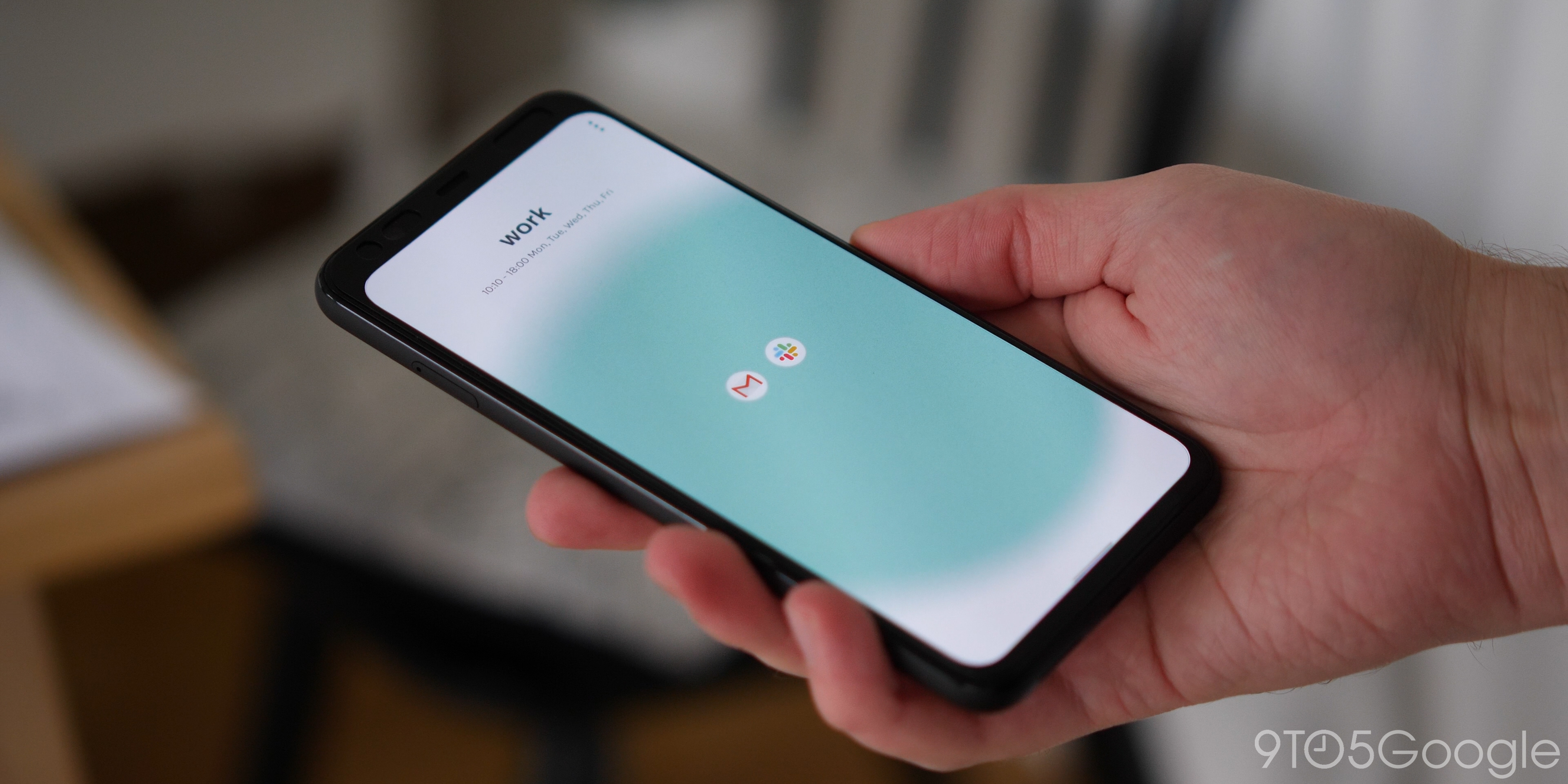 Similarly to Desert Island, Morph is a launcher rather than an outright Digital Wellbeing app. You create screens or spaces that you then add apps to, depending on the location, task, or time period. It’s supposed to adapt to times of day or place to give you access only to the apps you need, which is aimed at minimizing distractions.

It’s minimal alright, as all you’ll see within each space you create is a handful of app icons, a header title, and time or location. You can launch into other apps quite easily, but like many of the experimental Digital Wellbeing apps, you’ll find they want to nudge you toward potentially cutting out things you don’t require or simply don’t use. I tried using the location-based home screens at the gym, and it worked really well. I could see myself actually using Morph in the long term. 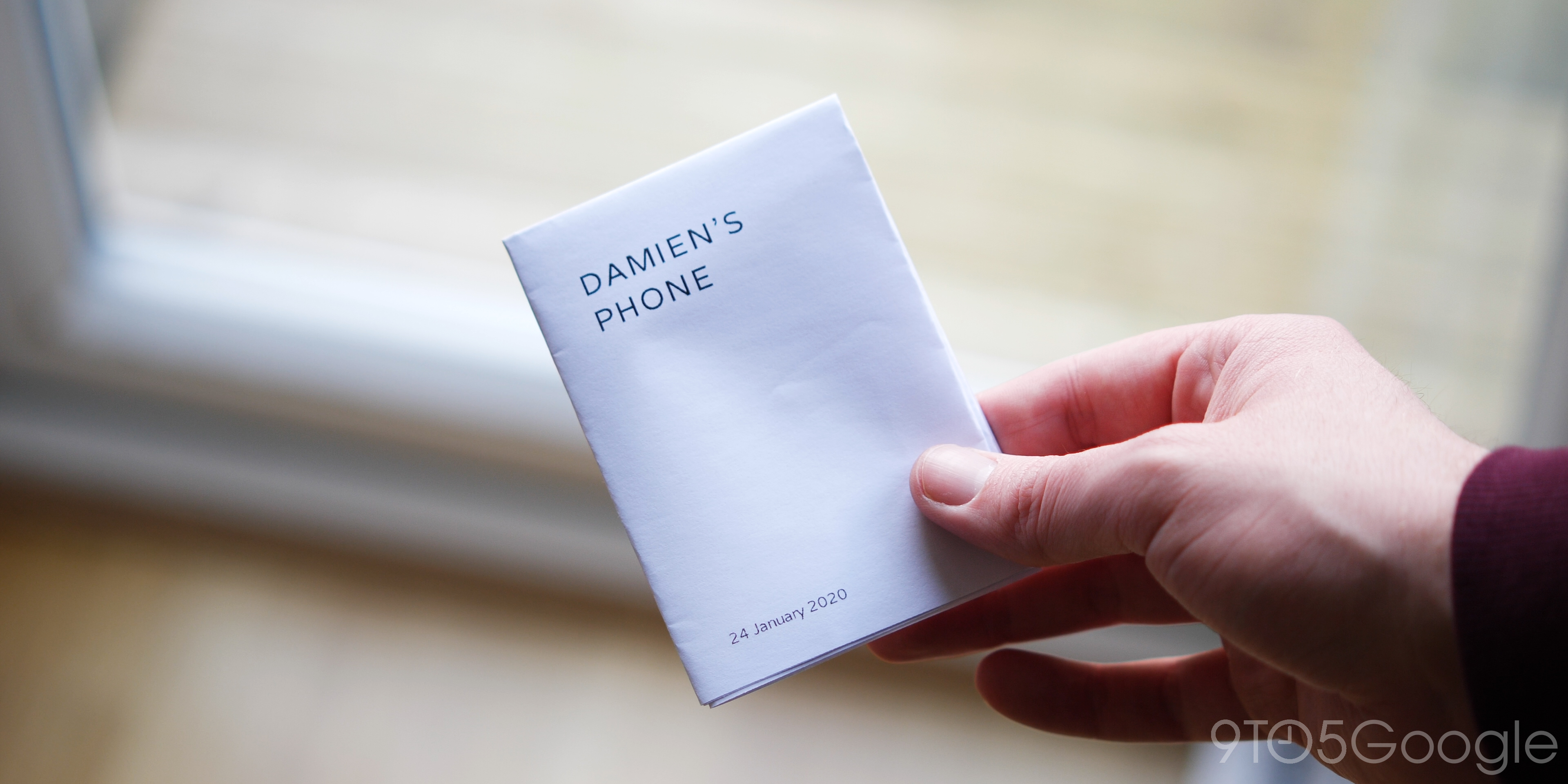 Arguably not an app at all, Paper Phone is as weird as it is stupid. You essentially print off some information from your phone. That’s it.

I like that it folds up neatly into a greeting card, but beyond that, you’re better off with some of the other options here. But it might be really useful if you’re traveling, need some base information, and don’t have a roaming data plan. That said, you could write important information in a notebook just as easily.

This feels like an experimental art exhibit and not a Digital Wellbeing “app.” 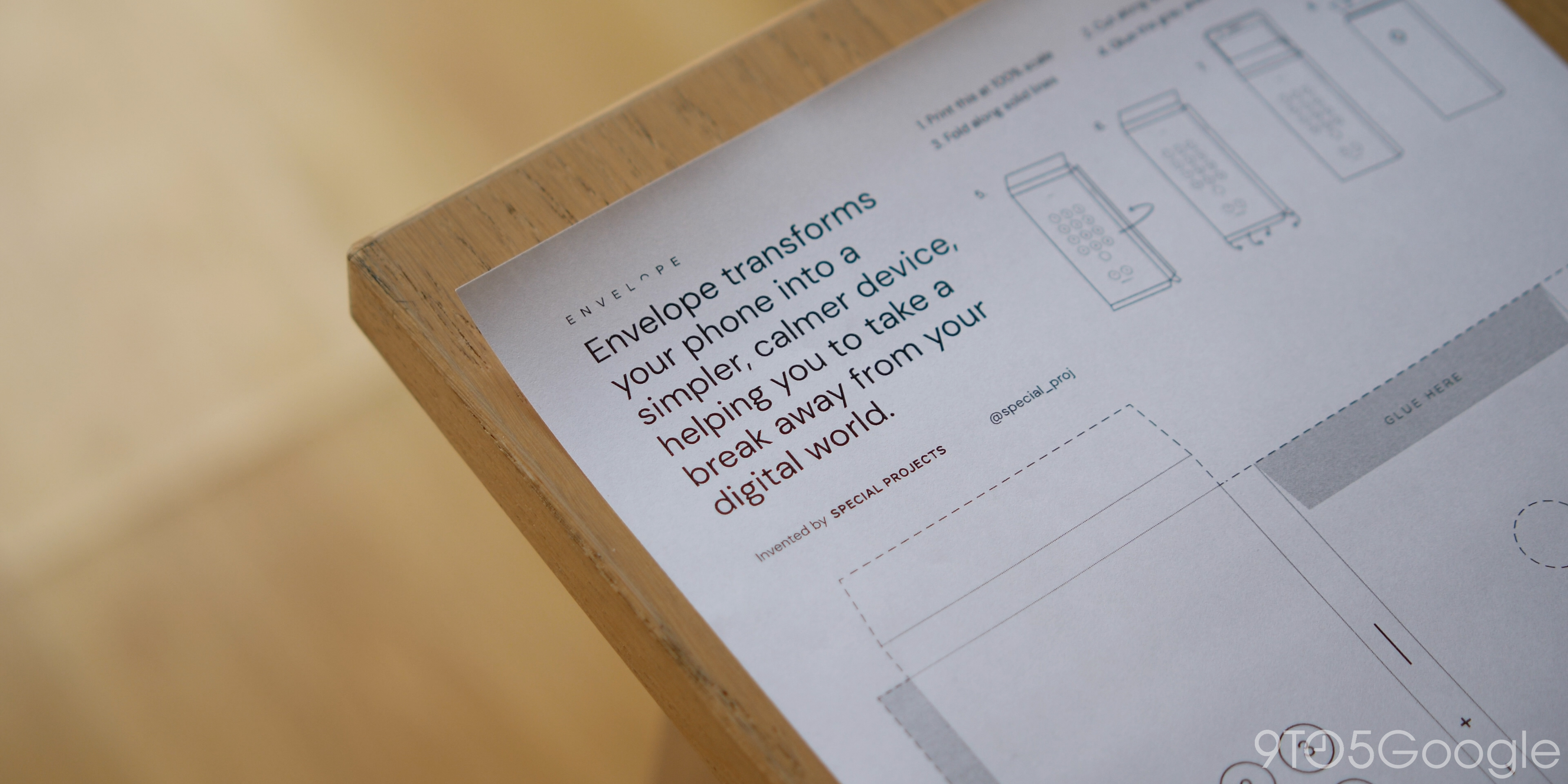 This is Paper Phone but with an envelope. You basically turn your phone into an even more basic feature phone with one of a couple of features — camera or phone. Sealing your phone inside is supposed to stop you from getting distracted, but I just ended up frustrated. I can pick up an old Nokia and do the same — although that would increase digital waste, which isn’t something we should be encouraging.

It’s only currently available for the smaller Pixel 3a (not the 3a XL) but it can be sideloaded on other phones — you won’t be able to print a “compatible” envelope, though. File this and Paper Plane under “failed experiments” as I’d sooner turn my phone off than mess around printing out smartphone origami.

Which is your favorite Digital Wellbeing app?

Have you tried some of these Google-developed Digital Wellbeing apps on your Android smartphone? Which is your favorite? Or do you have any tips of your own to help curb bad phone habits? Let us know down in the comments section below.

Alternatively, if you have any ideas of future apps that might help all of us with digital detoxes and app and smartphone overuse, then be sure to share them, too.