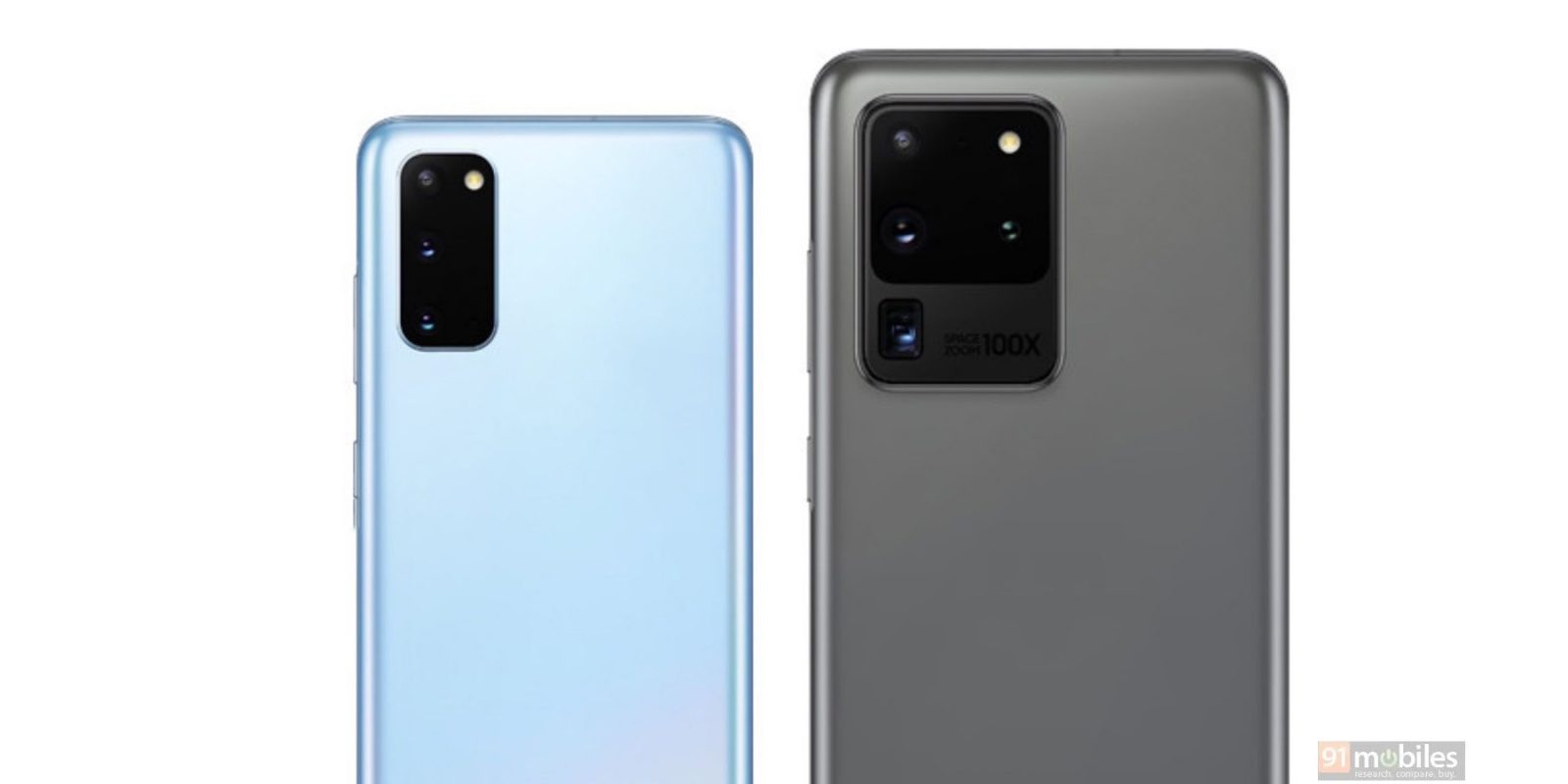 Samsung’s Galaxy S20 series is prepared to kick off the 2020 smartphone season with a bang, and as the event approaches, official renders of the Galaxy S20 have leaked.

Courtesy of Ishan Argawal and 91Mobiles, we’ve got official renders of all three Galaxy S20 variants. Let’s start with the standard Galaxy S20 and S20+. These devices are probably going to be the most popular of Samsung’s coming lineup, and they’re pretty good-looking smartphones.

Pictured below in blue is the standard Galaxy S20. That color variant is apparently called Cloud Blue and will be available for all three S20 models. Other colors for the S20 and S20+ include Cosmic Black and Cosmic Grey, with the smaller S20 also coming in a Cloud Pink option. That pink model hasn’t been pictured yet, but we’ll update this article if a render of it becomes available!

The S20+, pictured below, has an identical design to the smaller S20, but it’s a larger smartphone that also includes one extra ToF camera sensor. Both units share the same 12MP primary, 64MP telephoto, and 12MP ultra-wide shooters on the rear. This latest report also reiterates a 6.2-inch display and 4,000 mAh battery for the standard S20 with 4,500 mAh and 6.7 inches for the S20+. There’s also mention of both models arriving with a base of 128GB of storage with no higher tiers.

The Galaxy S20 Ultra is perhaps the most exciting phone in Samsung’s upcoming lineup, and its official renders paint a slightly different picture from the standard S20 models. The main change between the Ultra and standard models comes in the camera department. The sensor layout is a bit cleaner with the three main sensors in a neat square that includes the LED flash. Below that, a slightly different texture is applied to the glass surrounding the 10x “Space Zoom” lens.  That lens is used with some software tricks to create 100x digital zoom.

This device comes in Cosmic Black, Cosmic Grey, and Cloud Blue, the first two being pictured below.

Update 1/24: Overnight, Roland Quandt from WinFuture released more renders of the Galaxy S20 series, all in higher quality versus what’s shared above. That gallery can be found below, but what’s most notable is that Quandt also managed to secure renders of the “Cloud Pink” Galaxy S20.