We’re just a week away from Samsung’s launch event for the Galaxy S20, and as it approaches, the wave of leaks hasn’t stopped. Today, it’s been revealed that Samsung leaked the Galaxy S20 on its own website alongside new details about the Galaxy Buds+ including a full spec sheet.

First, let’s talk about Samsung’s new headphones. Last year’s Galaxy Buds were a popular choice for a lot of Android users, and the Buds+ look like they’ll be a considerable upgrade.

As expected, features such as active noise cancellation aren’t coming with the Buds+, but better battery life and upgraded sound are on the docket. Infamous leaker Evan Blass posted the spec sheet below that compares spec for spec what’s new on the Galaxy Buds+.

The biggest difference here comes from the battery. The Buds themselves increase from 58mAh to 85mAh, while the case jumps from 252mAh to 270mAh. Samsung further mentions that this should nearly double battery life, with playtime jumping from six to 11 hours with the Buds alone, and from 13 hours to 22 hours with the case and buds. Fast charging also gets an upgrade with just 3 minutes, providing an hour of playtime. 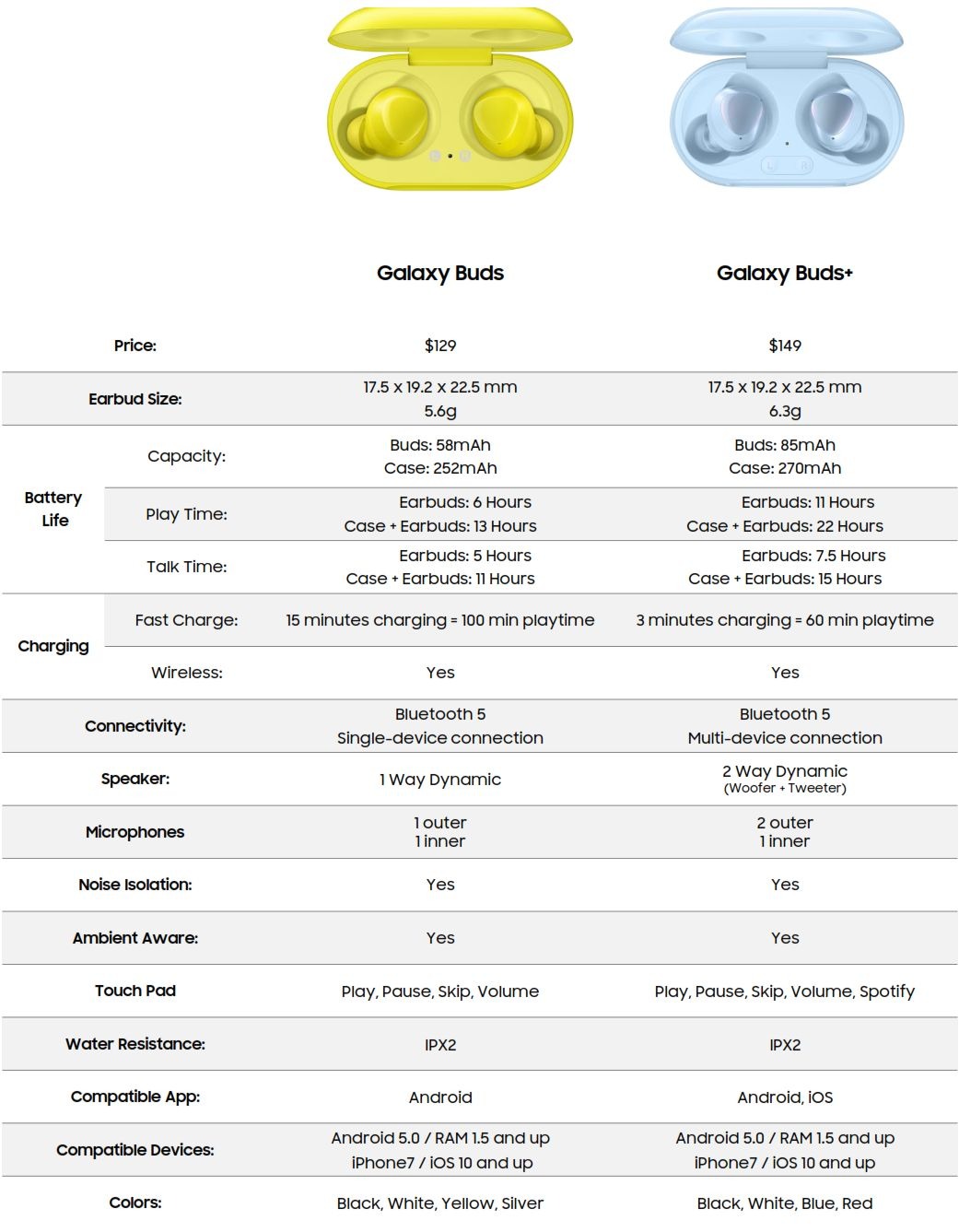 Further upgrades include multi-device connection over Bluetooth 5, an extra outer microphone, a new red color variant, and also Spotify integration of some sort. As previously leaked, the price jumps up to $149.

This isn’t the only recent Galaxy Buds+ leak either, as earlier today, Samsung itself leaked the new earbuds through Apple’s App Store. Max Weinbach posted images of the leak.

Samsung leaked the Galaxy S20 on its own

In related news, Samsung leaked the Galaxy S20 on its own website over the weekend. WinFuture captured images of the S20 leak on Samsung’s own site before it was taken down. This leak confirms the name and design, but reveals nothing that previous leaks haven’t already.

YouTuber Jon Prosser also heard about some Galaxy S20 US pricing, mentioning that it may start at a whopping $999 for the base model. I’m taking that with a grain of salt, but it’s also not entirely shocking.