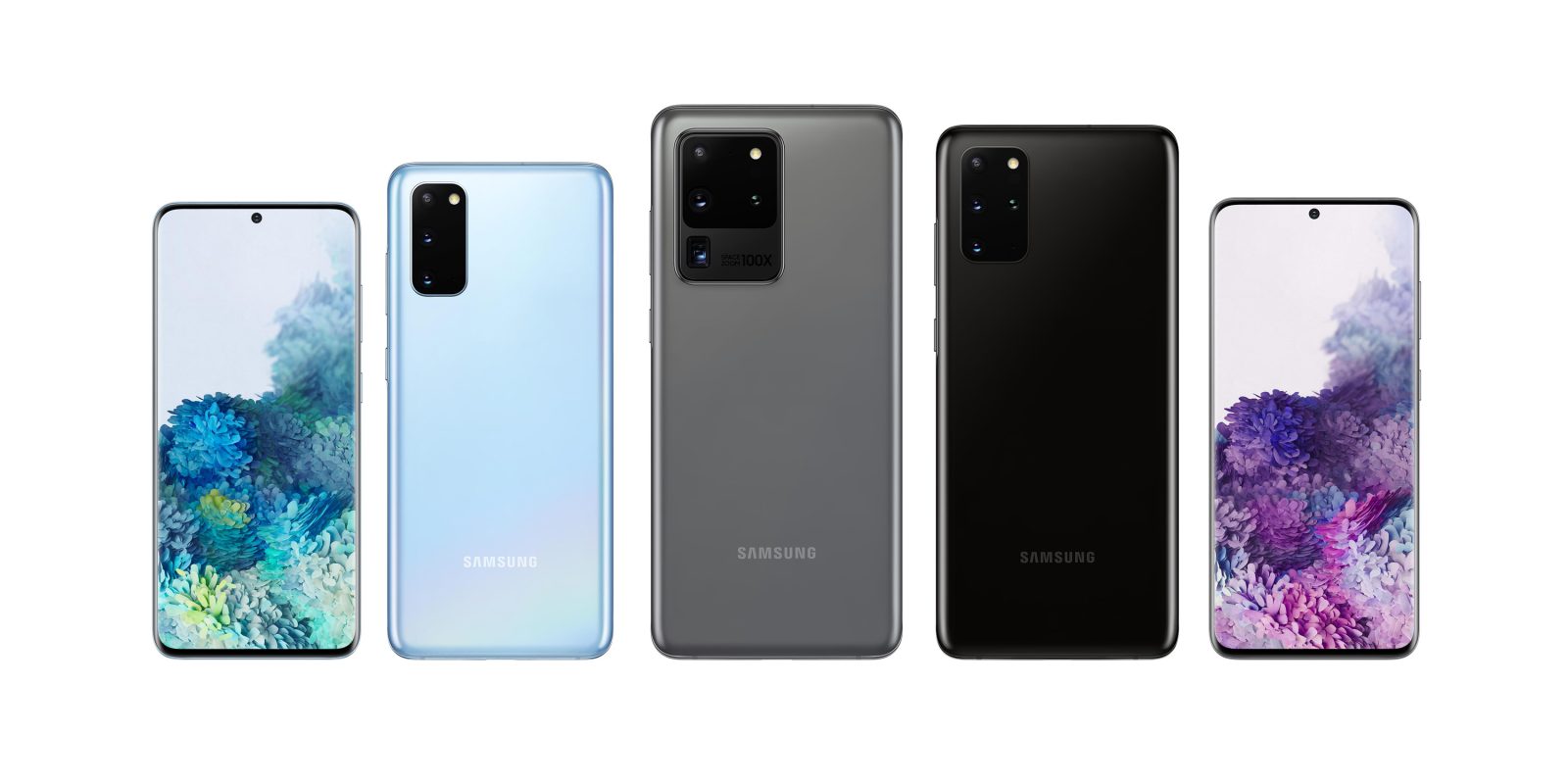 Year after year, Samsung makes some of the most popular and best Android smartphones in the world and now, to kick off the new decade, the company is starting things with a bang. The Galaxy S20, S20+, and S20 Ultra are official — here’s what you need to know about Samsung’s latest and greatest.

As has been extensively leaked, Samsung is delivering three new models of its flagship offering in 2020. The Galaxy S20, S20+, and S20 Ultra are all fully-loaded, feature-packed Android smartphones that offer just about everything you could ask for.

Galaxy S20 and S20+: Another winner for Android users everywhere

The Galaxy S20 and S20+ are Samsung’s core offerings for 2020 and they improve on a lot of things from past flagships from the company. Packed inside you’ll find the latest chipset from Qualcomm, the Snapdragon 865. That chipset is faster and more efficient than last year, and it also helps power the 5G connectivity available on all of Samsung’s Galaxy S20 lineup.

Visually, the Galaxy S20 is very similar to the S10 series. The biggest difference you’ll notice at a glance is that the punch-hole used to house the selfie camera — a 10MP sensor with 4K 60fps video recording — is now in the center of the display. The displays are also larger than ever with the S20 measuring in at 6.2-inches and the S20+ at 6.7-inches. Both displays are WQHD+ SuperAMOLED panels too.

A nice bonus on the Galaxy S20 series is that Samsung is using 120Hz panels. In other words, these displays refresh what’s being shown twice as often as a normal smartphone display, leading to a much smoother experience.

A notable change from Samsung’s past few flagships is also that the exterior glass isn’t as heavily curved. There’s still a slight curve, but it’s not nearly as dramatic as it’s been in the past.

On that display, you’ll find Android 10 pre-installed with Samsung’s One UI skin on top. That skin has been updated with a few new features, but visually and functionally it’s still very similar to what debuted on the Galaxy S10 series.

Around back, the Galaxy S20 and S20+ are also using an upgraded camera array. There’s a 12MP primary camera which is paired with a 64MP telephoto lens that produces 3x optical zoom. There’s also a 12MP ultra-wide camera. Using some software tricks, Samsung can produce up to 30x digital zoom with this setup and, thanks to the upgraded chipset inside, 8K video recording too. On the S20+, there’s also a ToF sensor.

Rounding out the Galaxy S20 and S20+ you’ll find at least 128GB of storage (up to 512GB on the S20+), a microSD card slot for expanding that storage, and 4,000 or 4,500 mAh batteries on the S20 and S20+ respectively. Both phones are also IP68 water/dust resistant with wireless charging, a USB-C port, and an upgraded speaker tuned by AKG. As for RAM, both offer 12GB as their starting option.

One thing you won’t find on the Galaxy S20, though, is a headphone jack. After a few years holding on to the port, Samsung has finally ditched it with this latest generation.

Galaxy S20 Ultra: The ultra-premium flagship no one needs, but power users will want

Moving on to Samsung’s ultra-premium flagship, the new Galaxy S20 Ultra holds absolutely nothing back. This device has the same basic specifications as the normal S20 — Snapdragon 865, AMOLED display, USB-C, wireless charging, IP68, Android 10, etc — but puts everything on steroids.

Storage on the S20 Ultra goes up to 512GB, and still with that microSD card slot to upgrade things by another 1TB. This phone might even offer more RAM than your laptop with up to 16GB on-board.

The display is also a 120Hz panel, but this time at a huge 6.9-inches. To power the extra screen real estate, there’s also a bigger 5,000 mAh battery. In the display’s punch-hole, there’s a 40MP camera too.

Perhaps the biggest standout feature of Samsung’s Galaxy S20 Ultra, though, is its camera array. The main rear camera is a 108MP sensor which is backed up by a 48MP telephoto lens with 3x optical zoom, a 12MP ultrawide camera, a ToF sensor, and a 10x optical zoom camera sensor too. Using software, Samsung can boost that to 100x digital zoom, a feature it’s calling “Space Zoom.” Of course, this setup also puts out 8K video recording too.

Pricing on the Galaxy S20 series is also sure to turn some heads. Samsung has slowly been inching up over the past few years, and with the Galaxy S20 the price of entry is at minimum $999. Of course, there are plenty of carrier deals to help with that, but just know these phones are not cheap.

Pre-orders for the Galaxy S20 series start February 21st from Samsung’s website with shipments arriving in early March. Trade-ins are also available with as much as $700 in credit.