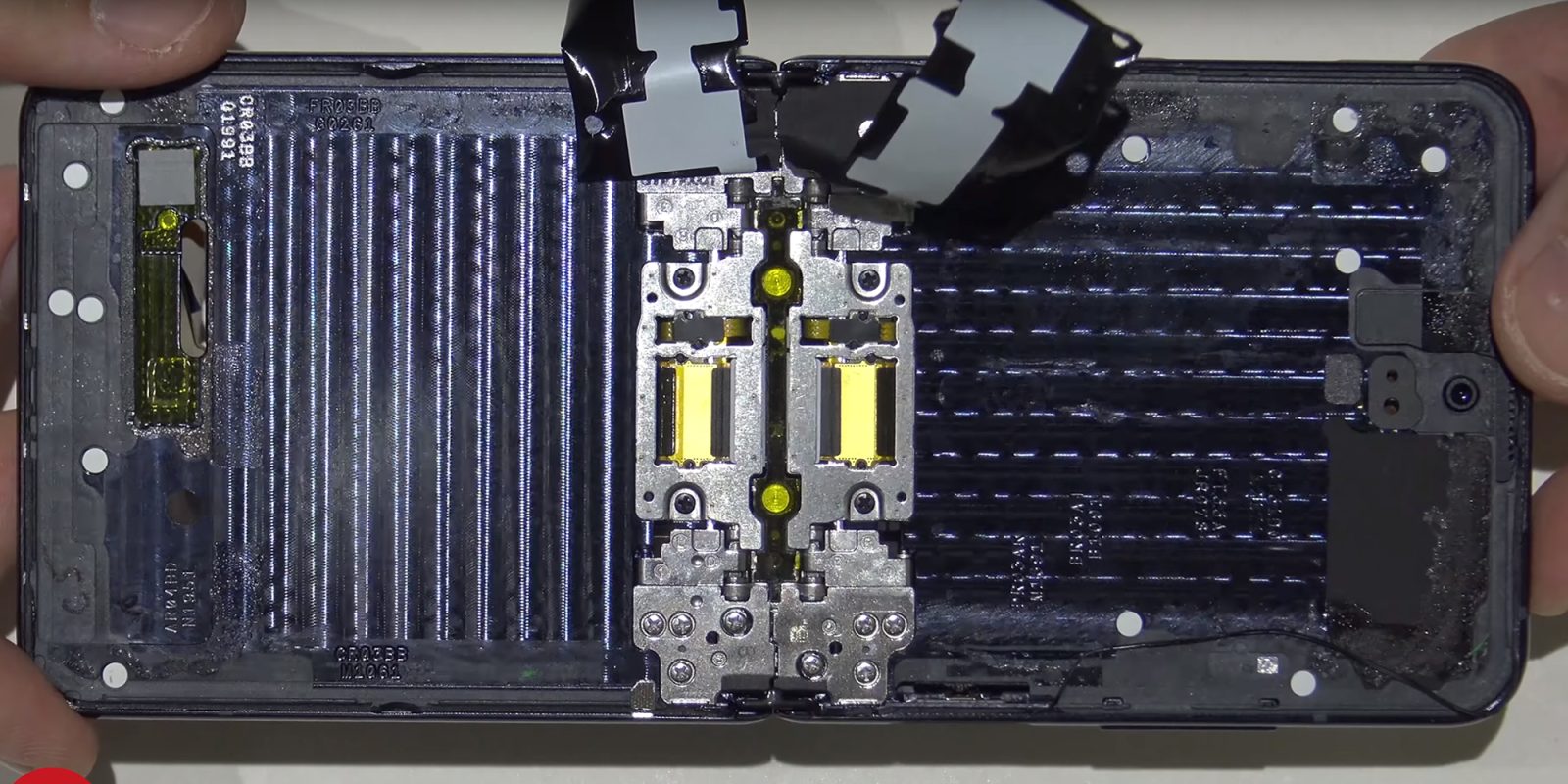 With the Galaxy Z Flip attracting controversy due to the softer than suggested “glass display,” a recent teardown of the device hints that the foldable might actually be easier to repair than first thought.

PBKreviews, a smartphone teardown channel in the mold of iFixit, has taken the $1,380 device to pieces to better understand just what — if anything — can be repaired on this second-generation folding Samsung smartphone. Throughout the 12-minute video we get to see the entire makeup of the handset, with particular attention paid to the display.

The display manages to come away with no major issues once you remove the plastic outer bezel that helps prevent dirt and dust getting in. It takes a little heat to the edges to loosen any adhesive and then can slide right off in one piece — as the new T-peg hinge design helps keep the display crease flush and in place above the folding mechanism.

We saw that iFixit gave the only other flip foldable smartphone a 1/10 repair rating — and was “one of the most complex phones ever.” By contrast, this Galaxy Z Flip teardown looks far more straightforward and pedestrian by comparison. Unlike the Razr, the Z Flip doesn’t seem to rely quite as heavily on adhesive for structural integrity in the same way, being far more “packed” with internal components.

The back covers can be removed reasonably easily, which really enhances the potential repairability factor. This means a potential battery replacement from a third party might be far more likely than it will be for the Razr. For those that were worried about exorbitant repair costs on their admittedly expensive handset, this will likely be good news.

While we await iFixit’s own teardown and repairability rating, this is all promising for the Samsung Galaxy Z Flip.