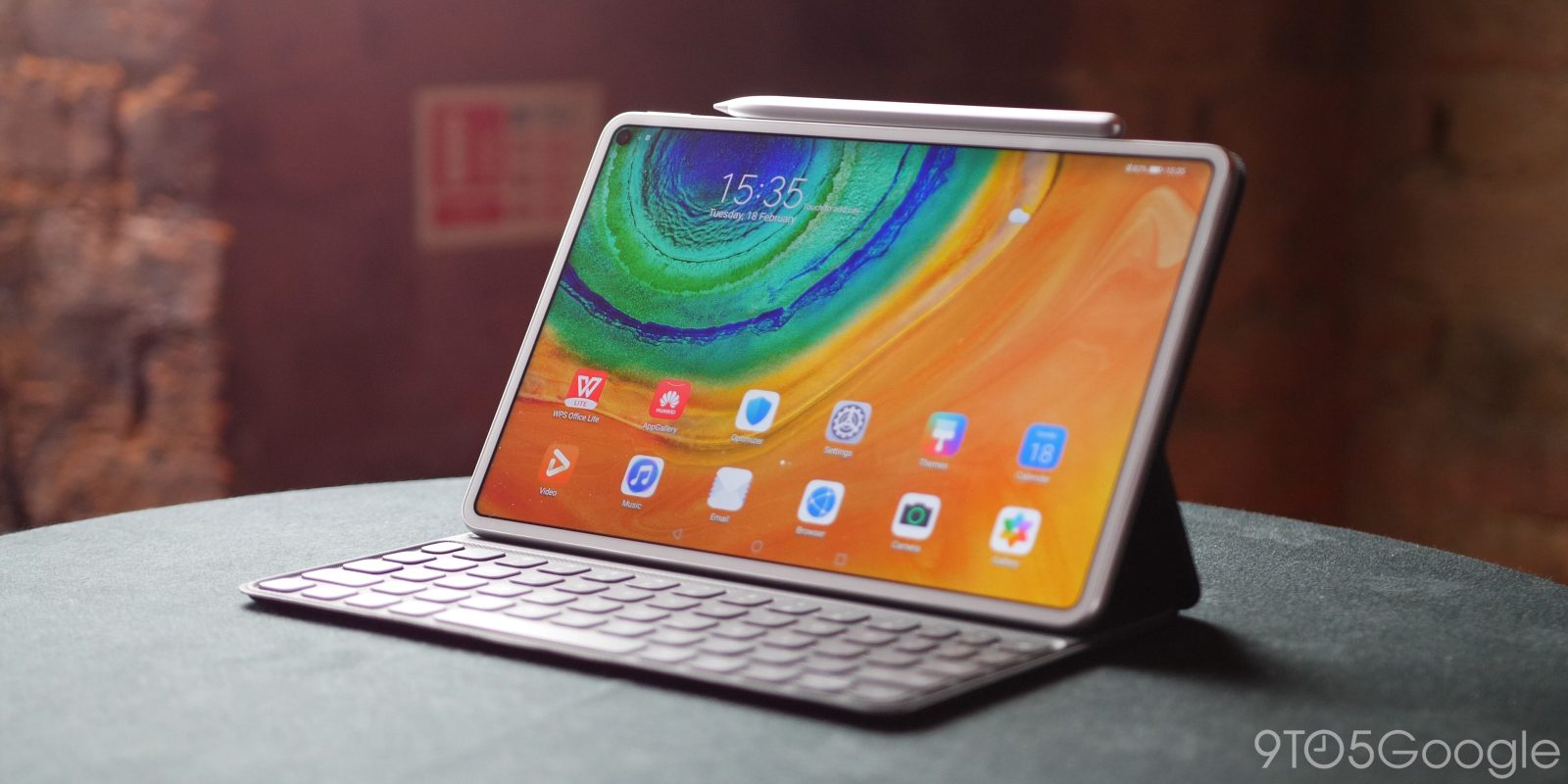 The Huawei MatePad Pro 5G bears an uncanny resemblance to one of Apple’s finest products. At a time when “good” Android tablets are shockingly few and far between, could this be the answer many of you have been waiting for? We’ve gone hands-on to find out.

If you cast your mind back, you might remember that Huawei has released this tablet in China already in 4G. This updated version includes a slightly bumped chipset and some refinements ahead of launch outside of mainland China.

The MatePad Pro 5G will go on sale outside of that region, and considering that the Google Play Services ban is still in place, it will come with Huawei and third-party alternatives pre-installed as standard.

This definitely feels less of a major issue on a tablet than on a smartphone, but might be a dealbreaker if you are adamant that sideloading certain applications is not something you want to have to do right out of the box. Google has even advised that sideloading apps could “compromise user security.”

With restrictions in mind and globally availability potentially limited, do we have a proper Android-based iPad Pro competitor — with some caveats? We’ve gone hands-on with the Huawei MatePad Pro 5G to find out. 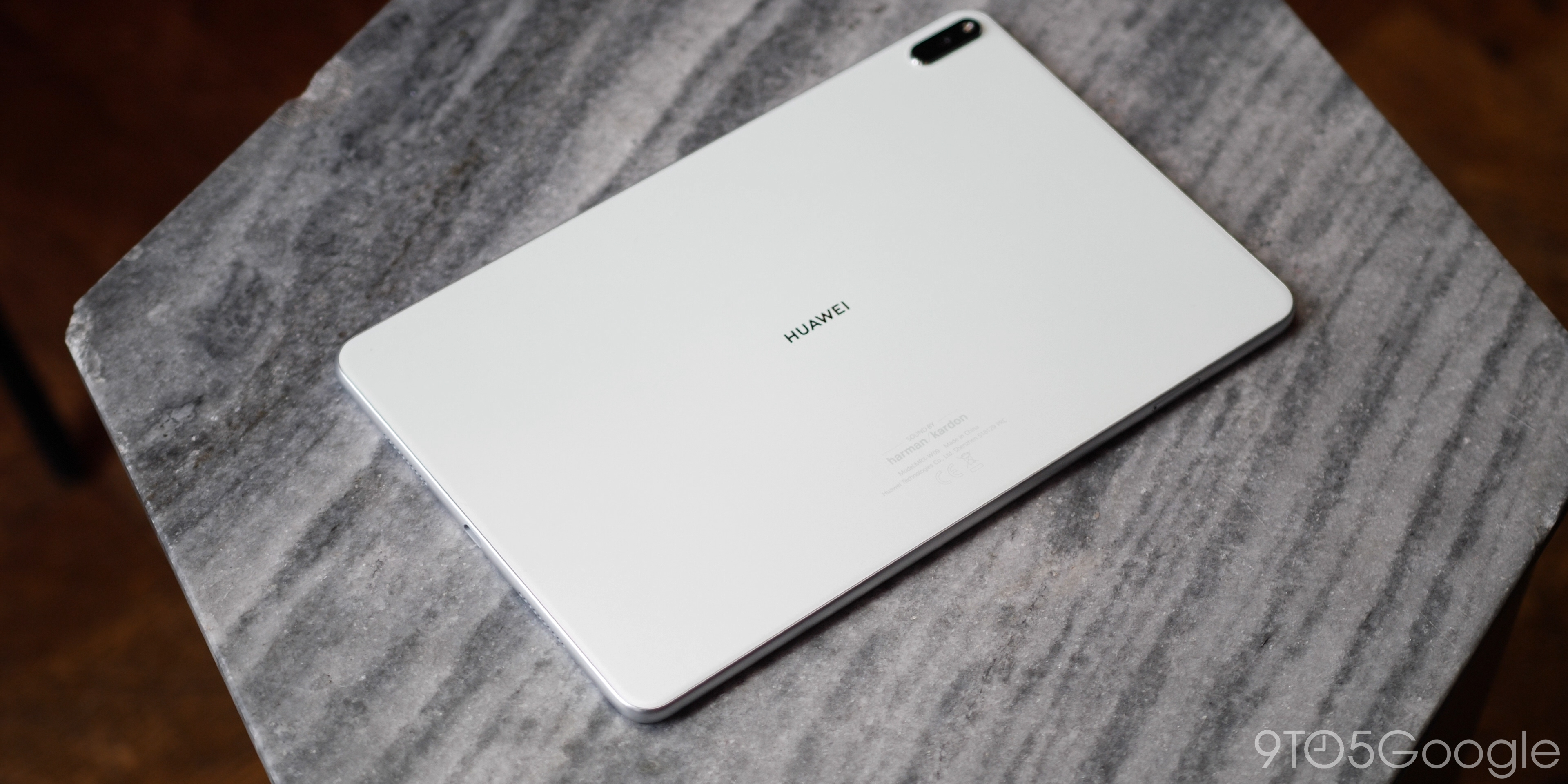 Right off the bat, it looks familiar to a popular iOS model, but in typical Huawei fashion, the refinements are far more noticeable when you get the product in your hands.

Huawei has shaved off bezels and made a tablet that manages an impressive 90% screen-to-body ratio. There are no tablets on the market that can boast the same, although it’s unclear if people are buying devices based upon shrinking bezels.

That means that the 10.8-inch body feels very much like all-screen, which definitely helps the sense of immersion. We’re sure that videos and movies will be outstanding on the 2560 x 1600 AMOLED display. Adopting a 16:10 aspect ratio and support for the full DCI-P3 color gamut means that you not only get reduced black borders, it also means that blockbuster movies really pop. Combine that with the dual stereo speakers, and everything feels that bit more immersive and enjoyable. 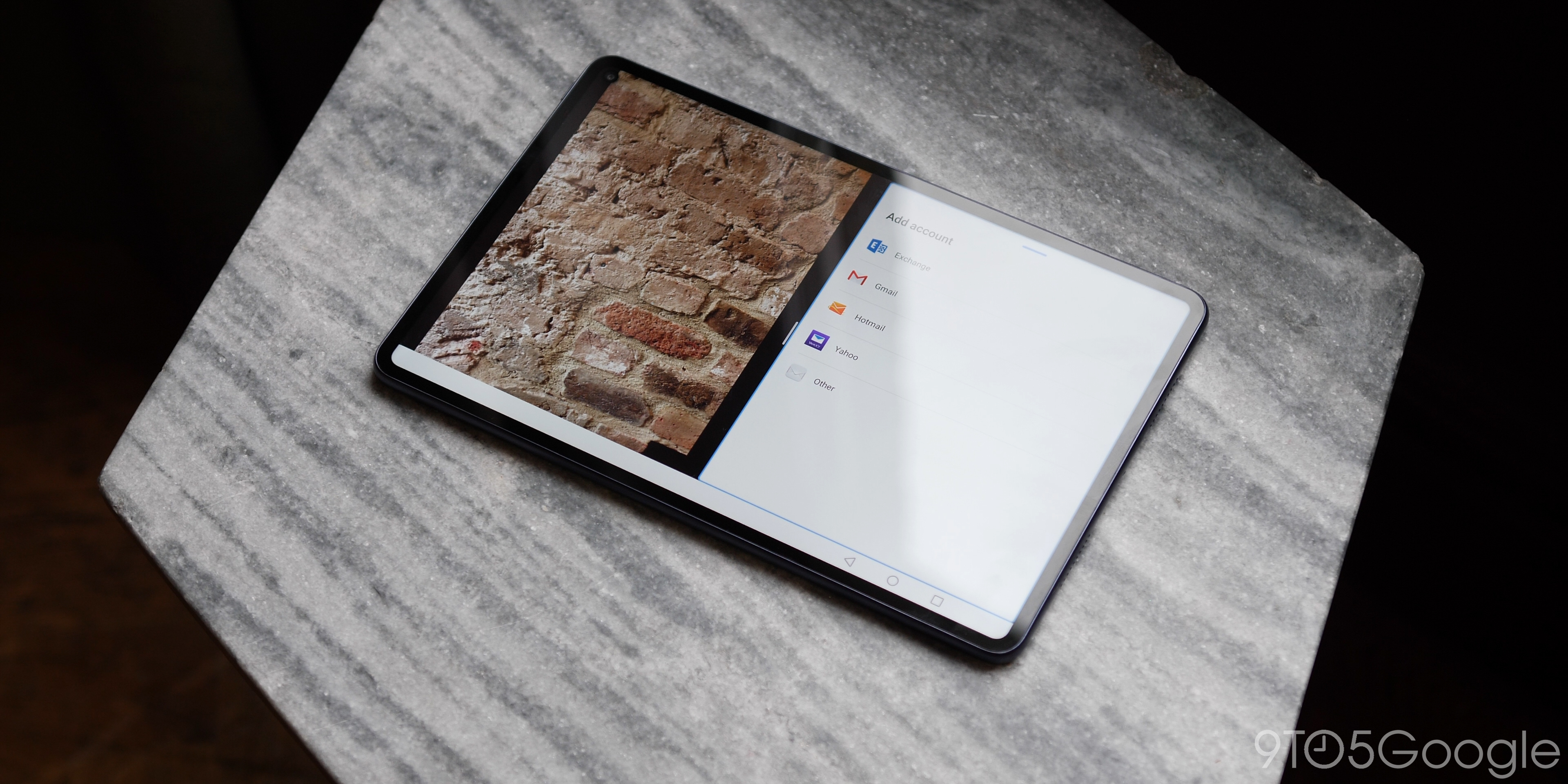 With a 7,250mAh battery, it should manage comfortably all day without issue and can even be used to top up your other devices, thanks to the inclusion of reverse wireless charging. Without a SIM card installed, the MatePad Pro 5G should be a solid all-day performer.

There is also room for a dual-camera setup on the rear and a front-facing camera if you want to do your best impression of a middle-aged family member at a function by taking photos in public with a 10-inch device. 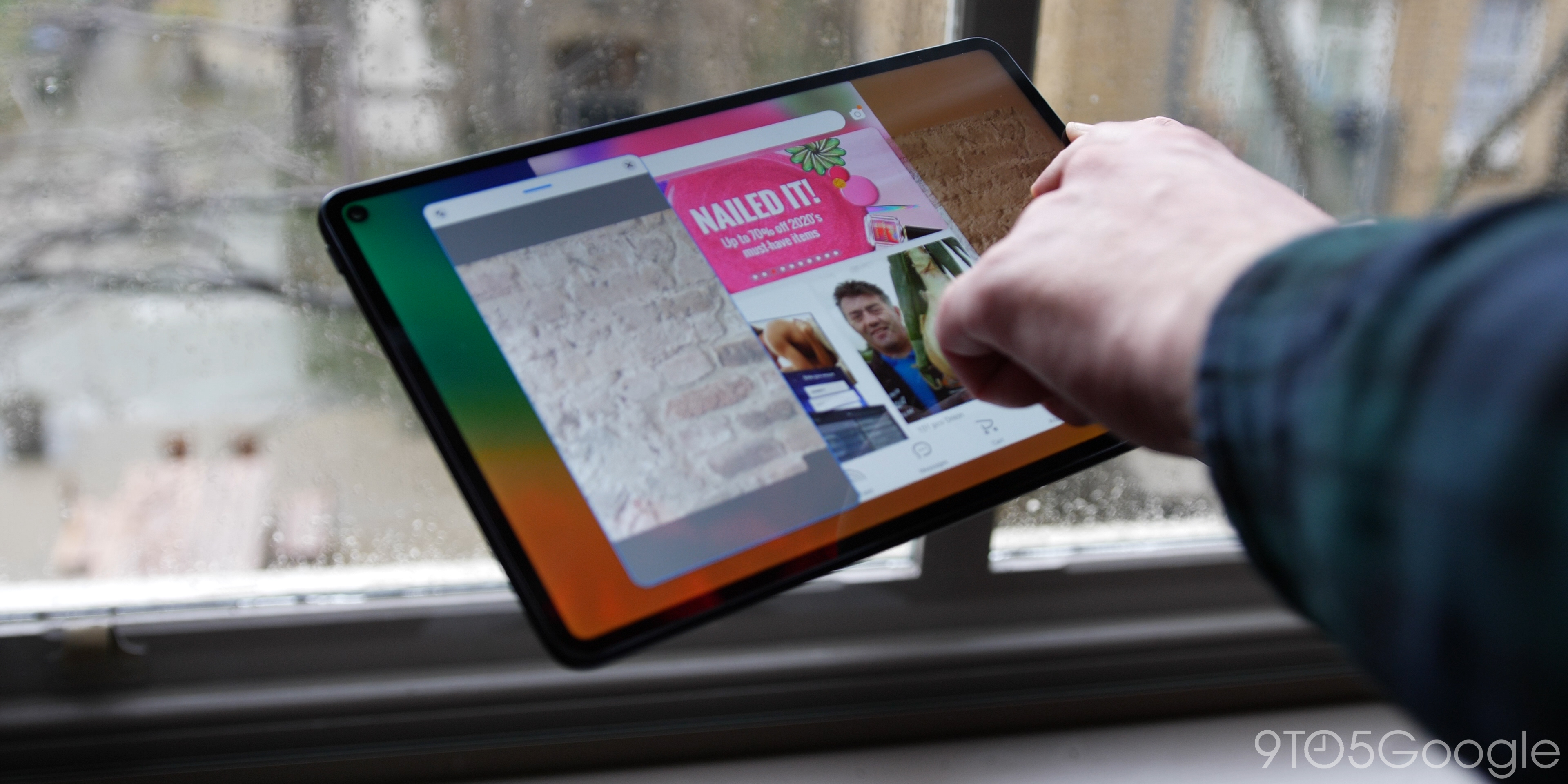 The elephant in the room, again, is the distinct lack of official access to Google Play Services on the Huawei MatePad Pro 5G. On a tablet though, that is almost no issue whatsoever, as this isn’t a smartphone after all, and will have quite different uses. Having access to 5G connections means that you can use the MatePad 5G as a “big smartphone” if you really want to — just without access to GMS and the Google Play Store.

In our hands-on with the Huawei Mate Xs and review of the Mate 30 Pro, it’s clear that with our Android smartphones we’ve relied heavily on Google Play Services for a long time. Tablets — at least on the Android side — are far less of a concern. The larger screen real estate means that a browser experience tends to be far more fully fledged, so you can experience many Google services as you would on a desktop with little experience degradation. 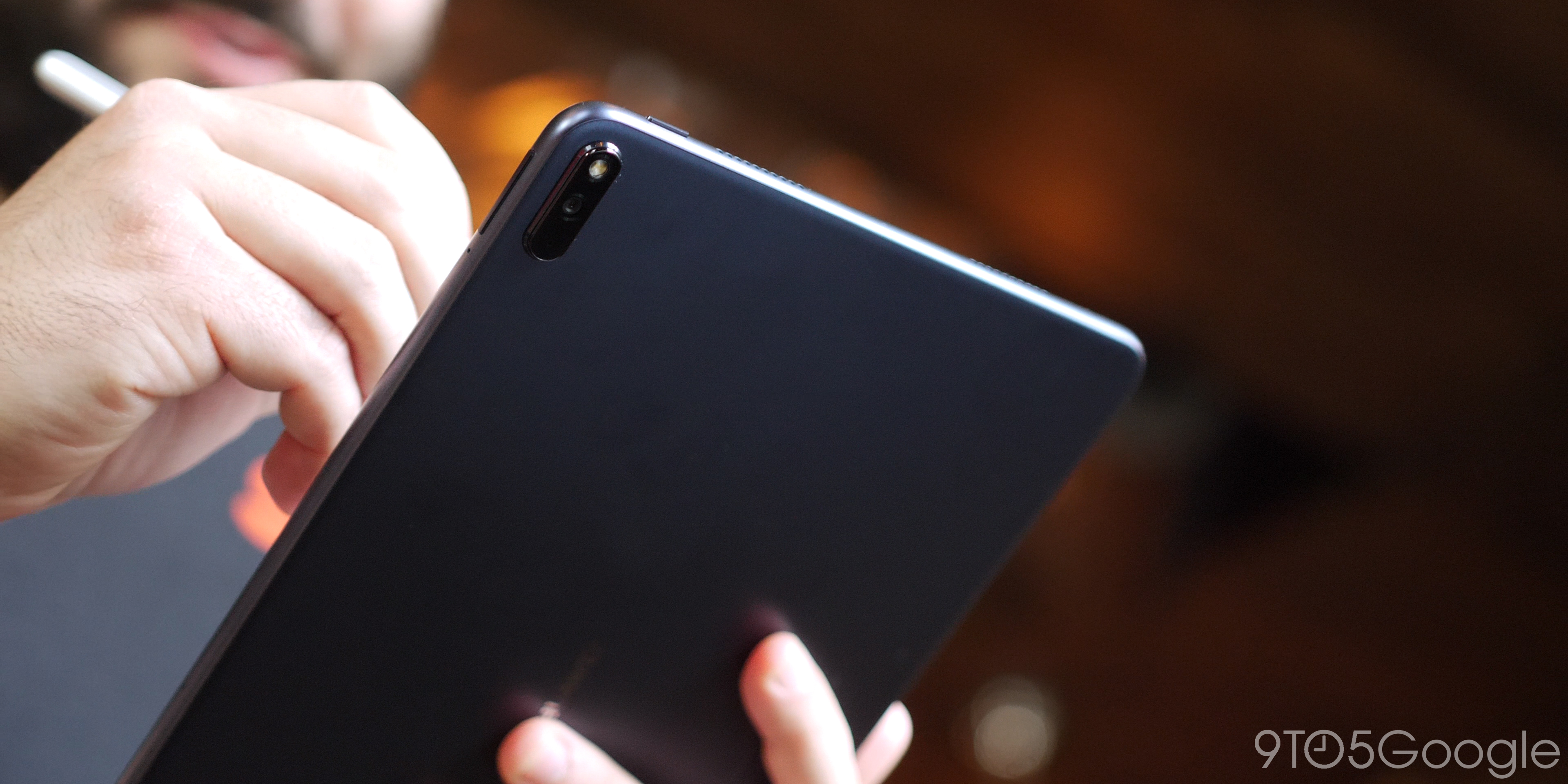 Performance is superb, thanks to the Kirin 990 5G chipset, which is ever-so-slightly faster than the standard 4G-only version. There is likely nothing you would want to do on this tablet that will falter or be an issue. The addition of 5G connectivity means that once those superfast networks are fully realized, online gaming should be a breeze. It was heavily touted prior to the launch event, but, at the moment, 5G is so scarce that it is difficult to see the benefits in person.

Huawei’s EMUI 10 based upon Android 10 is present and correct, and given the internals, this is arguably the fastest Android tablet out there. It’s unclear just how the Chinese firm will tackle the eventual Android 11 release, or if the MatePad Pro will receive it. However, at present, it still runs perfectly.

The lack of direct access to Google apps doesn’t necessarily hinder the Huawei MatePad Pro 5G like it currently does with some Huawei smartphones. The chipset and 5G support mean that there are some really obvious opportunities for people out there who want a second screen for videos, gaming, and just general browsing.

The fact that the Android tablet market has slowly dwindled means that getting a device that has actual high-end specs, some decent peripherals, and a gorgeous display feels like a bonus that some will no doubt be looking for. The Huawei MatePad Pro 5G delivers these in spades.

Unlike a smartphone without access to Google Play Services, it feels like the MatePad Pro 5G might be the easiest Huawei device released since the US trade issues to actually recommend picking up.