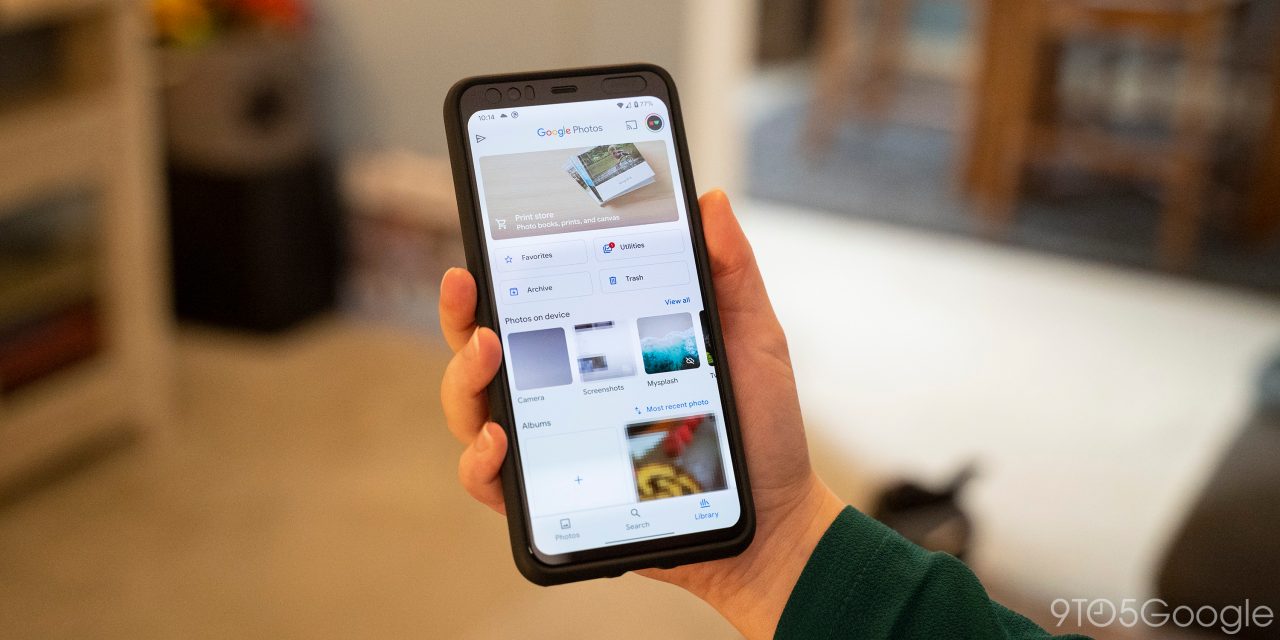 For years, the hamburger menu was a core part of Android app design, but Google has slowly been shifting away from that over the past couple of years with several bottom bar redesigns. Now it looks like Google Photos might be ditching the hamburger side menu, with a new “Library” tab taking its place.

The side menu in Google Photos for Android in its current form houses options including the print store, settings, and library features such as device folders, the archive, trash, and the “Free Up Space” feature, too. Outside of that section, there are four tabs in the main interface for photos, albums, “For You,” and sharing.

Shortly after Jane Wong posted it, we were also able to enable a new interface Google is testing for Photos on Android.

With this new interface, the hamburger side menu in Google Photos would be ditched entirely with a new section added to the main interface simply called “Library.” This tab houses options such as the print store, archive, favorites, albums, and everything else that currently resides in the side menu.

In this new interface, Google Photos only has three tabs for Photos, Search, and Library. It’s unclear what the Search tab will house since it crashes for us, but the sharing menu takes over the place of the previous side menu shortcut. This menu looks identical to the current Sharing menu, despite the new button location. As a side note, I hope Google will swap out the icon, as the current one doesn’t imply sharing at all.

There are still a lot of questions around this new interface, especially where all of the “For You” contents are relocated, but it certainly seems like this is the direction Google wants to go. It might be for the best, too, given changes to Android.

Update 3/4: While an official rollout hasn’t started — at least not on a widespread basis — some users have reported some of these UI tweaks on their Android devices. Android Police was able to capture two variations of this new design, one with 4 tabs and another with 5. These screenshots also give us a first peek at the “Search” tab which wasn’t working previously. It’s a bit more complex than we first thought with sections for albums, people, and a list of other options that previously sat within the side menu. There’s also a new “Recently Added” filter.