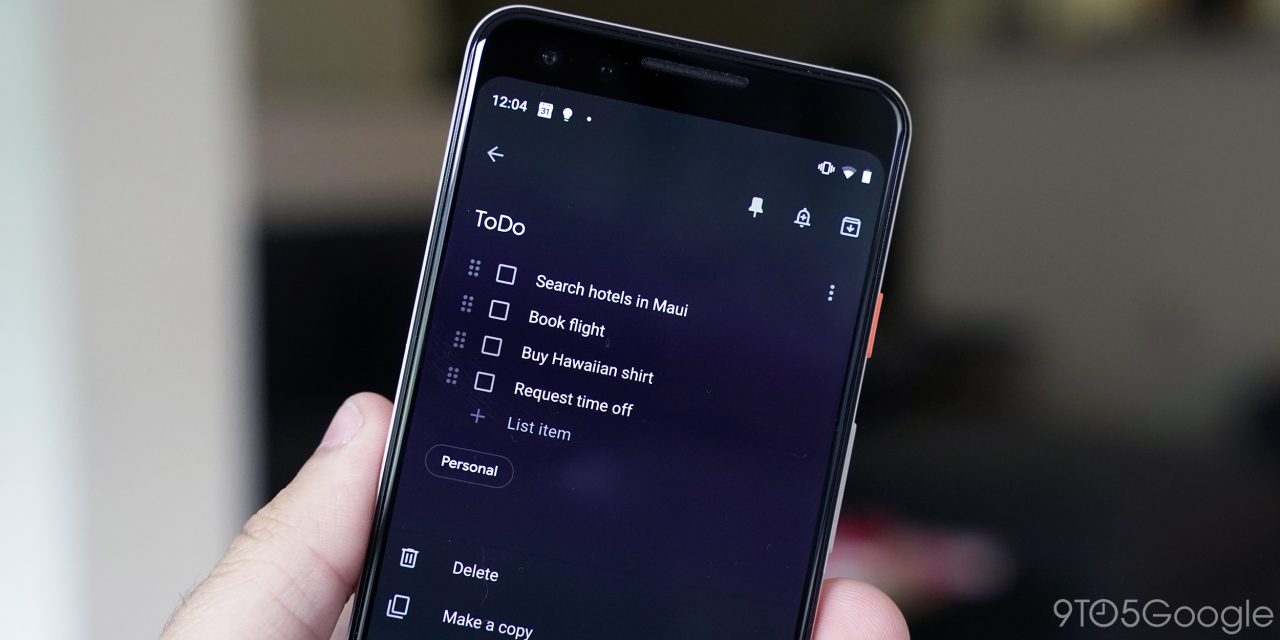 Google Keep rarely gets updated these days, but it’s mostly feature-complete following dark themes earlier this year for Android and the web. The mobile client today is rolling out a Material Theme bottom app bar with inset FAB.

Previously, the left side of the bottom bar had a “Take a note… ” field that opened a blank screen when tapped. To the right were shortcuts for creating a new list, drawing, audio recording, and adding an image.

Google Keep is now rolling out a design that moves those four shortcuts to the left, while there’s now an inset Material Theme FAB to the right that makes use of the four-colored plus sign found in Gmail, Calendar, and other revamped G Suite services. By having the button inset — instead of overlapping — with a curve out, it is visually more prominent. Additionally, the bar is partially transparent and remains docked as you scroll.

It’s a minor tweak that modernizes and declutters Google Keep by no longer having text at the bottom of the screen, which allows for increased spacing between actions. The floating action button is a ubiquitous enough element that it does not need further introduction.

This change is rolling out via a server-side update and live on only three out of six devices we checked today running version 5.19.451.03.40 on Android. Meanwhile, the Google Keep Material Theme FAB is widely available on iOS.