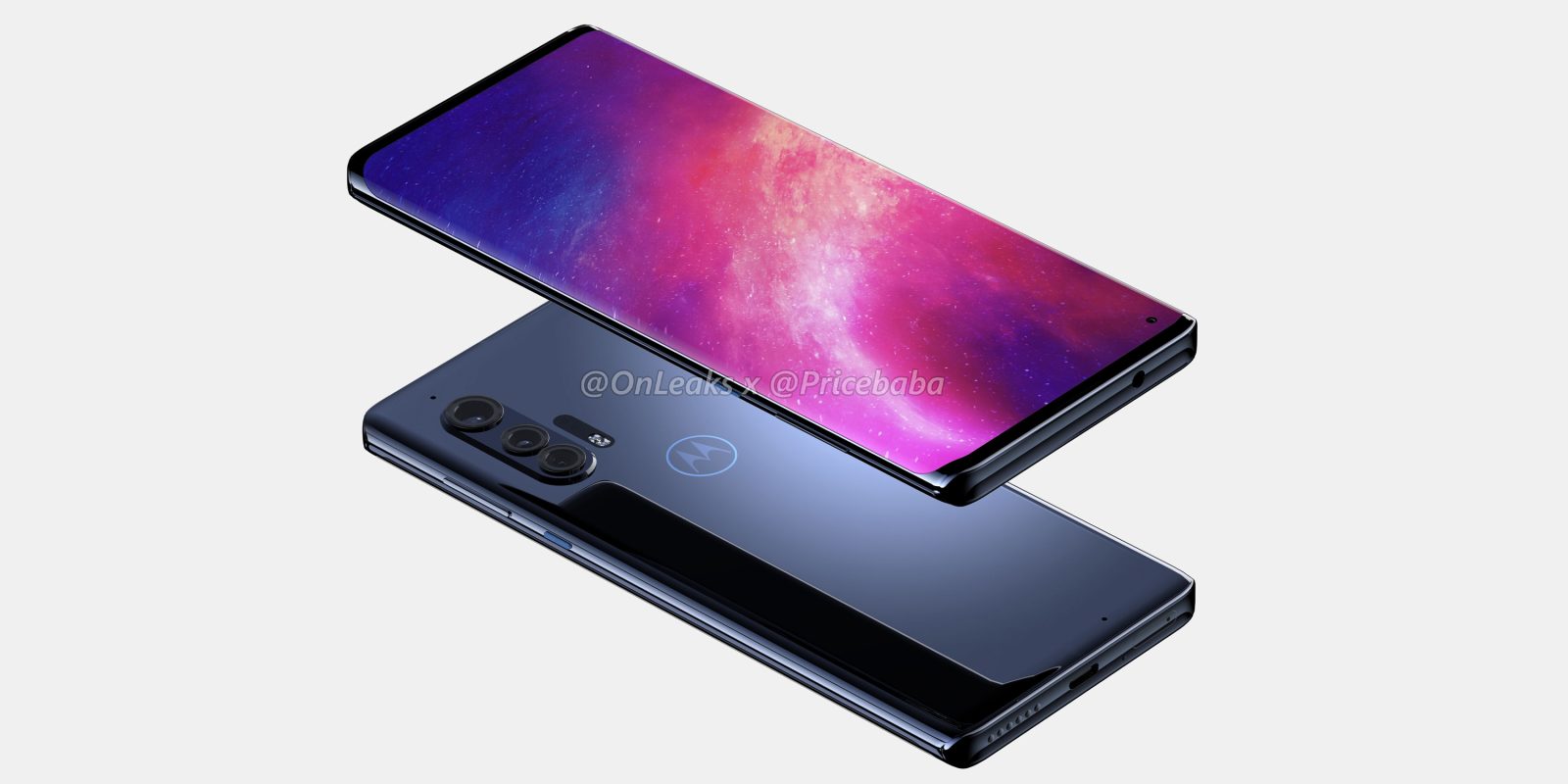 Renders have leaked giving us a glimpse at the upcoming Motorola Edge+, with the supposed flagship coming with some interesting hardware.

These leaked renders come courtesy of @OnLeaks and PriceBaba, with the CAD-based renders giving us more than a massive hint of what the Motorola Edge+ will have in store. Unlike many other Motorola devices, this seems very much like a high-end handset with a look and finish to match.

[Update 03/17]: Thanks to Evan Blass (aka @evleaks), we’ve now got a better look at the upcoming Motorola Edge+ in the form of what look like official press renders. The design was originally unearthed by XDA-Developers and looks particularly striking given that Motorola has sat within the mid-range for some time since being acquired by Lenovo.

We also get to see two of the upcoming colors in the form of a steel blue and sort of maroon. There isn’t a great deal more we can glean from the press renders but they do match up perfectly with the CAD-based images seen previously.

The headline inclusion is that of an uber-curved waterfall display, which has a punch-hole notch in the upper left. These curves definitely won’t rival the Xiaomi Mi Mix Alpha but they do remind us of the Mate 30 Pro’s big curves. The display itself could measure in from 6.5-inches to 6.8-inches, which means this will be a big device no matter the exact measurements.

At the rear, we find a triple camera setup in a vertical layout. No details are known about the trio of lenses and resolutions on offer, but the renders do showcase a massive cut-out. That does hint that this could potentially be the 108-megapixel sensor being used for the main lens — although we don’t yet know.

On the bottom edge, there is also a cutout for the headphone jack, which would make this one of the few 2020 flagships giving you the option of wired audio via a 3.5mm port. The leaks also suggest that the Motorola Edge+ will pack in a massive 5,170mAh battery, which will come with fast-charging.

No other details of the device are yet known, but we’d expect that the Motorola Edge+ will ship with Android 10 out of the box — given this is expected to be a 2020 flagship.