Projectors have become a fairly popular option for watching movies at home on the biggest “screen” possible. Some of them even pack Google’s Android TV platform. Now, Anker has announced that its upcoming Nebula “Cosmos” projector is adopting Android TV.

Announced in late 2019, the Cosmos and Cosmos Max are projectors that are currently raising funding on Kickstarter under Anker’s Nebula brand. Our colleagues at 9to5Toys have the full details on these projectors, but the short versions is that both can display a 150-inch image with 1080p at 900 lumens on the standard and 4K at 1500 lumens on the Cosmos Max. 3D audio is also a selling point of both models with up to four 10W speakers driving the experience.

Android TV is already used in some other Nebula projectors, but the Cosmos collection was originally supposed to ship using a build of Android 9 based on AOSP. In that case, the device would have lacked the Google Play Store and access to a lot of TV-optimized apps.

Now, Anker’s Kickstarter for the Nebula Cosmos Max has hit one of its stretch goals which bring Android TV to the projector. Anker says it has partnered with Google to bring Android TV to both the Cosmos and Cosmos Max. This not only opens up the Play Store for these projectors, but also brings Chromecast Built-in and Google Assistant to the table. 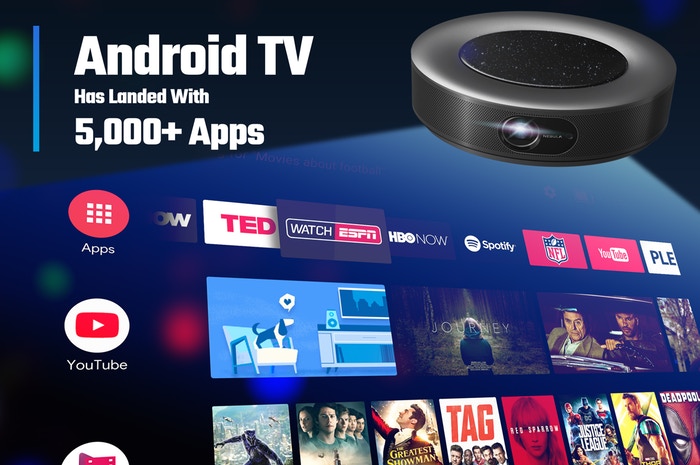 Due to the extra development time needed to integrate Android TV and also the effects of the COVID-19 outbreak, Anker currently estimates that Cosmos units will start shipping in July of this year. The standard Nebula Cosmos costs $699 while the Cosmos Max costs $1,699.