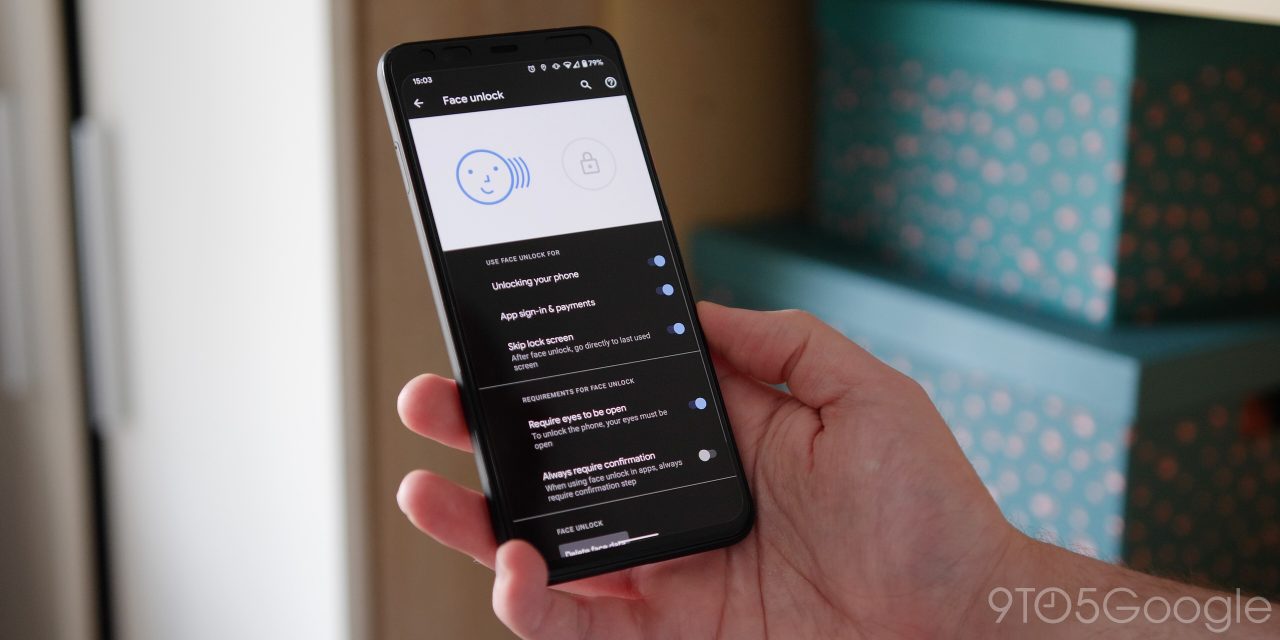 At launch, the Pixel 4 and Pixel 4 XL saw some critique for not having an option to require that your eyes be open during the face unlock process. Android 11 DP2 last month introduced that preference, and it’s now available on Android 10 with the Pixel 4’s April update.

The security patch rolling out this morning introduces a “Require eyes to be open” setting in the Face unlock menu. It joins “Always require confirmation” under the “Requirements for face unlock.”

Once enabled, your eyes simply must be open to unlock the phone. This foils people accessing the Pixel 4 by holding it up to a sleeping person’s face. It can also in theory help reduce accidental activations.

At launch last October, it was clear that Google prioritized speed — as aided by Motion Sense and Soli to ready the IR camera system — to differentiate itself. There were signs that this security measure was in development before the 2019 flagships launched in October, with Google confirming that it would be added in a future update.

For those concerned, the company recommended enabling “lockdown” from the power menu so that a passcode is required to unlock. This “require eyes to be open” preference just missed the Pixel Feature Drop in March, but first rolled out with Android 11 Developer Preview 2.

Meanwhile, the Pixel 4’s April update also addresses a memory leak that prevented additional Bluetooth Low Energy connections, as well as a fix for dropped Bluetooth audio input during a call. There’s also a patch for lag when opening the keyboard in certain apps.