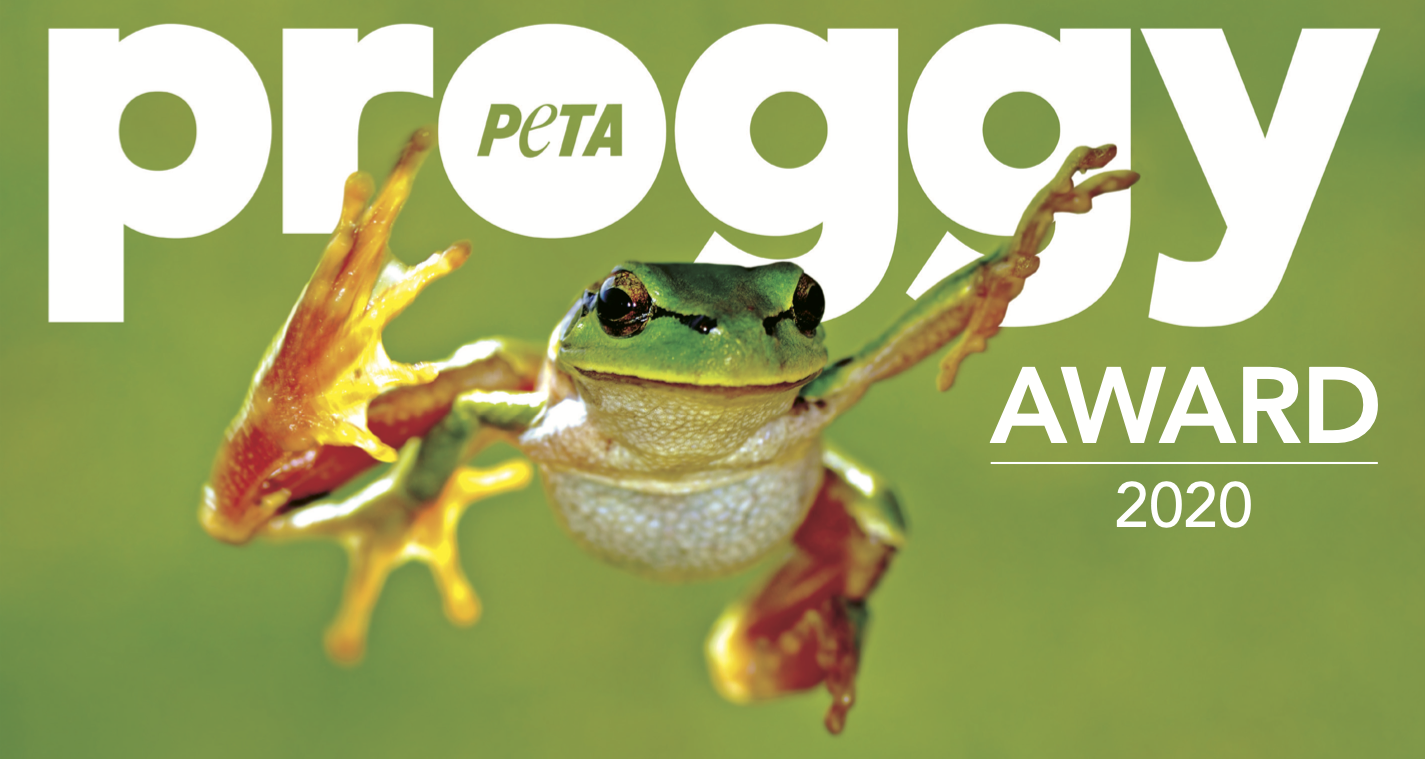 Google has secured a Proggy 2020 (froggy… proggy… progress… get it?) award from PETA for its 3D animals augmented reality feature in Google Search, the non-profit announced today. PETA’s “Proggy” awards typically recognize people and brands that are helping to create a more humane world.

There’s been an undeniable overlap between the recent popularity of Google’s AR feature and the Netflix hit docu-series Tiger King — we’ve seen in our own polls that the Tiger is by far the most popular of the 3D animals in Search. PETA had equal praises for Tiger King in its press release today, saying it “exposes the cruel underbelly of captive-animal displays.”

But the animals you can view harm-free in Google’s 3D animals feature extend far beyond tigers. Even as recent as this past weekend, Google surprised 3D animals fans with a (very large) Easter Bunny.

“The animals range from big cats and bears to sharks, snakes, wolves, and more,” PETA says in its press release today. “With no roadside zoos in sight.”

“Captive animals are involuntarily confined for a lifetime with no hope of ever being free,” says PETA President Ingrid Newkirk. “That’s why PETA is recognizing Google for offering a way to view animals up close, without harming them—and we hope this will turn people away from ever visiting real captive-animal exhibits.” 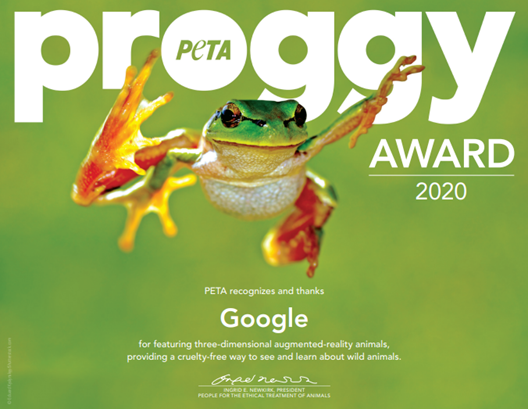 PETA says that Google will receive a framed certificate and “delicious vegan chocolate bars”. I feel like that only leaves the question of who gets to eat them. The Google Search lead? The PM overseeing 3D animals? Do they go all the way up the chain to the man Sundar Pichai himself? We’ll probably never know.