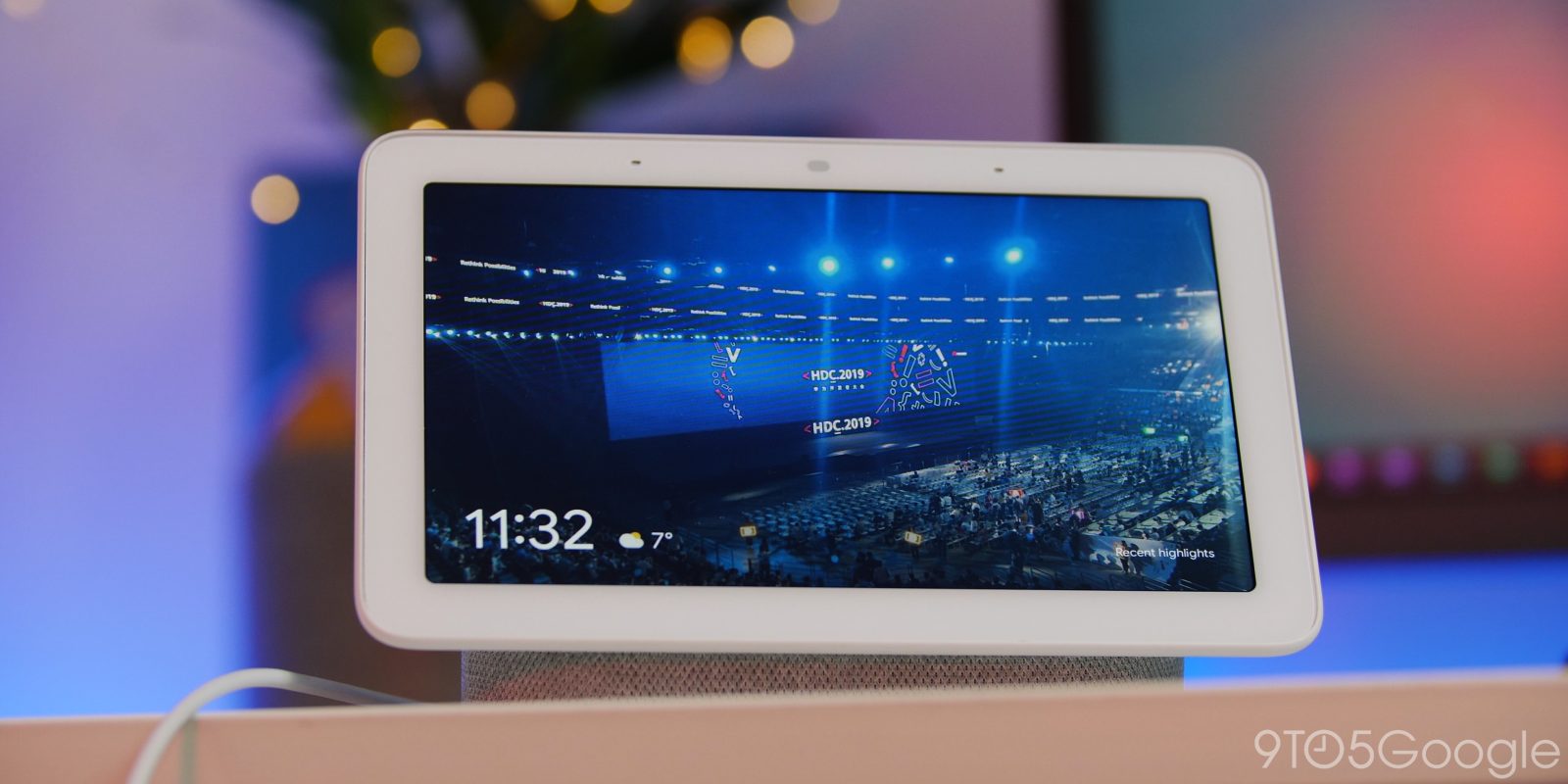 Just a week after giving free Nest Mini speakers to YouTube Premium subscribers, Google has another promo going on. Today, some Nest Aware subscribers are getting emails offering a free Google Nest Hub, but the codes, unfortunately, aren’t working.

Following the debut of new Nest Aware plans, Google is giving out some free hardware to let new customers take further advantage of their subscription. In an email, users are offered a free Google Nest Hub shipped from the Google Store, redeemable until late August.

Based on the reports we’ve seen so far, it seems like this email is being sent out to those who subscribed to Google’s new Nest Aware plans, specifically the $12/month upgraded tier. Personally, I’m currently subscribed to the base tier of the two new plans and, as a result, I haven’t got the email (yet).

It’s nice to have a little extra

Thank you for your recent order. Your new Nest Aware subscription qualified you for a Nest Hub on us. Click below or use code at checkout, valid through 7/31/20.

The catch? For one, you’ll need to be located in the United States to redeem the code. Other than that, this is a pretty straightforward offer.

Well, it would be. So far, there are no reports of the promo code working when trying to redeem it. Based on a recent, similar situation, this will probably be resolved relatively soon. We’ll update this article when Google responds or

Update: As of about 8:45pm ET, we’re seeing the codes are now working for those who received them. Shipping dates, though, may be delayed for some. 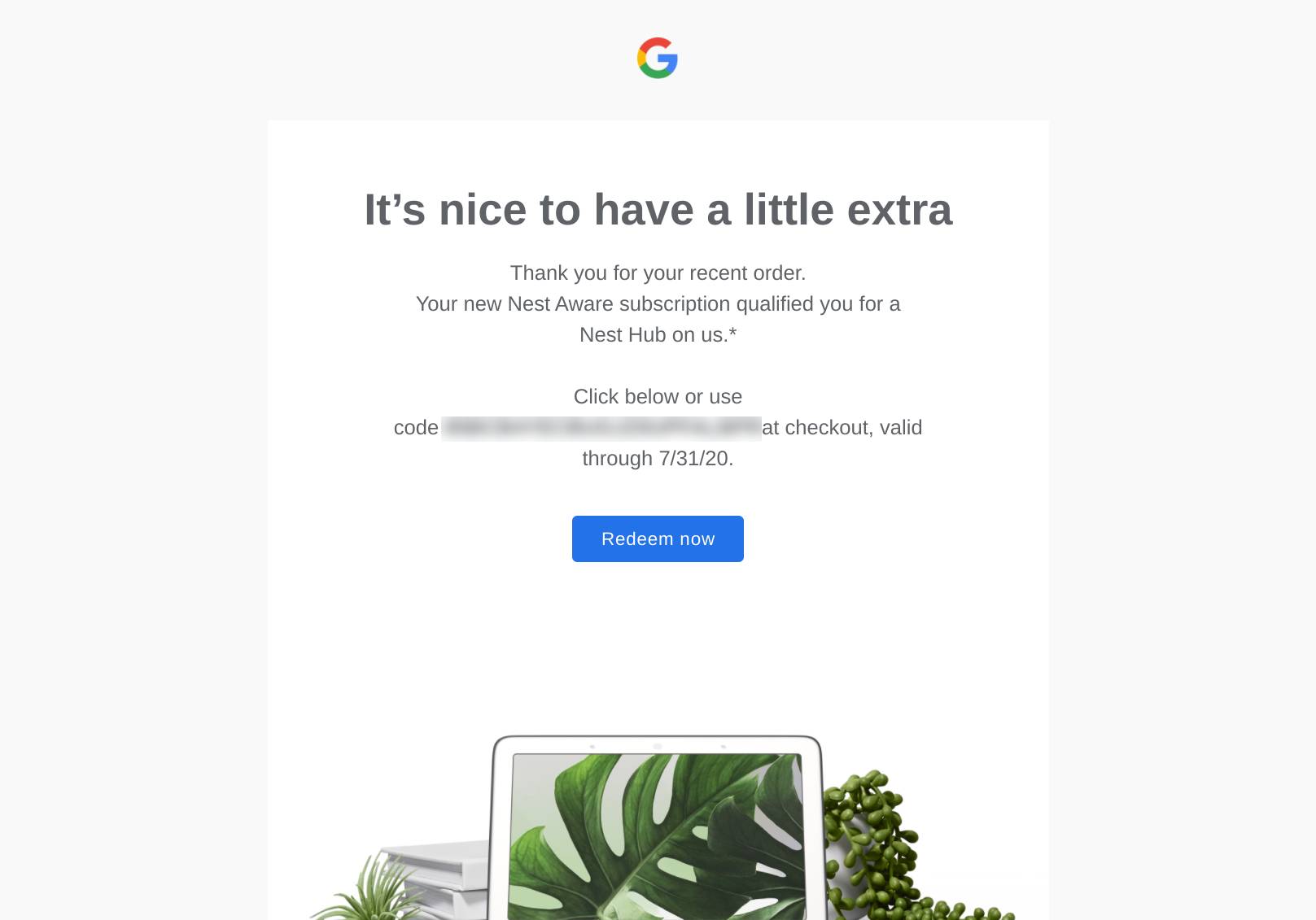 Apparently, there’s also a free Nest Mini promo going around and those codes are working.