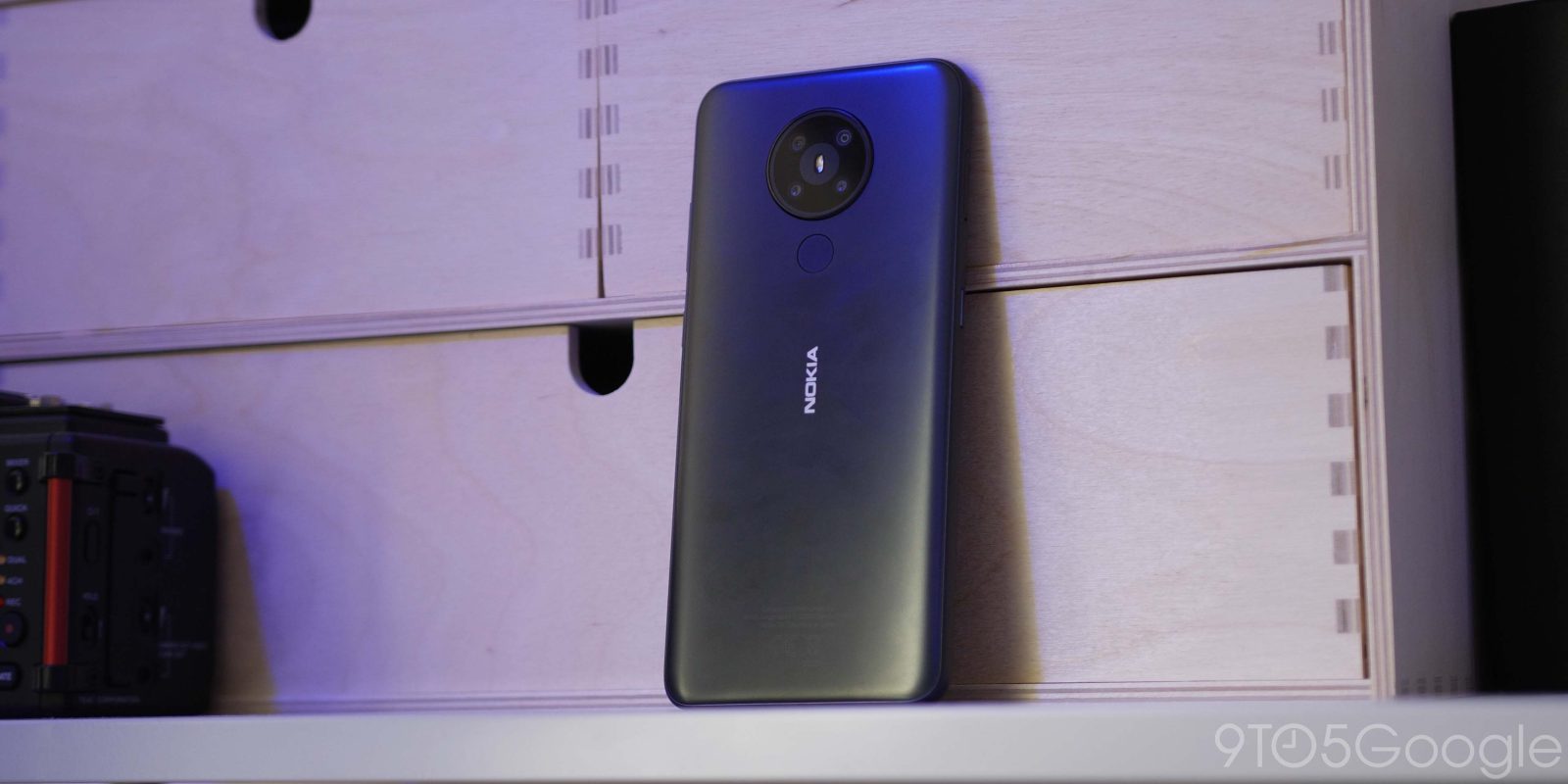 The lack of MWC 2020 didn’t dull the release schedule for many manufacturers, including Nokia, as the firm announced the Nokia 5.3 alongside the Nokia 8.3 5G in late March.

We may have had to wait a while to get our hands on a Nokia 5.3 device, but like what we’ve seen and experienced since pulling it out of the packaging.

As the follow-up to the Nokia 5.1 — after HMD Global decided to skip the 5.2 — you can almost taste the “Nokia DNA” just from a quick glance. With the lines blurring between the budget and mid-range segments more heavily than ever, thanks to the introduction of the iPhone SE, buyers will be looking for even more bang for their buck than at any other point.

Nokia is no stranger to this though, since rising from the ashes the firm has offered somewhat “premium” hardware at prices that don’t instantly make you wince. The Nokia 5.3 looks to add to the growing list of excellent affordable Android devices from the Finnish firm, without too much corner-cutting.

Just how does the 5.3 stack up against the growing affordable competition in the Android space at under $200? We’ve spent some extended time with the Nokia 5.3 to find out just how it compares. 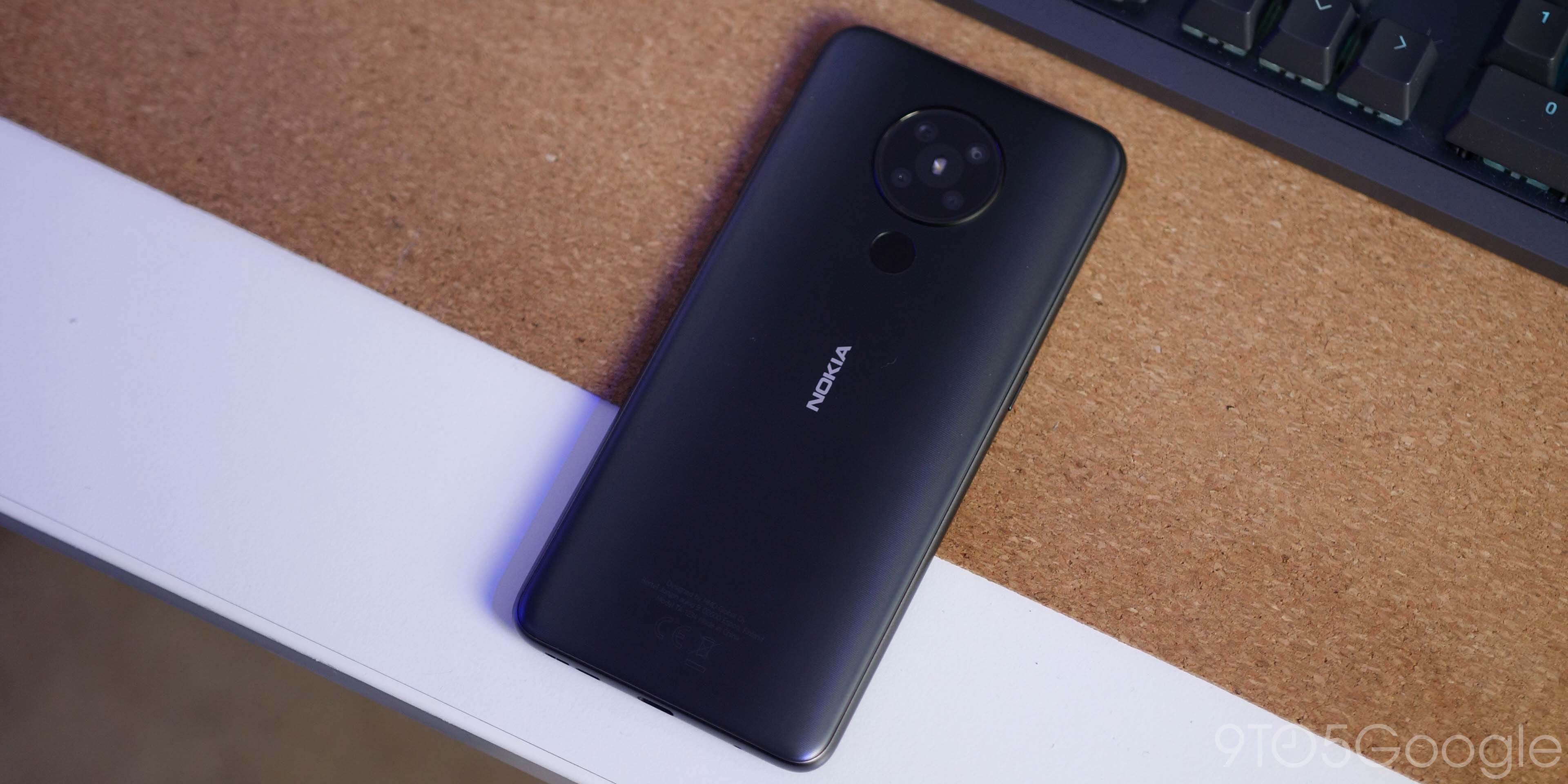 The design is pretty much a by-the-numbers affair on the Nokia 5.3, but it does somewhat resemble the OnePlus 7T to an extent. That’s no bad thing at all, as the OnePlus 7T is really nice device. While the design is simple, it definitely adheres to the tried-and-tested “Nordic design” formula that has worked in recent years for the Finnish brand.

You would not confuse the Nokia 5.3 for anything other than a Nokia device though, as it’s intrinsically linked to other previously released HMD Global hardware. That means that it’s well made, has a solid feel in the palm, while the curves are soft. There is enough edge to give you a good grip when clasping tightly while being far more comfortable than previous “boxy” designs. I found this especially important as the polycarbonate back was especially slippery at times without a case.

I think a case might be useful though, as I found reaching the fingerprint scanner at the rear a bit precarious at times, due to the smooth finish. I have large hands, though, so it isn’t that much of a problem, just something to note. The fingerprint scanner, however, is one addition that I found to be a major source of frustration. The registration process was pretty painless, but even after registering my index finger a few times, it would often just not recognize it. I stuck to using a PIN after frustrations boiled over.

Other hardware extras include the headphone port, which is still prolonging its own lifespan on many a sub-$500 smartphone. If you believe that Bluetooth buds are taking over, then it’s always an oddity seeing one even on the cheapest hardware.

Also, like the Nokia 7.2, there is also a breathing notification LED hidden within the power button, too. It’s a nice solution to the disappearing notification LED, but is very easy to forget about. It would be great to see it come to more smartphones though, as it really is a nifty solution. 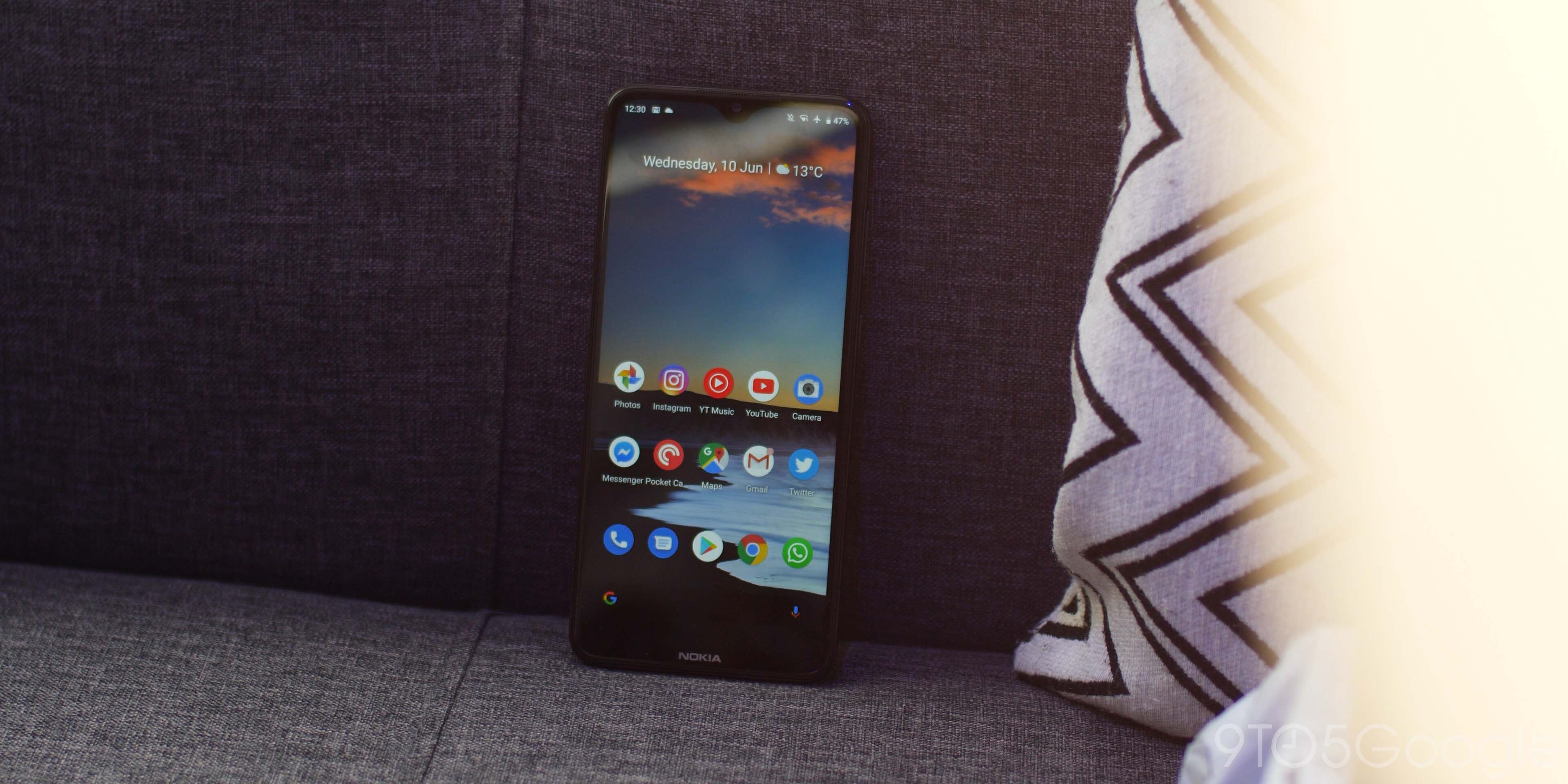 The 6.55-inch HD+ display is okay. It’s actually a smidgen over 720p with a 720 by 1600 resolution, but it’s a decent-enough IPS screen. Coming from higher-resolution displays, it does feel like quite a step back, but overall it’s decent enough given the pricing. Text looks sharp enough for daily usage, it’s about the very limit of acceptable quality though at 268ppi.

I’ve really fallen in love with 20:9 as an aspect ratio for smartphones across the board, though. Widescreen video content is just much easier to consume when the aspect ratios are so closely matched. With more YouTube creators jumping on classic widescreen aspect ratios, it’s yet another bonus. Despite the slight pixelation at times, movies look especially good.

There is still a sizeable chin, which still retains the garish Nokia logo. This would be so much cleaner without, but it actually makes the 5.3 feel even cheaper than it is. There is also a teardrop notch up top, which plays host to an 8-megapixel selfie camera. 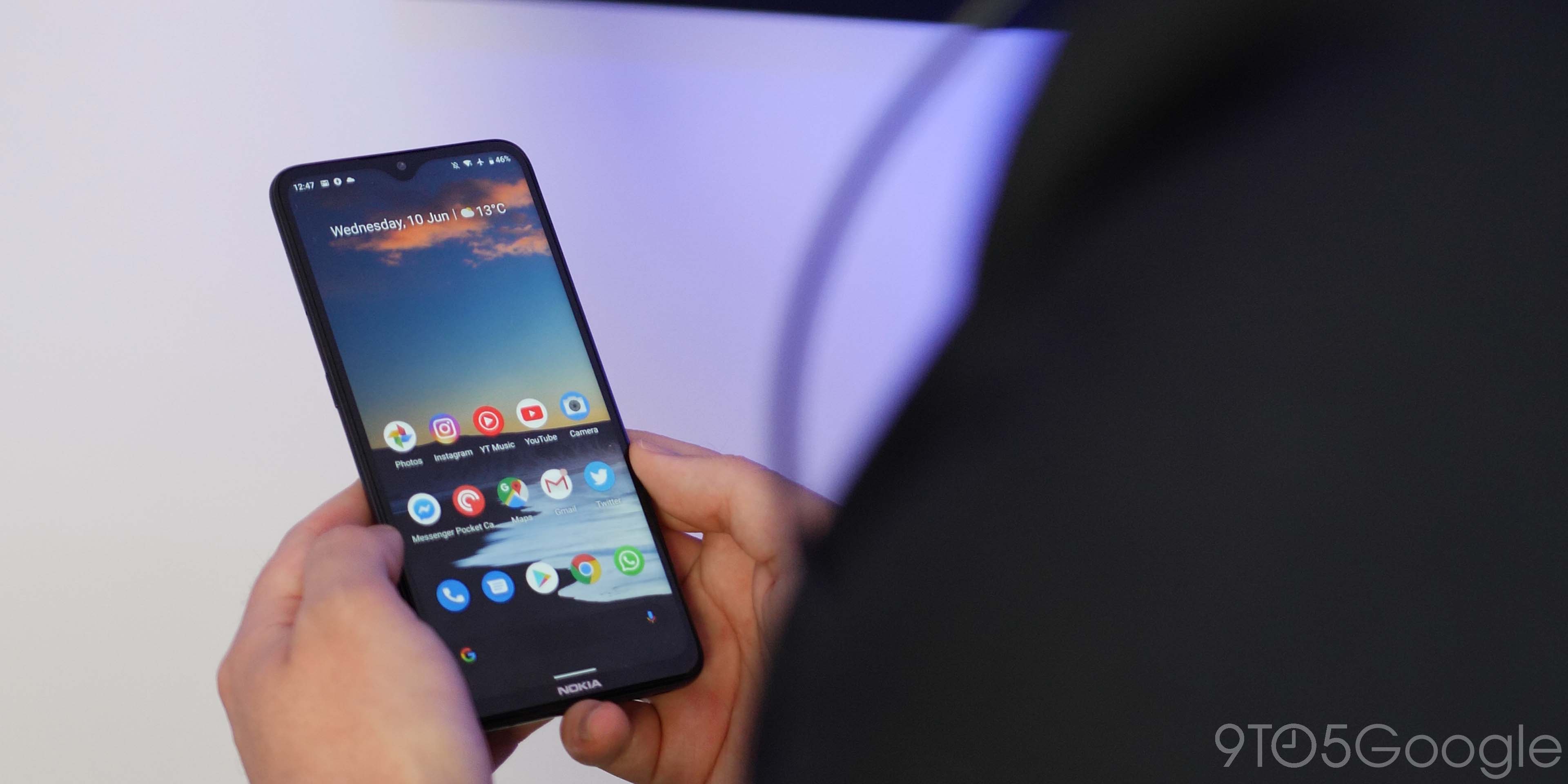 I didn’t go in with majorly lofty expectations from the Nokia 5.3, which is something I suggest everyone adheres to when picking it up. Doing so will ensure that you’ll leave pleasantly surprised at how well this device runs — not that it runs poorly. Android One is still the best way to experience Android on low-end or modest hardware, though.

It’s still weird having what amounts to the “Pixel experience” on something that looks nothing like a Pixel in any form. There are notable software exclusions, but for the most part, you get a “true” taste of what Android 10 — and what it can be.

Getting software updates in good time is something I completely forgot about too, but my review unit notified me of the May 2020 security patch shortly after powering on for the first time. This is something that I think really differentiates the Nokia 5.3 from the likes of the Samsung Galaxy A series and can be a real core selling point.

Updates are more frequent — or at least they should be. Update speed is a still a sore point for most OEMs, HMD Global is pretty good at keeping devices up-to-date across all price points. That is definitely a major selling point of Android One-powered hardware such as this.

I’ve only noticed some very minor slowdowns here and there when trying to do tons of things at once, but I was pleasantly surprised at how snappy most tasks and interactions feel. Android 10’s gestures never skipped a beat though, ensuring that I always felt in control. It can run almost everything I can throw at it without hesitation and should improve as Android improves in the coming years too.

Those slowdowns could simply have been slightly lowered animation transitions, as I have come directly from the 120Hz QHD+ display on the OnePlus 8 Pro directly to this — which has undoubtedly left me spoiled. 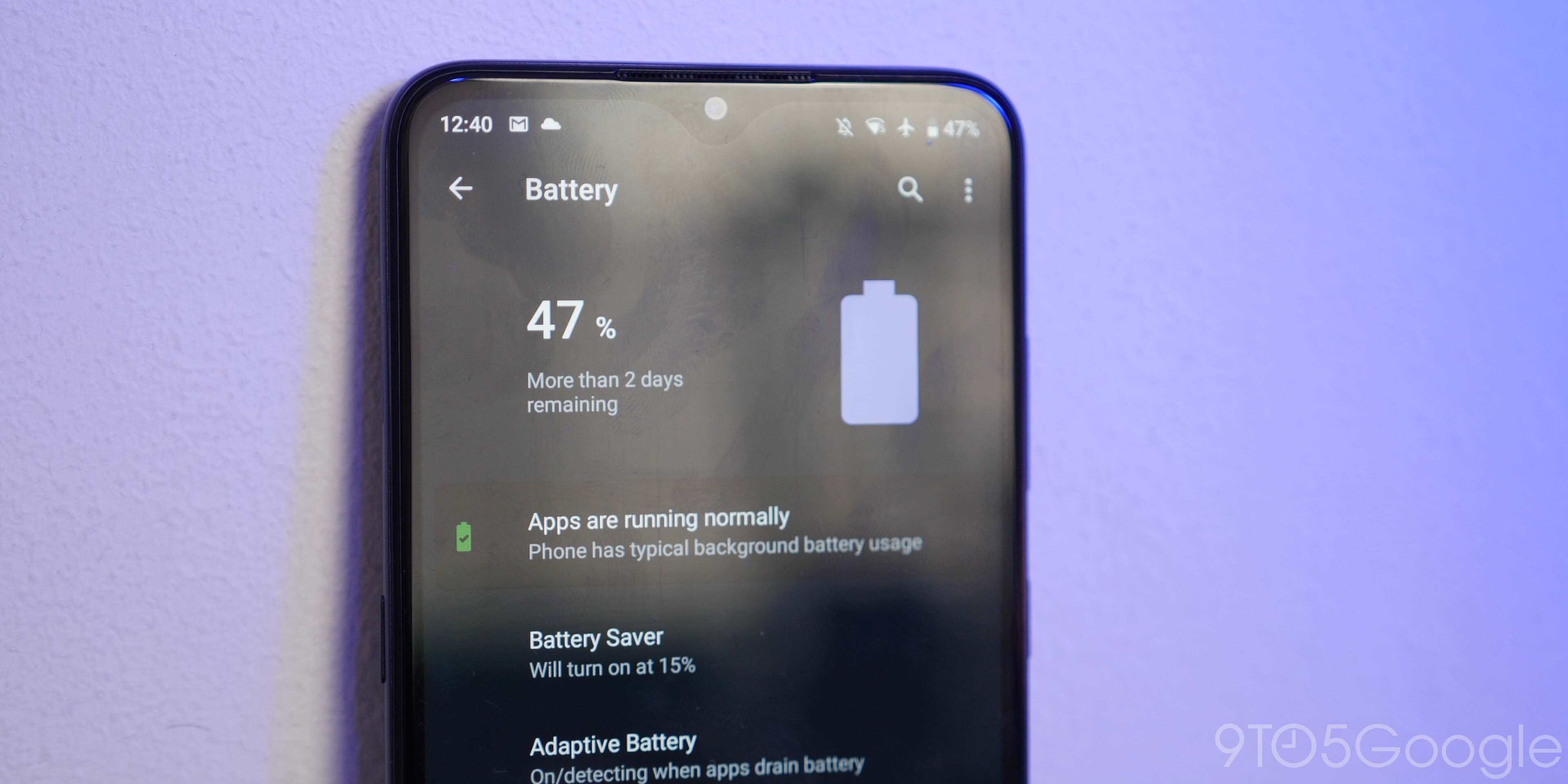 I’ve never had to worry about lifespan when using the Nokia 5.3. Even with heavy usage, it powers through a day with absolutely no problems at all. Part of that is likely due to the 4,000mAh cell packed inside, but the lower resolution display will no doubt play a part, too.

During my review period, I’ve often gone a couple of days between a full charge. That is even with some heavy usage for long periods during most days. I imagine that sporadic users could push it to the cusp of 3 days in-between charges too. 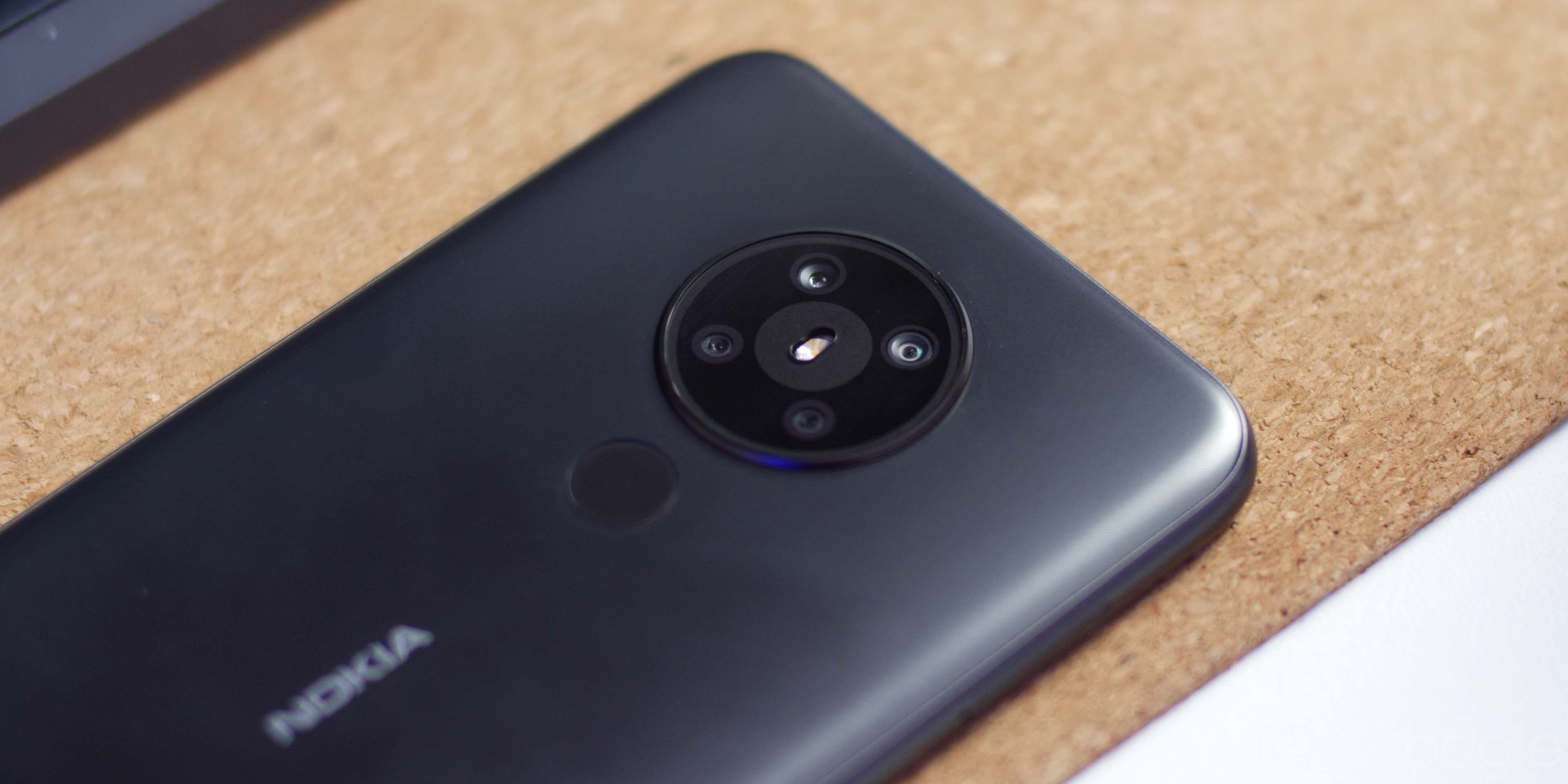 The quad-camera setup at the rear of the Nokia 5.3 has is reasonably good and impressed me across the board. Firstly — and most strikingly — it will instantly remind you of a certain Captain America, thanks to the shield-like layout of the circular camera array.

Movie prop-likeness aside, the standard 13-megapixel shots are decent, given the hardware here. Dynamic range is very good and the natural focus fall-off actually is similarly excellent for such a modest setup. I wish we had a telephoto zoom lens here, as the ultra-wide fails to impress. Images get substantially softer, with artifacts and focus being issues at the fringes of the frame when taking wider images.

There is also a dedicated Night mode included with the Nokia 5.3. I was excited to see what it could do but ended up sorely disappointed. It really doesn’t do a great job without a little help, although I was unable to give it a thorough test due to current COVID-19 situation. I imagine that quality takes a huge step up with street lighting and neon signage. Just testing in pitch black rooms showcased a weakness that many camera systems tend to have.

I find the Nokia camera app a little utilitarian when the rest of the software experience is so impressive, the camera UI feels a little left in the past. It’s not to the detriment of usability though. Everything is well organized and easy to find, it’s just a little “uninviting” from the very outset.

Thanks to the Qualcomm Snapdragon 665 chipset, you can actually record at up to 4K UHD on the Nokia 5.3. However, it’s not something I would suggest as the results are particularly shaky and don’t stack up as well as the 1080p 30fps footage you can gather. That said, even at the standard 1080p setting, focus hunting seems to be an issue in video. It’s not something that will ruin the experience, but it’s poor all the same. 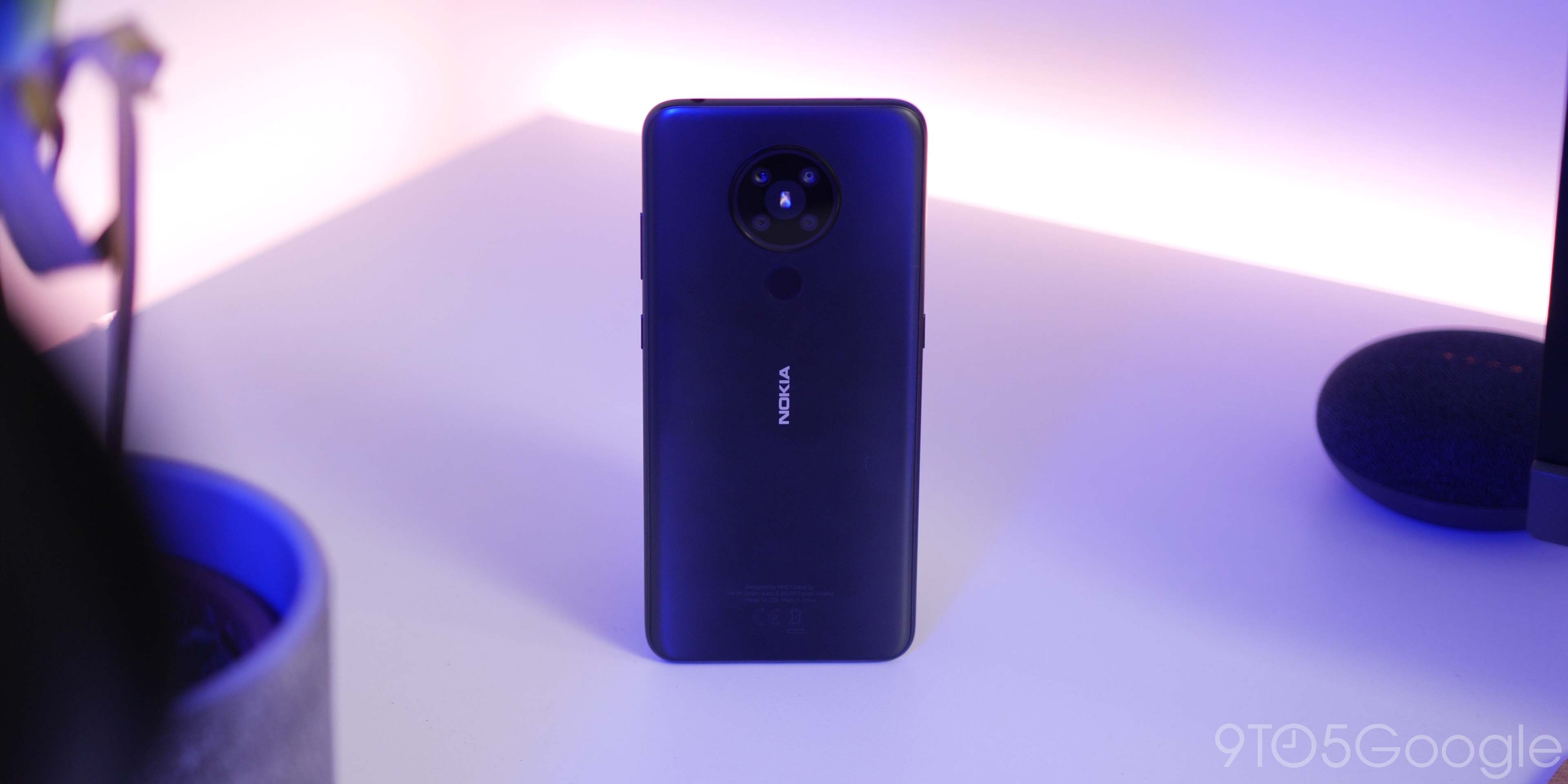 At $199.99, it’s hard to truly fault the Nokia 5.3 You’ll get at least two full OS upgrades, a decent camera, reasonably good performance, and a build that is impressive at this price point. It’s sensibly priced smartphone that gives you a heck of a lot for your low entry price.

What’s odd is that the Nokia 5.3 actually has ever-so-slightly better internals than the Nokia 7.2, which makes it a better buy from a sheer performance perspective. You do get a poorer display, but with a chipset that is a generation newer, you might get better long term performance for your money. For an elderly relative, a backup smartphone or for someone’s first smartphone, then the Nokia 5.3 is a really good choice.

Where can I get the best deal on the Nokia 5.3?