Nokia 7.2 review: The Google Pixel 3a now has some actual competition [Video] 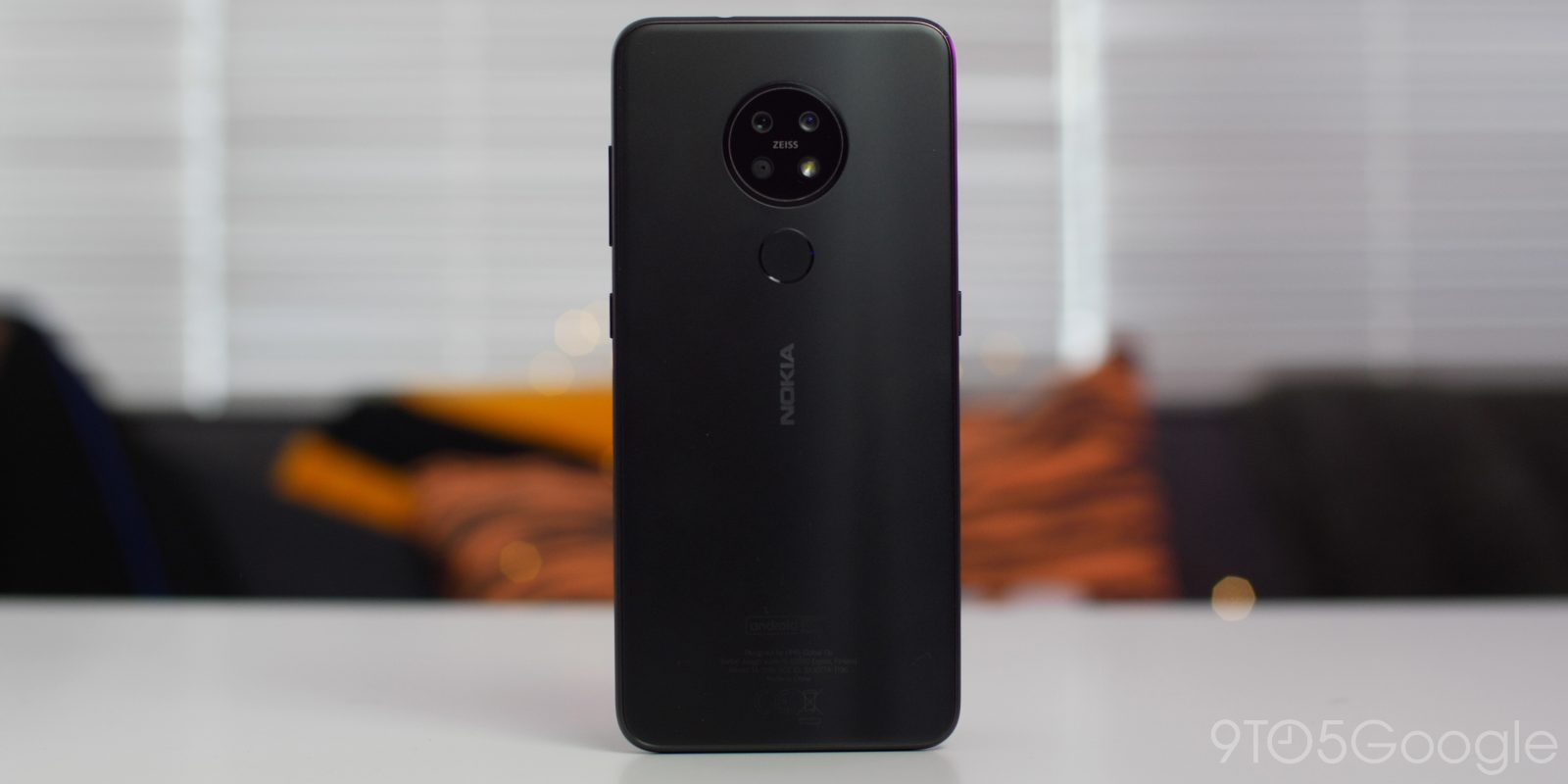 As far as we’re concerned, the Pixel 3a and 3a XL are the defacto budget Android phones to pick up in the United States. That is until we got our hands on a Nokia 7.2 review unit. It appears that the Pixel 3a might have some stiff competition.

The Nokia 7.2 is a spiritual successor to the excellent Nokia 7.1 which was released at a similar point last year and continues the tradition of well-made, well-priced hardware that is backed by clean software.

From the outset, it’s worth noting that in many other markets, there are far more candidates to tackle the Pixel 3a and its ‘bang for your buck’ crown. It’s much less pronounced in the United States with fewer cheap Chinese handset offerings.

Nokia and HMD Global will be hoping that the Nokia 7.2 can really capture a vast portion of the ‘middle market’ where people want a competent smartphone that delivers great value and moderate, all-day performance. 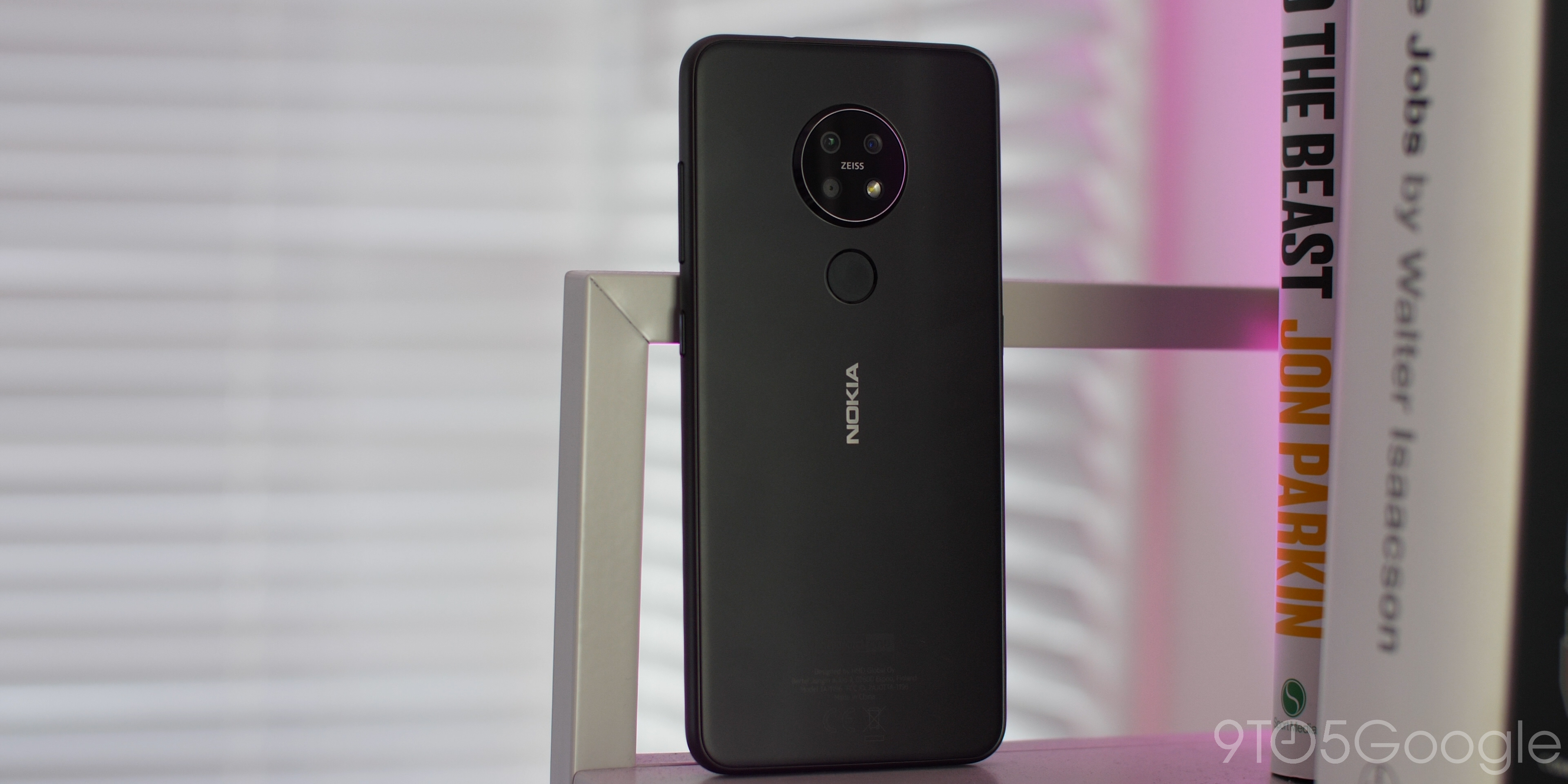 There is no doubt that you’re holding a Nokia phone when you get the 7.2 out of the box. It has a deceptive weight in the hand that assures you of the build quality. It compares very well with smartphones that have much higher price-tags.

While the design is simple, it definitely adheres to the tried-and-tested ‘Nordic design’ formula that works for the Finnish brand. You get a sleek handset that you instantly recognize as being a Nokia phone — which is a big compliment.

In the sleek black color, it doesn’t scream for attention but you can see that time has been spent refining the already existing design. My Nokia 7.2 review unit came in the satin black finish, which although stealthy doesn’t quite look as good as the stunning green finish that is available.

While it looks and genuinely feels like glass, it’s actually made of polycarbonate with an aluminum frame. This does mean that the Nokia 7.2 should technically be more durable — although I’m not willing to put my review unit through a series of drop tests to prove if that is the case.

Inside the Nokia 7.2 offers similar internals as the Pixel 3a. You’re afforded the Snapdragon 660 chipset which is slightly disappointing given there are newer, more efficient CPUs available at this stage of 2019. For those obsessed with specifications that might already be a dealbreaker. But I am not too concerned given the target market. 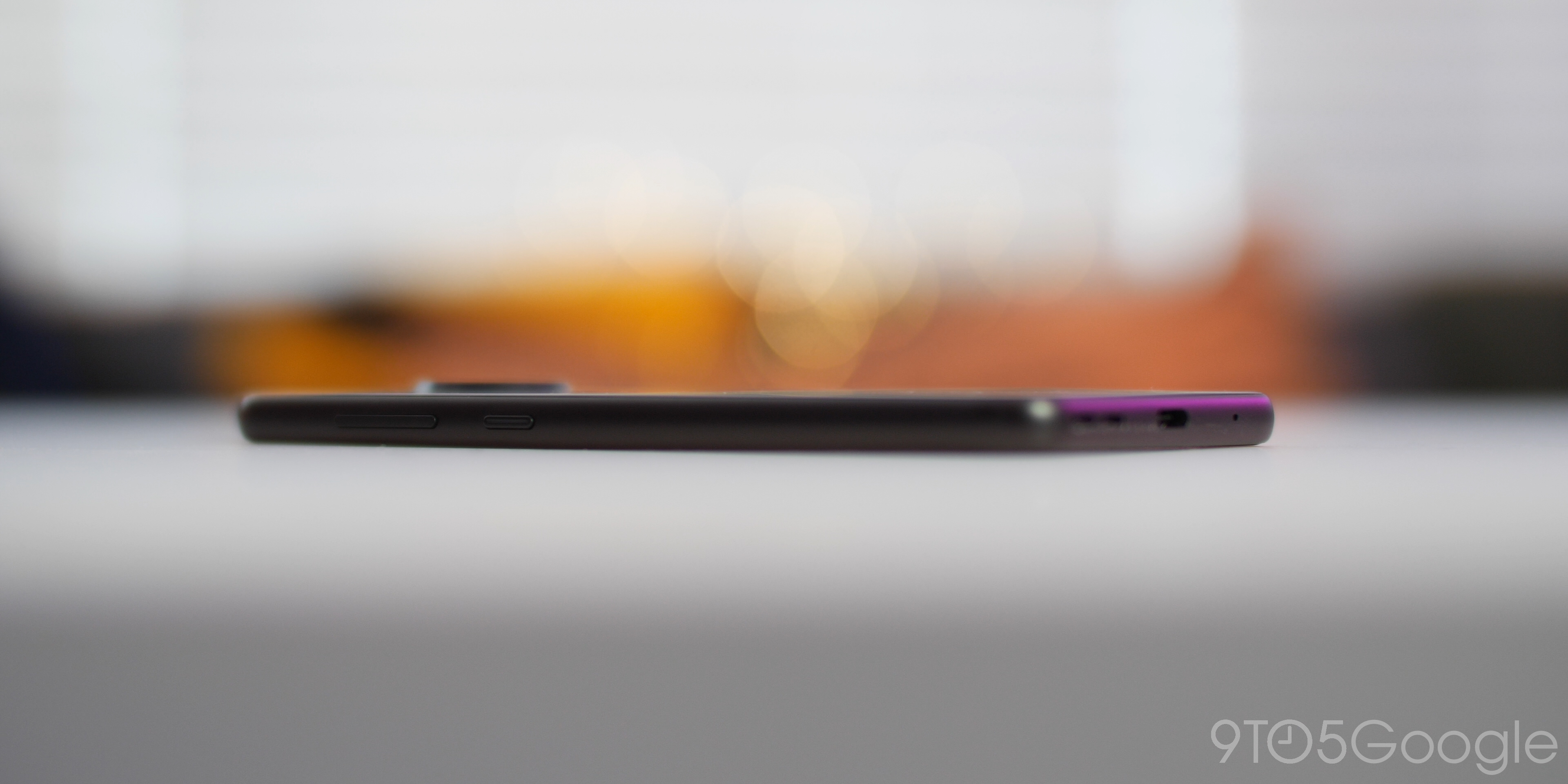 You also get 4GB of RAM and 64GB of microSD card expandable internal storage. There is a 6GB of RAM variant that is available outside of the US. We’re not sure why it isn’t available Stateside but it feels like an oversight that hopefully might get corrected in the not-too-distant future.

The 6.3-inch FHD+ display IPS LCD is actually quite impressive given the sub $400 price-tag. It is HDR10 certified and has good viewing angles but it would have been a little nicer if we did get an AMOLED panel. Colors are overall pretty good, yes, there are better panels out there but it’s pretty good all things considered.

It’s worth noting that the Nokia 7.2 does come with a dedicated Google Assistant button, while that’s handy for me as a reasonably heavy user, it can become annoying as you’re able to activate from the lockscreen with just a tap.

There is also a neat little inclusion that I would love to see on more Android phones and it’s the power-button notification LED. It’s a novel way to re-introduce the notification LED and I can’t wait to see it on more Nokia phones in the future. 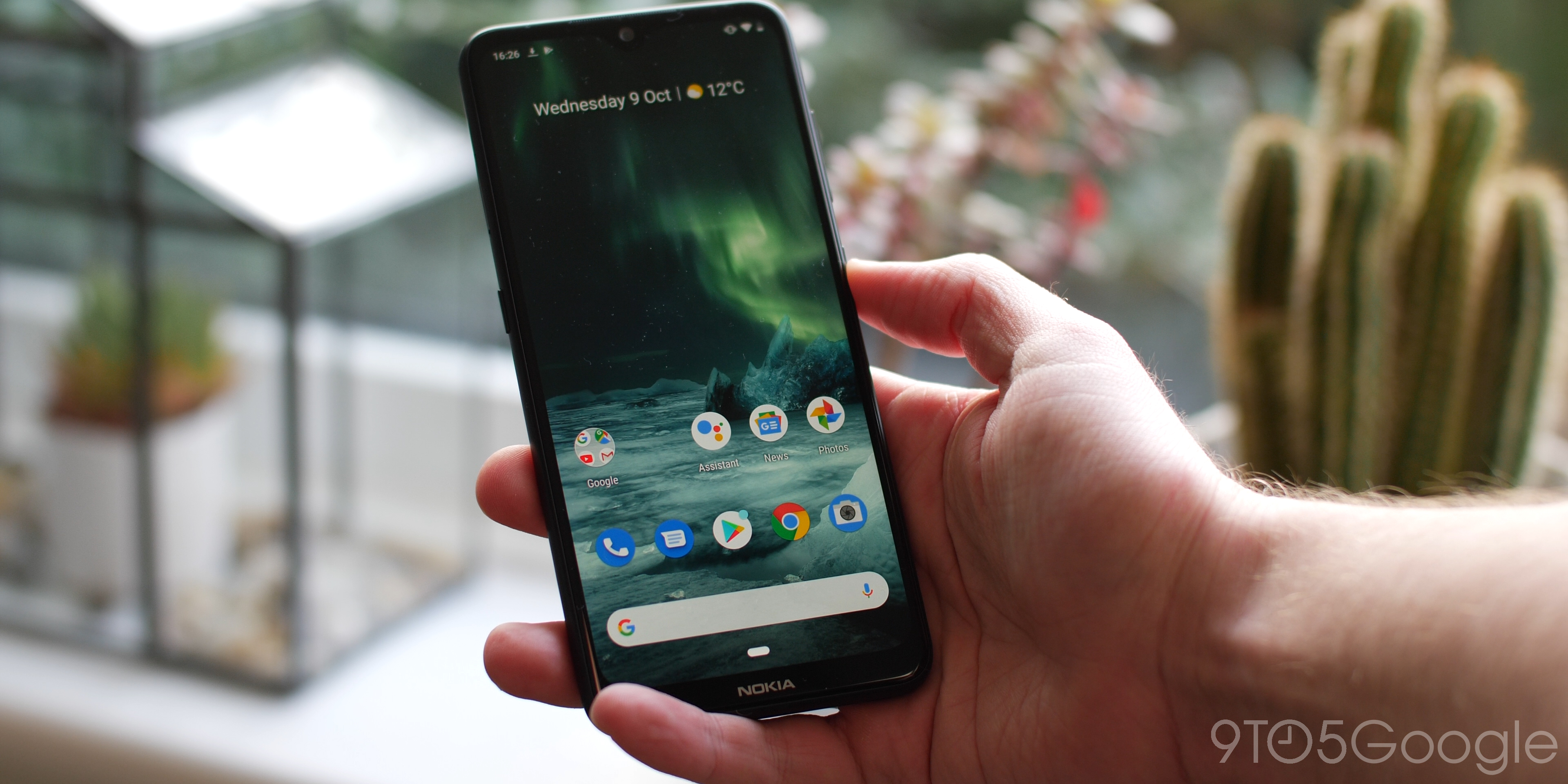 Because you have relatively modest specifications, the performance is never going to be blistering on the Nokia 7.2. It’s not that the device is slow, because that couldn’t be further from the truth.

Sticking to Android One means that you get one of the cleanest Android experiences from any phone on the market. The only disappointment is that — at least on my review unit — the Nokia 7.2 comes with an Android Pie build pre-installed.

Everything is smooth and the lack of carrier bloatware is instantly noticeable. That said, there are momentary hiccups and minor slowdowns. Almost every app I’ve tried to run has done so admirably.

Multi-tasking might be more of an issue long term with just 4GB of RAM but things are much more easy to forgive when the entry price is so low. You may see apps refresh if left in the background for a long time but I would put that low down the list of issues on a budget smartphone.

Dial down your expectation of blistering performance day-to-day and you won’t be disappointed. There is also the bonus of solid software support, which should see the Nokia 7.2 get Android 10 soon and Android 11 at some point next year. 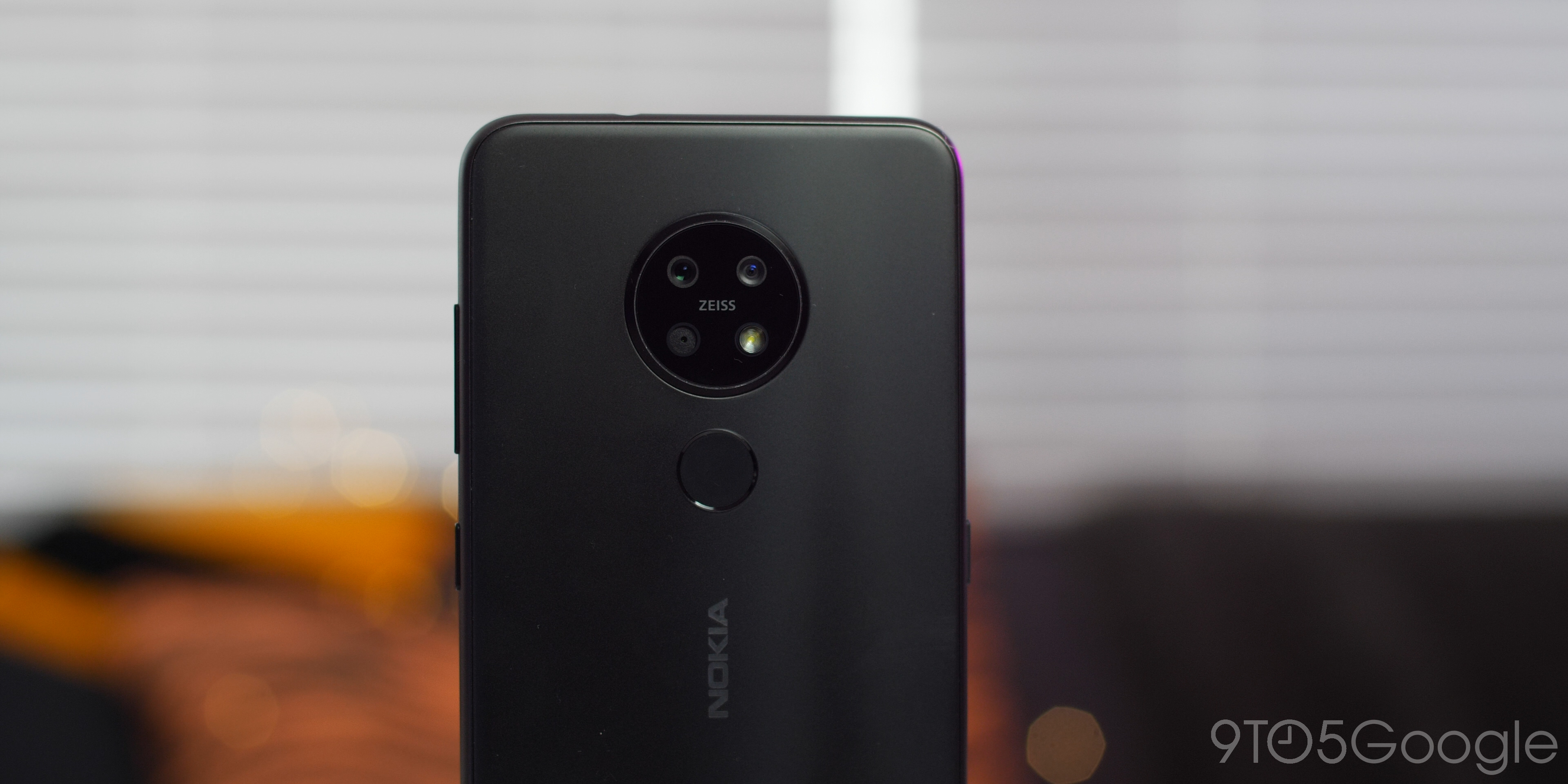 I mentioned during my initial hands-on that we’re starting to see far more capable cameras in budget or mid-range devices and the Nokia 7.2 continues that growing tradition. The circular camera bump includes a main 48-megapixel main sensor, 5-megapixel depth sensor, and an 8-megapixel ultra-wide-angle lens.

For me, the circular camera notch is actually more attractive in a central position than an upper right or left linear setup. It’s far less likely you’ll put a finger over one of the lenses when trying to take a photo or record some video.

The quality of photos does pale in comparison to the Pixel 3a and that awesome Google photography magic. When in the 48-megapixel mode, photos are sharp, have decent colors but can be a little too over-saturated in certain lighting.

Low-light photography is one area that the Nokia 7.2 definitely improves upon. It still isn’t perfect but there is a Night Sight clone included within the camera app that manages to do better than before but doesn’t get close to the quality of the Pixel 3a’s Night Sight.

Considering the hardware, the 3,500mAh cell packed inside should provide more-than-adequate longevity. Having come from many flagship phones that have in excess of 4,000mAh packed inside, it’s refreshing to get all-day longevity with a smaller cell.

In most cases, I have managed to end the day with around 30-40% battery life remaining in my Nokia 7.2 review unit. There is plenty of headroom for the heavy mobile gamer or video viewer. There is no wireless charging but you do get fast-charging via the USB-C port.

Make no mistake, the Nokia 7.2 is a great budget Android smartphone. It has an exceptional build quality and a solid, consistent camera that although not quite up to the same level as the Pixel 3a, does give you far more options with the extra lenses and modes.

The build quality is far better in my opinion than the Pixel 3a, although the performance is a slight step down. The camera doesn’t quite get close enough but it is most definitely good enough for the vast majority of people out there.

When you look at the budget market in the US, there isn’t a great deal of competition in the sub $400 space. New competitors should be welcomed and the Nokia 7.2 is a solid addition to the US market, so much so that you should definitely consider it. There is a caveat though, as the Nokia 7.2 doesn’t work on all carriers — Verizon and Sprint being notable exceptions.

Overall, the Nokia 7.2 is a great package that continues the good work that HMD Global has been doing over the past few years. Are there better phones on the market? Sure. But there are very few mid-range devices that offer such a compelling package for under $350. If you were to pick up the Nokia 7.2 we’re sure you won’t be disappointed even if we think the Pixel 3a might be arguably a better purchase.

The Nokia 7.2 is available on Amazon for $349 although there is a waiting time. You can also pick up the Nokia 7.2 from B&H Photo and BestBuy unlocked or for $349. All retailers have the handset available in the Charcoal and Cyan Green color options.