Some Google Fi subscribers can no longer use Hangouts for SMS

In May 2017, the vast majority of Android users lost the ability to use Hangouts as an SMS/MMS client. Google Fi subscribers were exempted, but that support could be coming to an end as the eventual deprecation of classic Hangouts nears.

Quite a few Fi users today have been prompted with a “SMS is moving out of Hangouts” message inside the app. Over the past three years — as some temporarily encountered the warning, Google’s “note” has been that “this change doesn’t affect Google Fi users.”

That said, things might be changing as some — but not all — Fi users are saying that they’ve lost the ability to receive and send text messages with Hangouts. Hangouts no longer appears under the “Default SMS app” menu in Android system settings.

Given that classic Hangouts is on its way out, this is likely an intentional move on Google Fi’s part. Earlier this month, the Hangouts to Google Chat migration started in earnest for G Suite users. By “late 2020,” the classic service will no longer be available to enterprise customers. 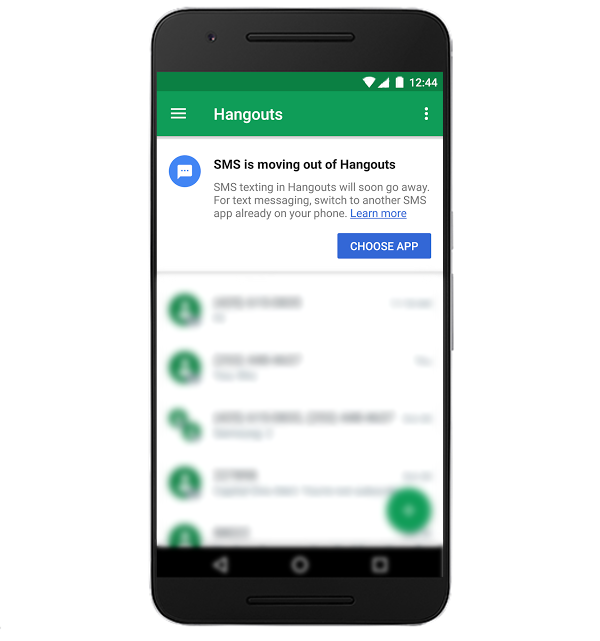 Once that is complete, Google’s attention will turn to free accounts still using classic Hangouts. The company in early 2019 said that consumers would be migrated to a free version of Chat — previously Hangouts Chat — “following the transition of G Suite customers,” and that a “more specific timeline will be communicated at a later date.”

For Google Fi users today, Hangouts is crucial for providing cross-device calling/texting. The alternative is just using Messages and only being able to access service on their phones.

However, Google has been working on Fi integration in Messages for web to access texts, calls, and voicemail. What’s notable is how MVNO — unlike regular SMS — customers will not have to sign-in with the clunky QR code process or have their phones connected/on. From strings we spotted last month, all you have to do is log-in with your Google Account. 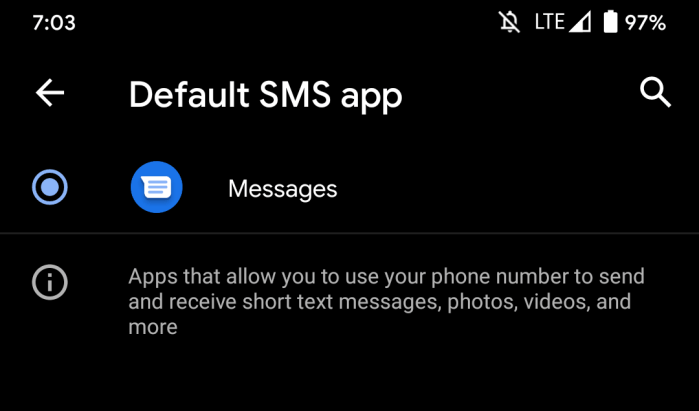 (On a parallel track, Google is working to “replace Hangouts for making phone calls and sending texts” and switch users to Voice.)

Given today’s in-app message, as well as work to make Messages a more attractive offering for existing Fi customers, Hangouts is likely set to lose SMS access — if not be deprecated entirely — sooner than later.