Hands-on: Orcs Must Die! 3 is a great first outing for Google Stadia Games and Entertainment 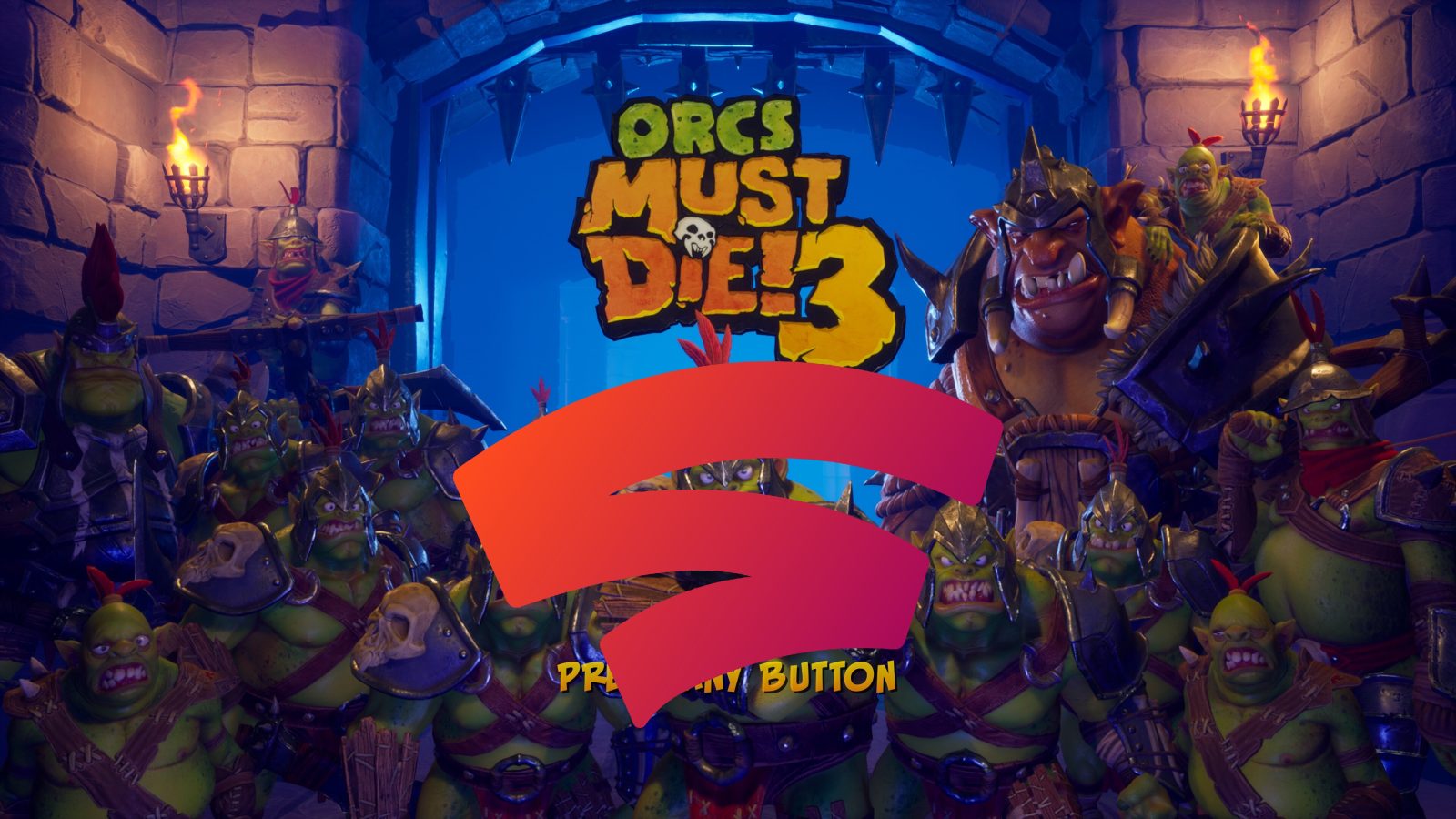 Last year at GDC 2019, side-by-side with the announcement of Google Stadia, the company also unveiled its efforts to deliver fantastic games for the streaming service, through a new division of Google — Stadia Games and Entertainment. Now, nearly eight months into Stadia’s life, Stadia Games and Entertainment has delivered its first release in the form of Orcs Must Die! 3.

Despite this being the fourth overall game in the series, Orcs Must Die! 3 has served as my personal entry point to the series as well as to the combination of tower defense and action games. Regardless, the game doesn’t make many assumptions of what you already know going in, offering a brief tutorial with a limited arsenal of traps and easy enemies.

You’ll start simply by laying down spikes and Indiana Jones-style arrow walls before earning or purchasing more intricate traps, like saw blades and distracting walls of butterflies. Very quickly, this ramps up into a convoluted but still manageable mixture of picking the right traps, trinkets, weapons, and upgrades for each level’s design and set of enemies, making for nearly endless replay value.

As promised in early development videos, one of the promises of Google Stadia for fans of the series is the ability to have significantly larger waves of enemies on the field simultaneously. The folks at Robot Entertainment put that capability to good use with a set of fantastic “war scenario” levels that see you absolutely besieged by orcs, trolls, kobolds, and more.

The battlefields in each war scenario feel equal parts massive and epic in contrast to the typically compact designs of a normal level. Matching this scale, war scenarios allow you to place significantly larger traps, including a personal favorite that just comically launches enemies in a given direction.

Each war scenario progresses the story in a meaningful way and is closed out with a unique boss battle that can end up radically changing the way you had been playing a level. Despite the veritable onslaught of enemies and numerous traps, Orcs Must Die! 3 manages to run at a smooth 4K/60fps on Stadia’s servers.

And of course, adding a second player into the mix is an easy way to double-down on the fun and variety. For example, I learned a completely different play style from replaying the first few levels with our own Damien Wilde.

On a brief side note, it would be a disservice to not mention the Orcs Must Die! 3 soundtrack which, besides just sounding great, has managed to become my brain’s latest earworms.

While most fans are going to be looking for a AAA first-party title to be developed by Stadia Games and Entertainment, if Orcs Must Die! 3 is any indicator, Google’s game publishing division has a bright future ahead.

Orcs Must Die! 3 is available now from the Google Stadia store and can be claimed for free by Stadia Pro members.

More on Stadia Games and Entertainment: