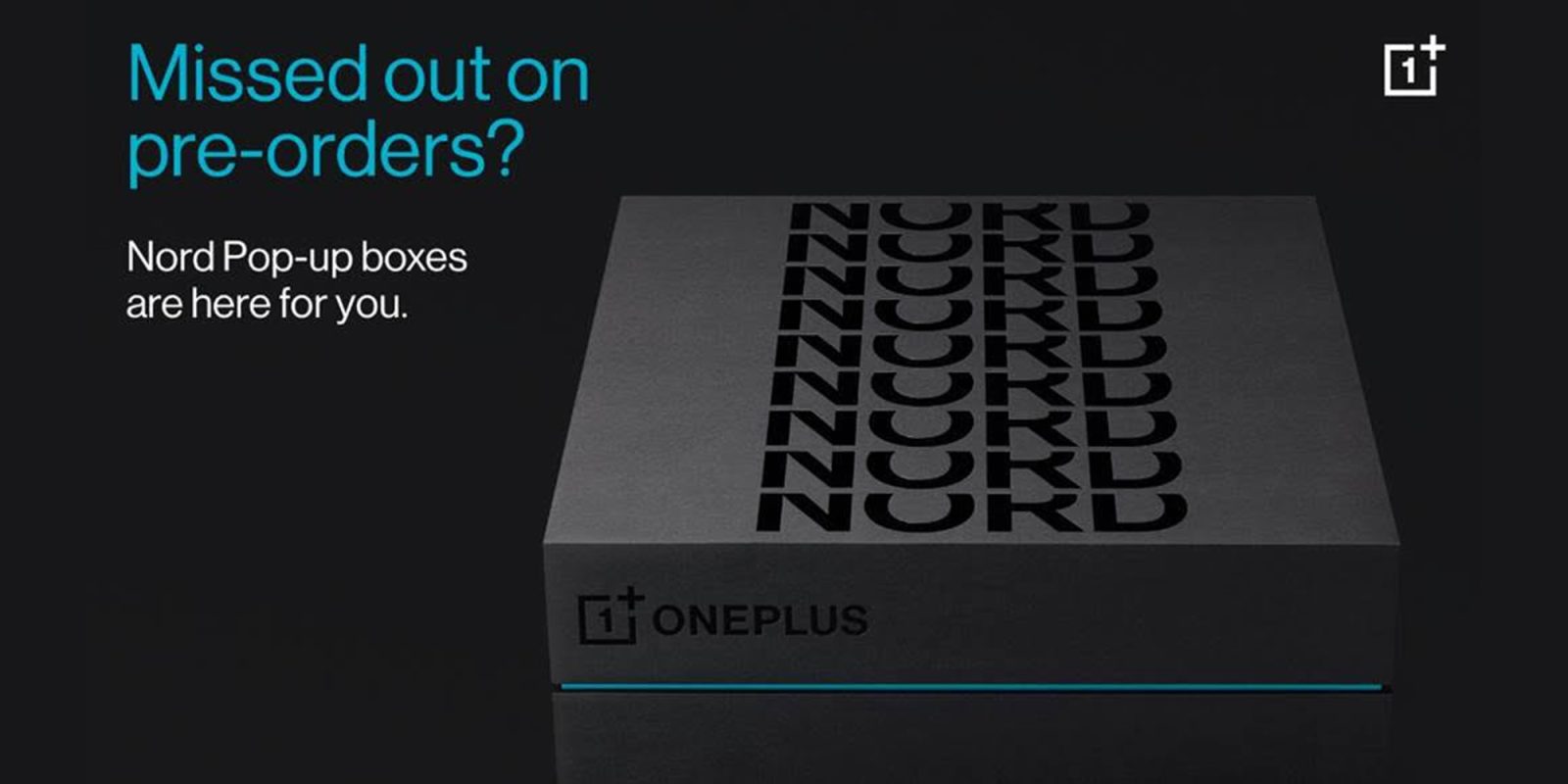 Despite only being a mid-range smartphone, OnePlus Nord pre-orders have been selling out day by day. For those that have missed out, luckily, you’ll be able to get the OnePlus Nord via several online pop-up shops shortly after release.

Pre-orders for the upcoming smartphone have been available in daily batches, so this might be the best way for you to get your hands on one of the midrangers. If you’re a fan of OnePlus, you’ll know of the yearly pop-up shops that crop up over launch week across the globe.

Due to COVID-19 restrictions and lockdowns, it’s not plausible for the firm to hold the usual launch cycle. So, like the OnePlus 8 series, you’ll be able to order your own OnePlus Nord in one of the online pop-ups that will be announced next week.

These virtual launches will start on July 21, which will give you a chance to get hold of a Nord device ahead of general sale in the weeks after launch.

Continuing the OnePlus Pop-up tradition, OnePlus Nord will be made available through an online Pop-up event shortly after it’s revealed in the world’s first AR smartphone launch on July 21st. This will give the community a chance to purchase Nord ahead of general sales. Like the OnePlus 8 Pop-up, this will be a virtual event, allowing users to experience the excitement of a OnePlus Pop-up from the safety of their homes.

To be among the first to know, you’ll have to stay tuned to the OnePlus Nord Instagram account @oneplus.nord and nord.oneplus.com for more details on the pop-up timings and more.