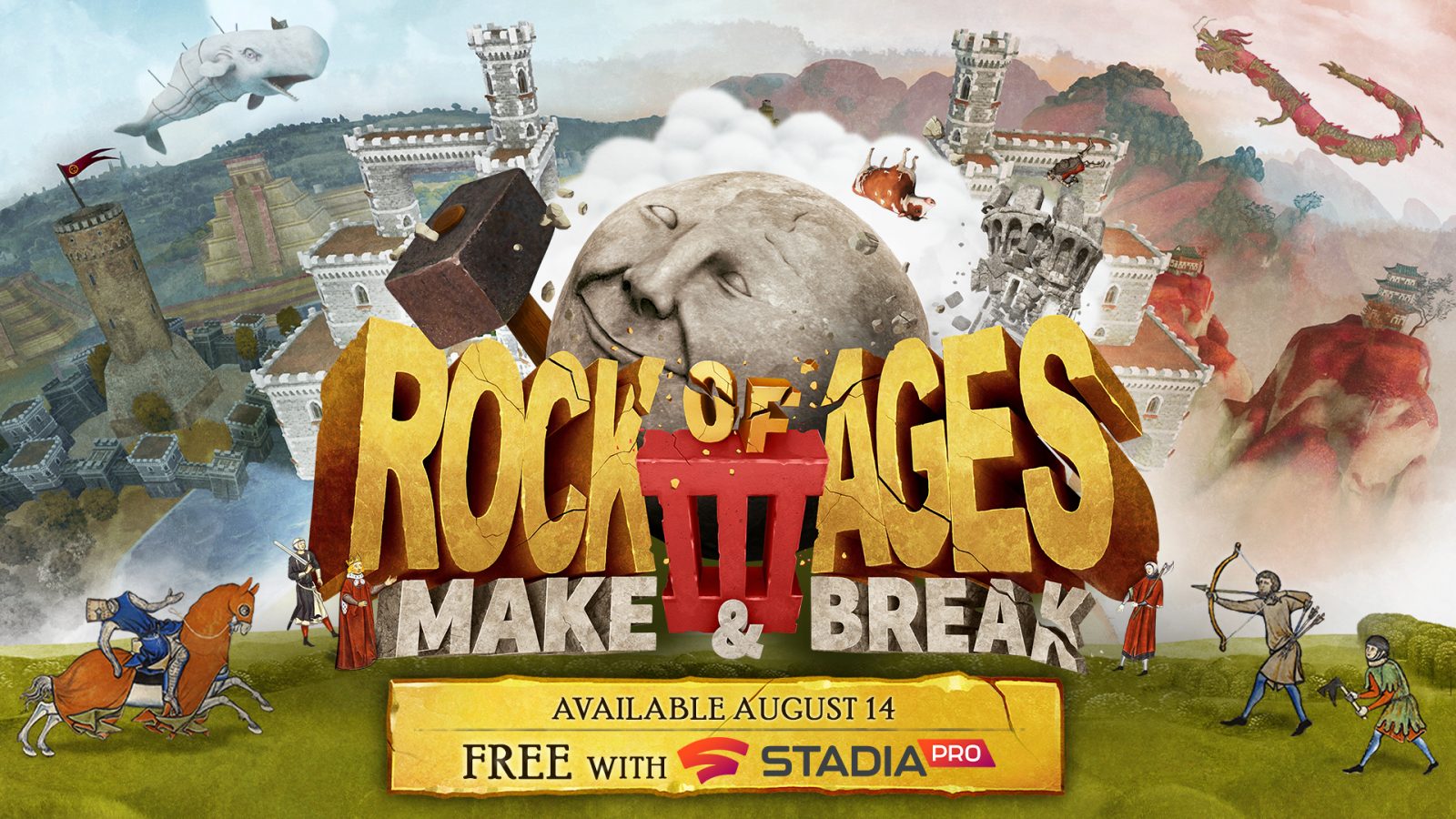 Originally scheduled for a release in June, Google Stadia has a date for one of its next additions. The downhill destruction of Rock of Ages 3: Make and Break is coming to Stadia on August 14.

Confirmed in a post from Modus Games today, Google Stadia users will be able to play Rock of Ages 3: Make and Break starting in just over a month. The game was supposed to debut widely in early 2020 but was delayed for all platforms, including consoles and PC where it’s set to debut next week. The Stadia release will take place just a few weeks behind on August 14, delayed from the original announcement too.

What is Rock of Ages? The game is essentially all about downhill destruction as players roll their giant boulders down levels to cause as much carnage as possible. This latest iteration of the series focuses on the ability for players to create and share their own levels, as well as allowing other users to play on them.

When Rock of Ages 3 arrives on Stadia, it will also be a free title for Stadia Pro subscribers. You’ll still be able to buy the game without Pro, though pricing has yet to be revealed. The game will support 4K HDR and 5.1 surround sound, too.

Rock of Ages 3: Make & Break’s release is just around the corner and we are thrilled to announce the Stadia version of this raucous boulder-rolling action game will be available on August 14th! Not only that, but Stadia Pro subscribers will be able to play Rock of Ages 3 for free! Stadia Pro subscription includes free games each month, and perks such as 4K HDR gaming and 5.1 surround sound. Learn more about Stadia Pro here.

Rock of Ages 3: Make & Break is part tower defense, part strategy, and a whole lot of arcade-paced action, bringing new innovations to the series such as a robust level creator. Fans now have the chance to design their own courses and share them with the Rock of Ages 3: Make & Break community, giving the experience endless replayability as players bring their dream creations to life.

With over 20 different boulders to choose from (think cheese wheels and Humpty Dumpty), an endless number of courses, and a hilarious reimagining of folk legends and history, players will never run out of fun things to do!