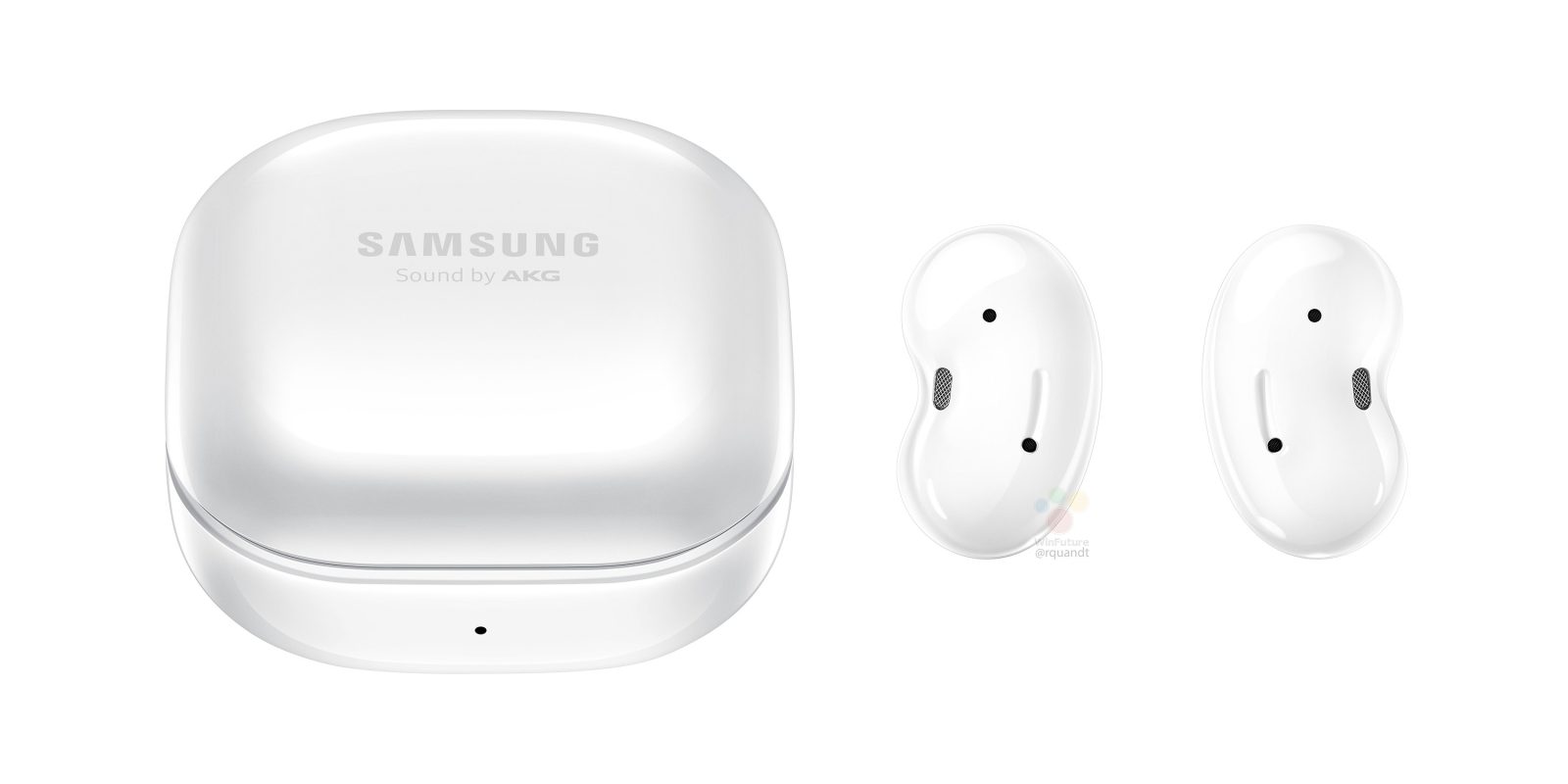 Following up on a leak directly from Samsung itself, WinFuture has just leaked a full spec sheet, new images, battery life estimates, and also a price.

With this latest report, there’s not much left to the imagination with Samsung’s upcoming bean-shaped earbuds. The most interesting tidbit here is battery life, which isn’t nearly as impressive as Samsung’s previous Galaxy Buds+. Where those buds could run for 11 hours, Galaxy Buds Live will apparently hit a maximum of 7.5 on a charge. However, that’s with extra features disabled. With the “Always-on Microphone,” battery drops to 5.5 hours on a charge and 4.5 hours with active noise cancellation turned on. The case brings the total battery life up to 28 hours, though.

Beyond battery life, this latest report also gives us a few key details on the Galaxy Buds Live specs. For one, the audio will be pumped through 12mm drivers, roughly the same physical size as Google’s Pixel Buds. Apparently, Samsung’s AKG brand will be tuning the audio as well. There are also three microphones, two internal and one external. The microphone, apparently, is used for summoning Bixby.

In terms of physical hardware, Galaxy Buds Live offer a touch pad for gestures, as well as acceleration and distance sensors. The buds themselves only weigh 5.6g each. Samsung apparently includes rubber “attachments” to ensure a better fit and seal for these earbuds too, despite the weird shape. The case charges over USB-C or Qi, and also delivers 35 minutes of playback in three minutes of charging.

How much will this all cost? Roland Quandt says on Twitter that Galaxy Buds Live will carry a price of $169 in the US. We’ve also heard this price point through our own sources.