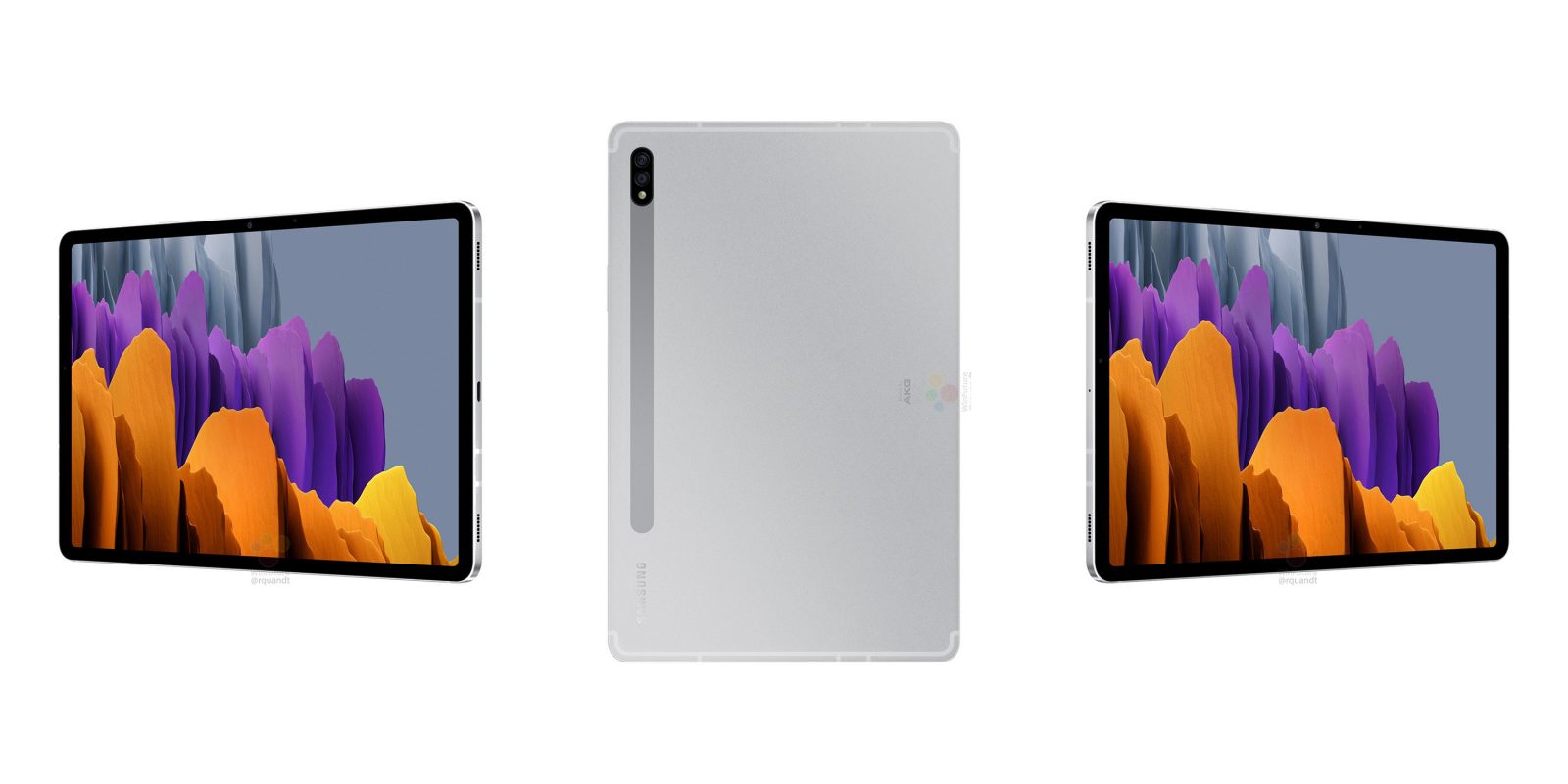 If you want a powerful Android tablet, the only real option for the past few years has been Samsung, especially now that Huawei can’t use Google apps. In the next few weeks, Samsung’s latest pair of Android tablets, the Galaxy Tab S7 and S7+, are set to debut and today a huge spec leak reveals all of the details.

WinFuture today published a gallery of images of the Galaxy Tab S7 and its larger, upgraded Tab S7+ model. As some previous rumors suggested, too, there’s going to be a much bigger disparity between the S7 and S7+.

The standard Galaxy Tab S7 has a spec sheet which is surprisingly lacking in one key area. Samsung’s tablets have been praised for high-quality AMOLED displays, but Tab S7 is using an 11-inch 2560×1600 LCD panel. It is 120Hz, though, which is a nice bonus.

It’s pretty shocking Samsung is planning to use an LCD panel in its upcoming flagship tablet, but it’s probably not going to be a problem. After all, the main competitor to this tablet, the iPad Pro, has the same type of display and most likely, it will also result in cost savings. As previously reported, too, this change swaps the fingerprint sensor to a capacitive sensor versus one under the display.

Beyond the display, the only big differences between the two sizes are the battery — 7,040 mAh vs 10,090 mAh — and, obviously, the size. Internally, the tablets are pretty similar. There’s a Snapdragon 865+, 6GB of RAM, 128GB of storage, a microSD slot, 13MP/5MP ultrawide rear cameras, an 8MP front-facing camera, quad-speakers, and three colors — Mystic Black, Mystic Bronze, and Mystic Silver.

As with the Tab S6, Samsung includes an S Pen in the box with this tablet. With the Galaxy Tab S7’s upgraded spec sheet, too, that S Pen will be capable of 9ms latency, a huge upgrade which notably matches the iPad Pro and Apple Pencil which have been the gold standard for a while. As with the Tab S6, the S Pen is mounted on the back of the tablet magnetically where it can also charge.

It’s still unclear how much the Tab S7 series will cost, but Samsung is expected to debut these tablets around the time of its Galaxy Note 20 event on August 5th.