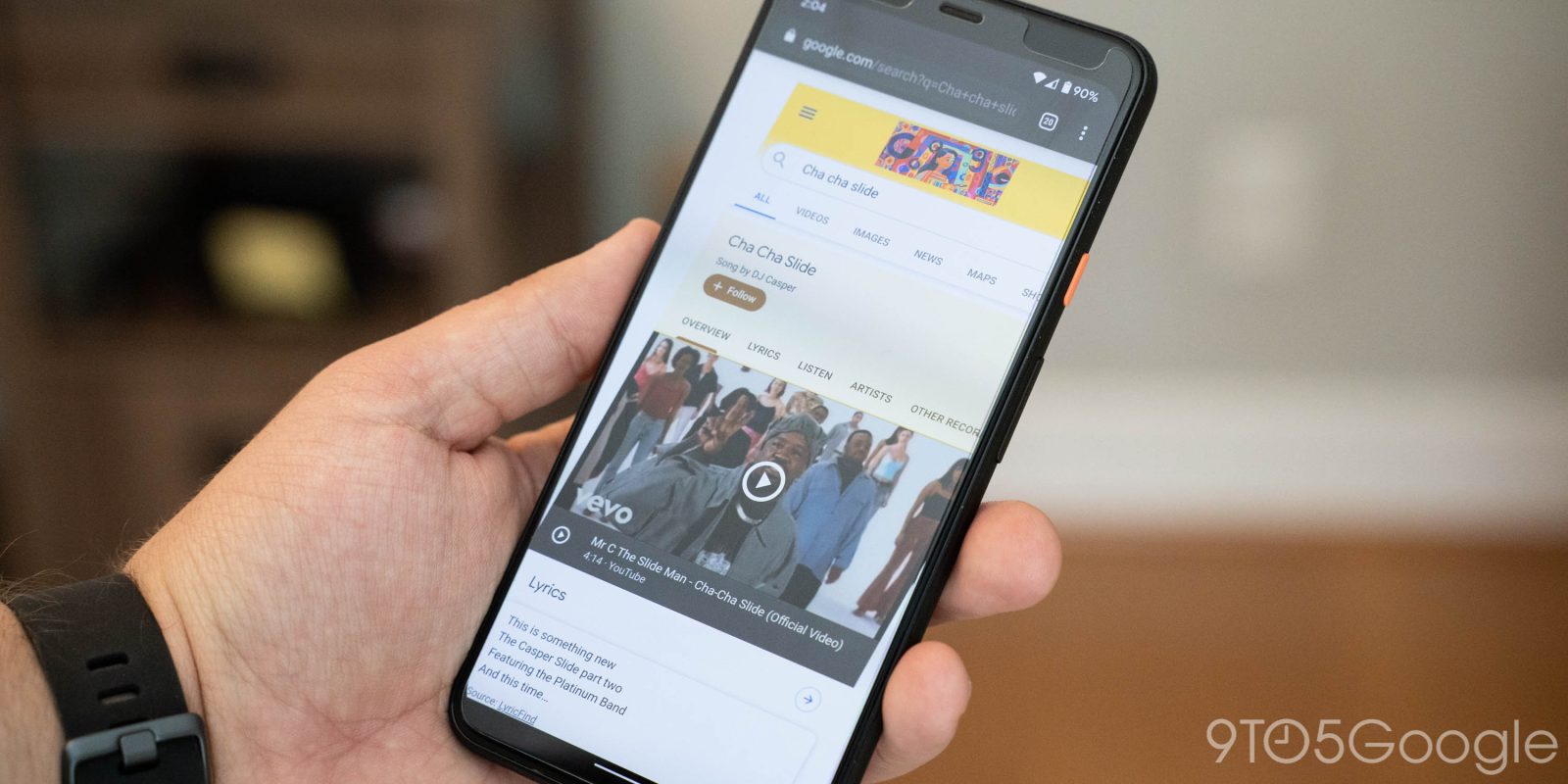 Over the years, Google Search has had a variety of easter eggs, things like “Do a barrel roll” or “what does the fox say.” The latest Google Search easter egg pays tribute to the Cha Cha Slide for the song’s 20th anniversary.

On August 2, 2000, DJ Casper aka Mr. C The Slide Man released the Cha Cha Slide, a song simply meant for aerobics classes. As fate would have it, the song went on to create a dance sensation around the world. To commemorate the song’s 20th anniversary, Google Search has added a fantastic new easter egg that sees your Google Search results dance around to the steps of the Cha Cha Slide.

Keep tapping the same spot to continue walking your Google Search results through the steps of the Cha Cha Slide. Check it out in action:

This neat little easter egg is live now on mobile devices as well as desktop/laptop computers. Of course, the effect is best with your sound turned on as it plays the various steps in the song as the animation plays.