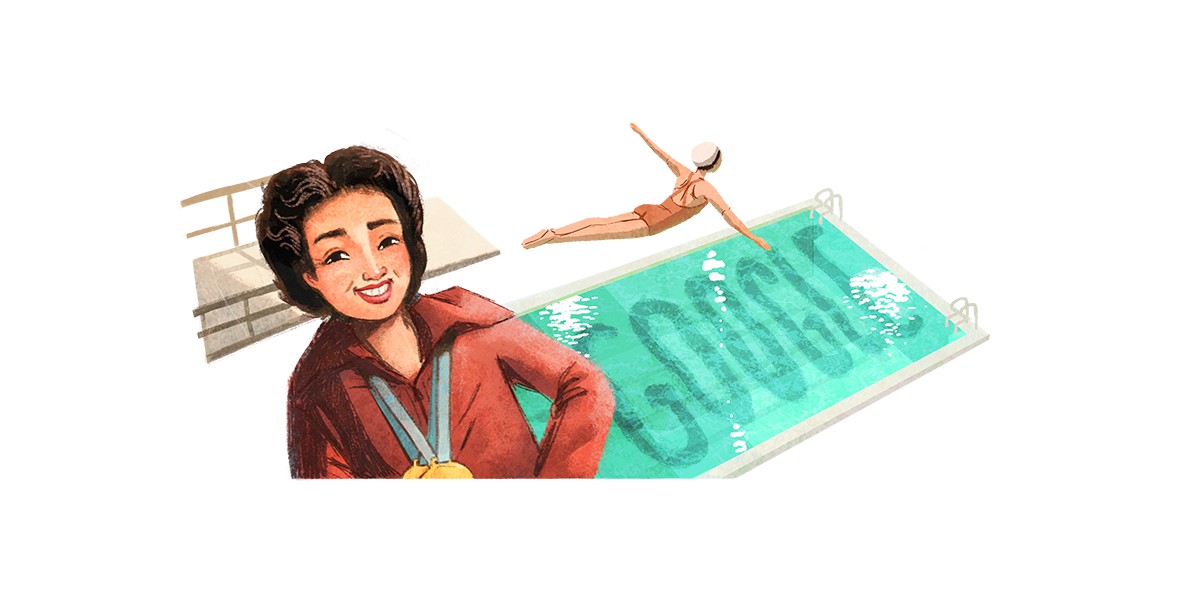 Google has replaced its homepage logo with a Doodle honoring Vicki Draves, the first Asian American woman to win an Olympic medal.

On this day 72 years ago, during the 1948 Summer Olympics in London, Vicki Draves won gold medals for both 10-meter platform and 3-meter springboard diving, making her the first woman to win gold in both diving events and the first Asian American woman to win any Olympic medal.

To make that incredible Olympic victory possible, Vicki Draves had to overcome incredible adversity. With the 1941 attack on Pearl Harbor still fresh on many Americans’ minds, Draves — despite being half Filipino, not Japanese — was frequently discriminated against and even barred from practicing in higher-end pools in San Francisco. Defying the discrimination, Vicki Draves still proudly represented the United States in the 1948 Olympics.

Over on the official Doodle blog, Google got the chance to interview members of Vicki Draves’ family, including one of her four sons, David, who shared how Draves was just as great of a mother as she was a diver.

Growing up with a mother who was an Olympian came with notoriety, but she was always first-and-foremost, my mom. So that part was pretty ordinary. And as a mom, she had her work cut out for her… I was a handful by myself, and then came my three brothers.

[…] With all the success and fame my parents received for their amazing achievements and contributions to the sport of diving, the one thing they both showed my brothers and I was humility. To win was one thing, but to be gracious and humble were the attributes of a true “Champion.”

Just last week, Google celebrated another legendary Filipina with a Doodle in memory of artist and activist Pacita Abad.