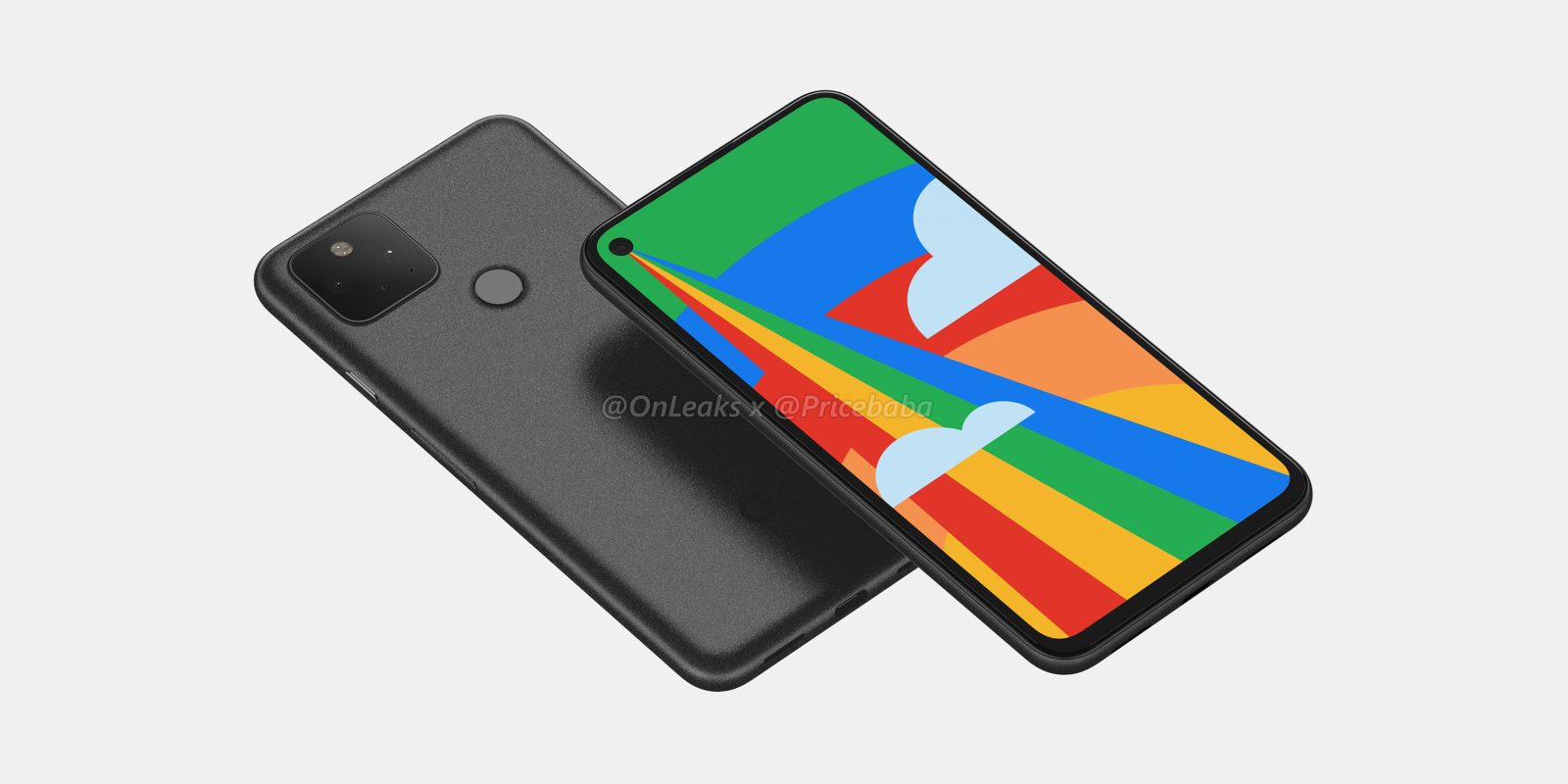 The first reputable Pixel 5 renders have now leaked, showcasing what looks to be a remix of a very familiar design seen previously.

We’ve already seen some less reliable renders appear online, but this time around, renders have come courtesy of the man with the best track record to date. Steve Hemmestoffer, aka, @OnLeaks shared the high-resolution renders in collaboration with Indian outlet PriceBaba.

[Update 08/23]: Another series of renders have been shared by @OnLeaks in collaboration with 91Mobiles. This time of the Google Pixel 4a 5G – which is expected to launch alongside the Pixel 5 at some point in the next couple of months. The Pixel 4a 5G renders don’t reveal too much more than what has been seen with the recent live images leaking the design of the upcoming smartphone duo.

So we know thanks to that leak that the duo will be differentiated mainly by size, although we also believe that materials and features will be core differentiators between the more “affordable” Pixel 4 5G and the slightly more “premium” Pixel 5.

We’re also expecting a pretty enticing $499 start price for the Google Pixel 4a 5G, which is a $150 premium over the recently released Google Pixel 4a. With leaks starting to ramp up, we expect to learn even more in the coming weeks.

The design feels like a combination of the recently released Pixel 4a and the Pixel 4, taking the best of both designs and merging them into one device. So what can we glean from these Pixel 5 renders that we don’t already know? Well, in all honesty, nothing really major, as Google themselves revealed some design tidbits when unveiling the Pixel 4a a couple of weeks ago.

The expected specifications of the Google Pixel 5 include a Qualcomm Snapdragon 765G 5G-enabled chipset, at least 6GB of RAM, and 128GB of storage, and battery sizes are not yet known. Again, these are still rumored, but the Pixel 5 renders suggest that the device will measure in at 5.7 to 5.8 inches with an upper-left punch-hole notch mimicking that of the Pixel 4a.

We believe that there will be no Pixel 5 XL model this year. Instead, we’ll see the Pixel 4a 5G slot into that space for those wanting a larger display-laden smartphone. While the Pixel 5 renders showcase a familiar design thanks to our own digging, we do know that this device is likely to differentiate itself from the Pixel 4a 5G by including some exclusive software features such as reverse wireless charging — or Battery Share.

It’s also expected to come with an IP68 water and dust-resistance rating, among what we’re sure will be some other notable alternations — including no headphone jack. Luckily, we already have a good idea of pricing, as Google teased that the Pixel 4a 5G and Pixel 5 will start at $499.

What do you think of the Pixel 5 renders? Are you a fan, or does the design skirt too fine a line with other Pixel hardware? Let us know down in the comments section below. For more on the 2020 Pixel lineup, we’ve got a dedicated explainer post to uncover all of the known information on what is a confusing lineup.

More on the Google Pixel 5: