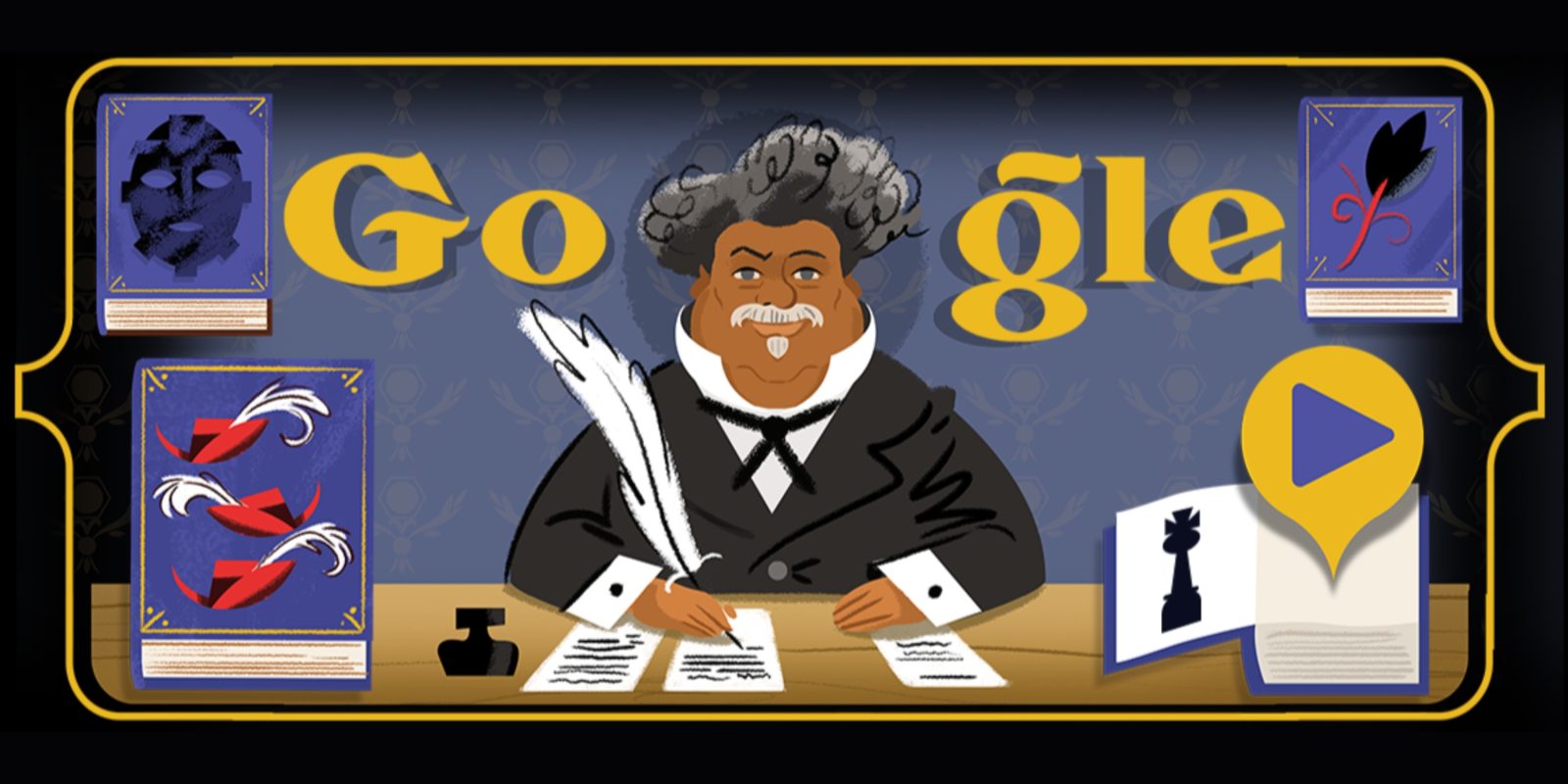 Google has replaced their usual homepage logo with an animated slideshow Doodle honoring Alexandre Dumas, the French author responsible for The Count of Monte Cristo and The Three Musketeers.

On August 28, 1844 — 176 years ago — Alexandre Dumas published the first volume of The Count of Monte Cristo in the newspaper “Journal des débats,” with the remaining seventeen volumes being published over the course of the next year and a half.

While he took on the name Alexandre Dumas later in life, he was born in Picardy, France with the name Dumas Davy de la Pailleterie. Dumas wrote his first play at the age of 27, before taking small part in the French Revolution of 1830.

Dumas was able to imbue details and accuracy into his writing that only life experience can offer, both from his own life and stories from his father — the first person of color to hold many high positions in the French army including general-in-chief. Over the course of his career, it’s said that Alexandre Dumas wrote over 100,000 pages worth of novels, plays, and other writings.

As detailed in a brief interview with the artist, Google Doodler Matt Cruickshank, Alexandre Dumas’s writing style and characterization made it all too easy to visually portray today’s Doodle.

The rich and beautifull- told tale of Edmund in “The Count of Monte Cristo.” The settings and characters are so wonderfully thought out. It’s a treasure trove of visual ideas.

Some details of this post were initially incorrect, mixing details between Alexandre Dumas and his father Thomas-Alexandre Dumas. We sincerely apologize for these errors.