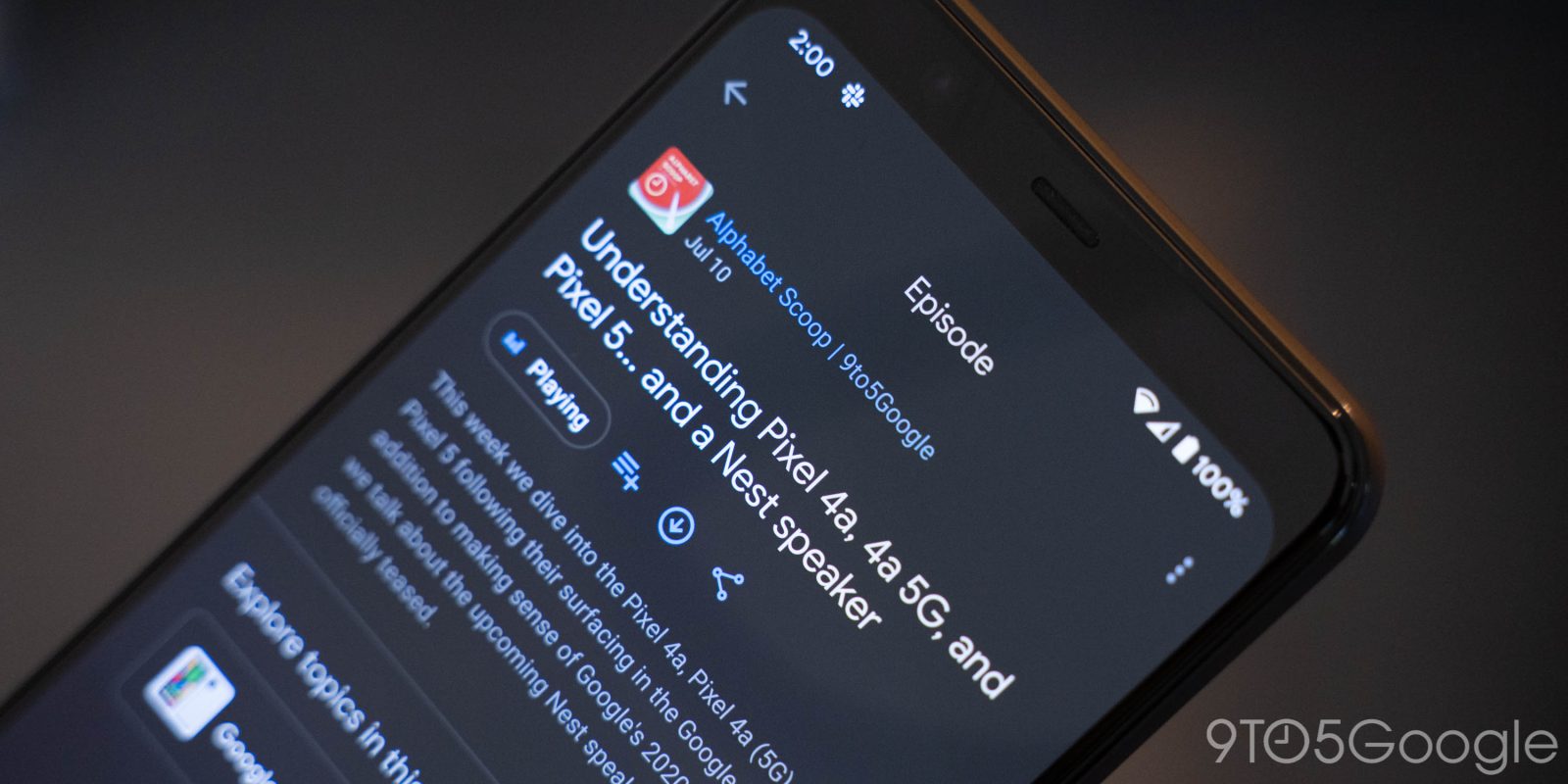 Back in March, Google Podcasts received a big visual revamp and launched on iOS. As part of that expansion, the team hosted an AMA and promised a handful of new features. Quick access to Cast from the Now Playing sheet is rolling out today in Google Podcasts for Android.

With this year’s redesign, the Cast button was placed in the top-left corner of the main Home, Explore, and Activity screens. However, the device picker disappears if users navigate any further — like to a show page or episode listing — in the UI.

This was inconvenient for some users, and Google is addressing by also placing a Cast button in the Now Playing screen. It replaces the info icon in the bottom row of actions of the expanded player.

It still opens a “Cast to” pop-up that lists all your available Smart Displays and speakers. As part of this change, the full episode page/show notes can be quickly accessed by tapping the scrolling title, which now also notes the publisher/podcast name underneath.

There are no other changes in this release. The Cast button in the Google Podcasts Now Playing screen is rolling out with beta version 11.27 of the Google app.