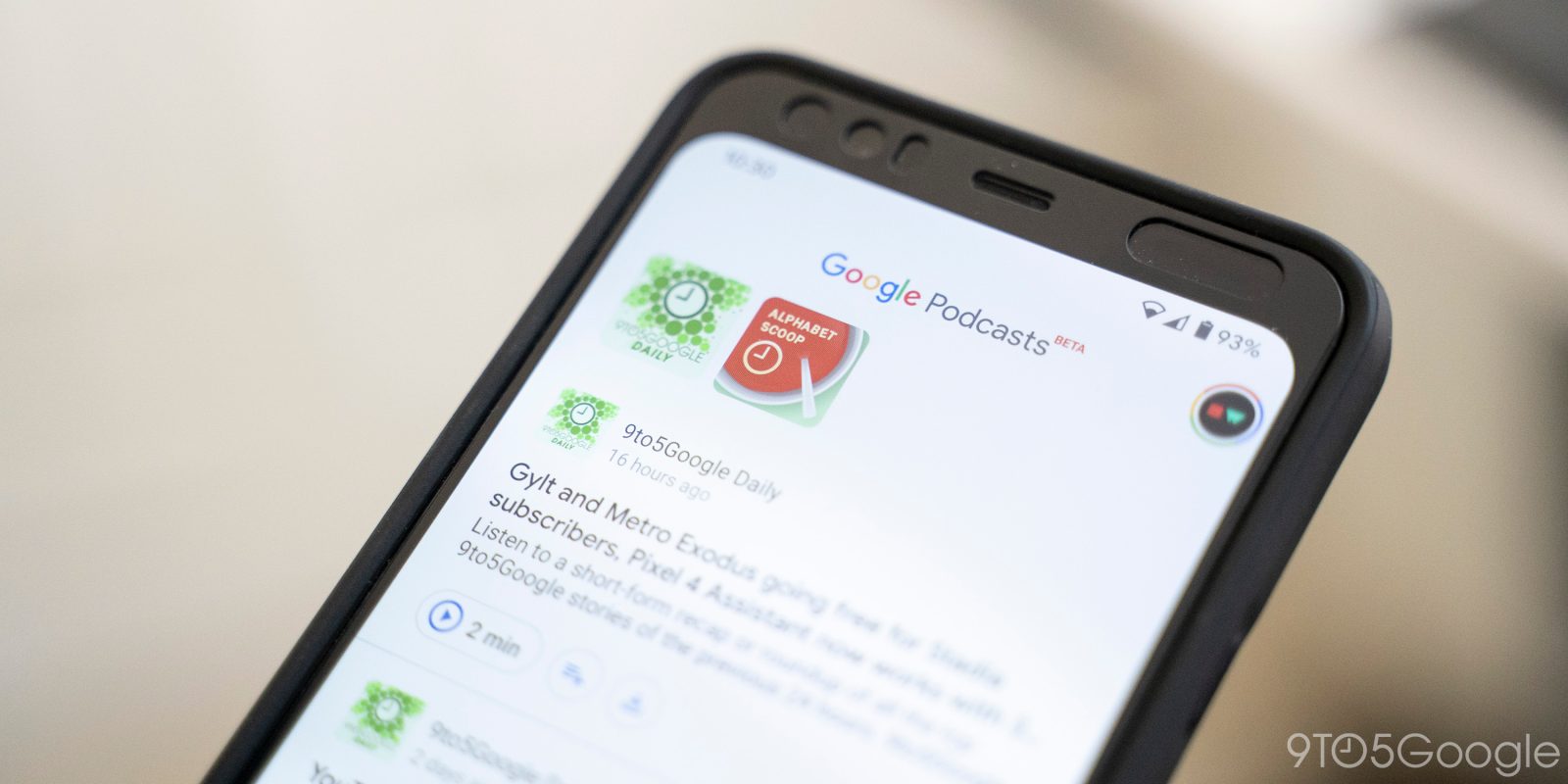 Compared to other clients, Google Podcasts is very simple — only gaining auto-download, notifications, and queuing last week. According to product head Zack Reneau-Wedeen, the company is focused on “helping new users discover the wonder of podcasts,” while “simplicity has been and remains a top priority.” That said, “more advanced features over time” are coming.

One Redditor asked about importing subscriptions to help existing users switch to the app, while another raised the possibility of preview clips for people discovering new podcasts. The latter scenario in general is something Google’s looking at:

This problem of deciding what to listen to when you aren’t already a fan of the show is a top focus of our user experience research team right now.

Meanwhile, lead backend engineer Baq Haidri addresses how there’s sometimes a lag between new episodes being published and it appearing in Google Podcasts:

We do a lot of processing between when we discover a new episode and when that episode can be surfaced in the app. Though we try to surface the latest episodes for all shows as soon as possible, we’re aware that sometimes we don’t surface new episodes for existing shows as fast as we’d like. We’re actively working on this now and hope to have real improvements in the near future.

When asked why someone would switch from Spotify — amid their big podcasting push, Reneau-Wedeen amps up how Google indexes shows directly from the web with 2 million currently in the library. They are also working to make “exclusive podcasts across different platforms” available through Search.

Google acknowledges the confusion, but interestingly does not having anything to “share on this right now,” with a heavy emphasis on timing. Reading between the lines, Google Play Music’s eventual deprecation is coming sooner than later, and we previously reported a 2020 shutdown timeline.

I know this can be confusing. (On the product side, we get some misrouted feedback as well.) Unfortunately, we don’t have anything new we can share on this right now. Thanks for being patient. I’m hopeful we can give you a more satisfying answer soon, and I also hope you’ll keep pushing for more clarity here.

The Google Podcasts AMA has ended, but the team will check back in to answer any new questions.

Update: A second round of answers touched on the app’s design and usability: