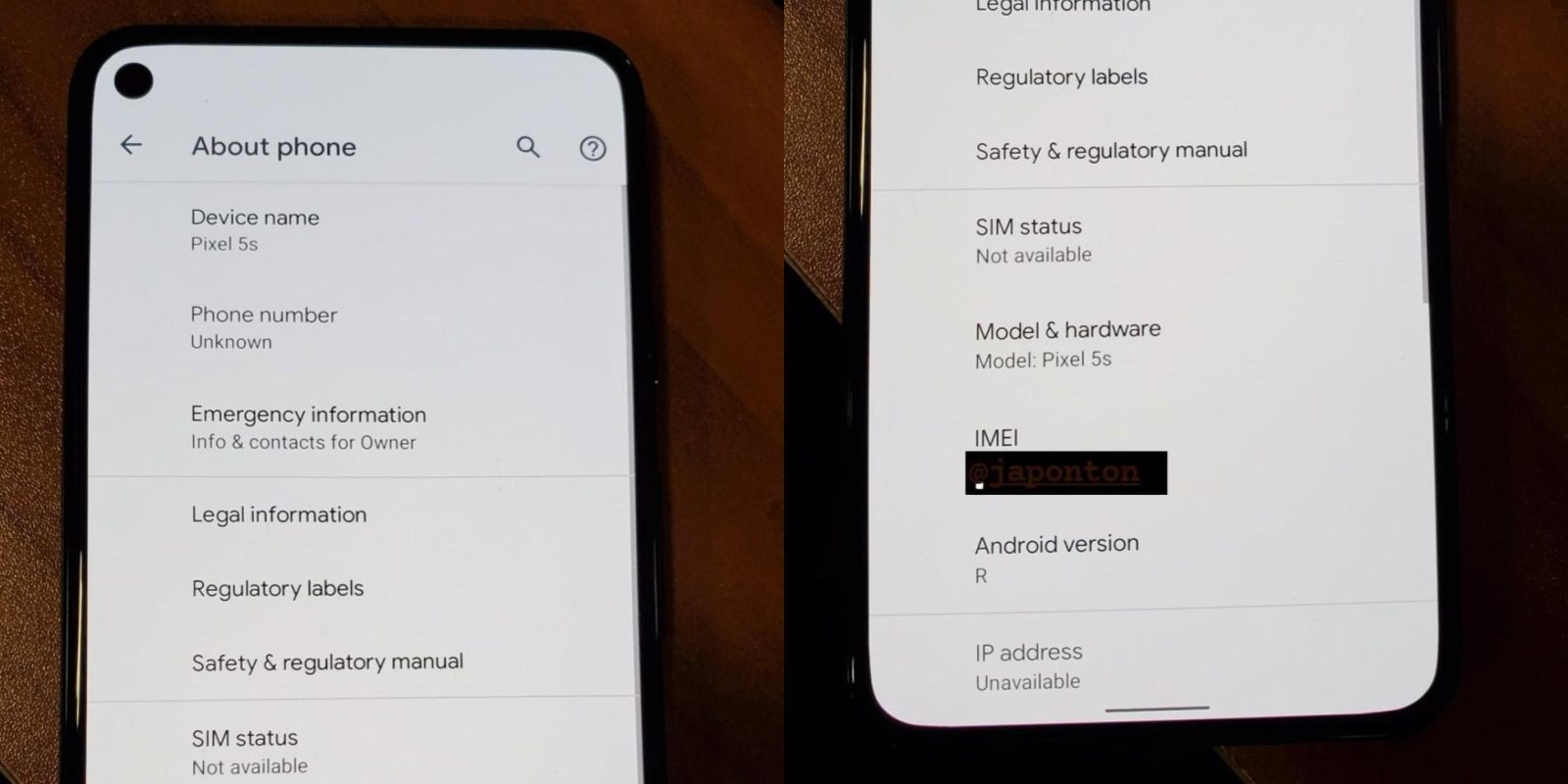 Last month, the Pixel 4a 5G and Pixel 5 emerged side-by-side with an accompanying spec sheet. A new leak shows off what is clearly the Pixel 5, but with a strange “Pixel 5s” moniker.

Original 9/8: Compared to the late August leak, we have a very clear shot of the Pixel 5. The images were tweeted this evening by a Mexican radio host Jose Antonio Ponton. The Pixel 4a 5G and 5 will notably not be available in that country.

Starting on the rear, we see the new square camera bump where the flash is above the spectral and flicker sensor. We also have a good shot of the wide-angle lens that replaces the telephoto.

We get a very clear view of the body’s texture with specks of white/silver throughout, including the fingerprint sensor. We also see a black volume rocker and lock button. There are several barcodes, including one noting the lack of regulatory approval and “R3 EVT.” Redfin is the Pixel 5’s codename, while Engineering Validation Test is a step in the hardware manufacturing process.

The stickers cover up an etched back pattern that presumably serves as another means of identifying early units, while there’s a unique symbol in place of the “G” that Google uses during the prototyping phase.

Meanwhile, the second shot today shows the “About phone” screen. This is the first time we’ve seen a Pixel 5 with the screen powered on. It is running an earlier build of Android “R” as the top bar lacks the time/date and other status icons.

The mystery of this leak is how the “Model” is identified as “Pixel 5s.” The “s” moniker was popularized by Apple, but our best guess is that it possibly refers to the Pixel 5 variant with or without mmWave 5G. Since “s” usually means better, it’s presumably the former.

The FCC at the start of this month revealed that of the four Pixel 5 devices, two models — GD1YQ and G6QU3  — will support both mmWave and Sub-6.

Update 9/12: More images of this “Pixel 5s” have emerged with the screen turned on. The first two shots show the Settings app and confirm 128GB of storage. The homescreen picture shows the “Doodle” live wallpaper introduced with the Pixel 4. We actually see the status bar as well, and how everything is shifted right due to the hole-punch camera.