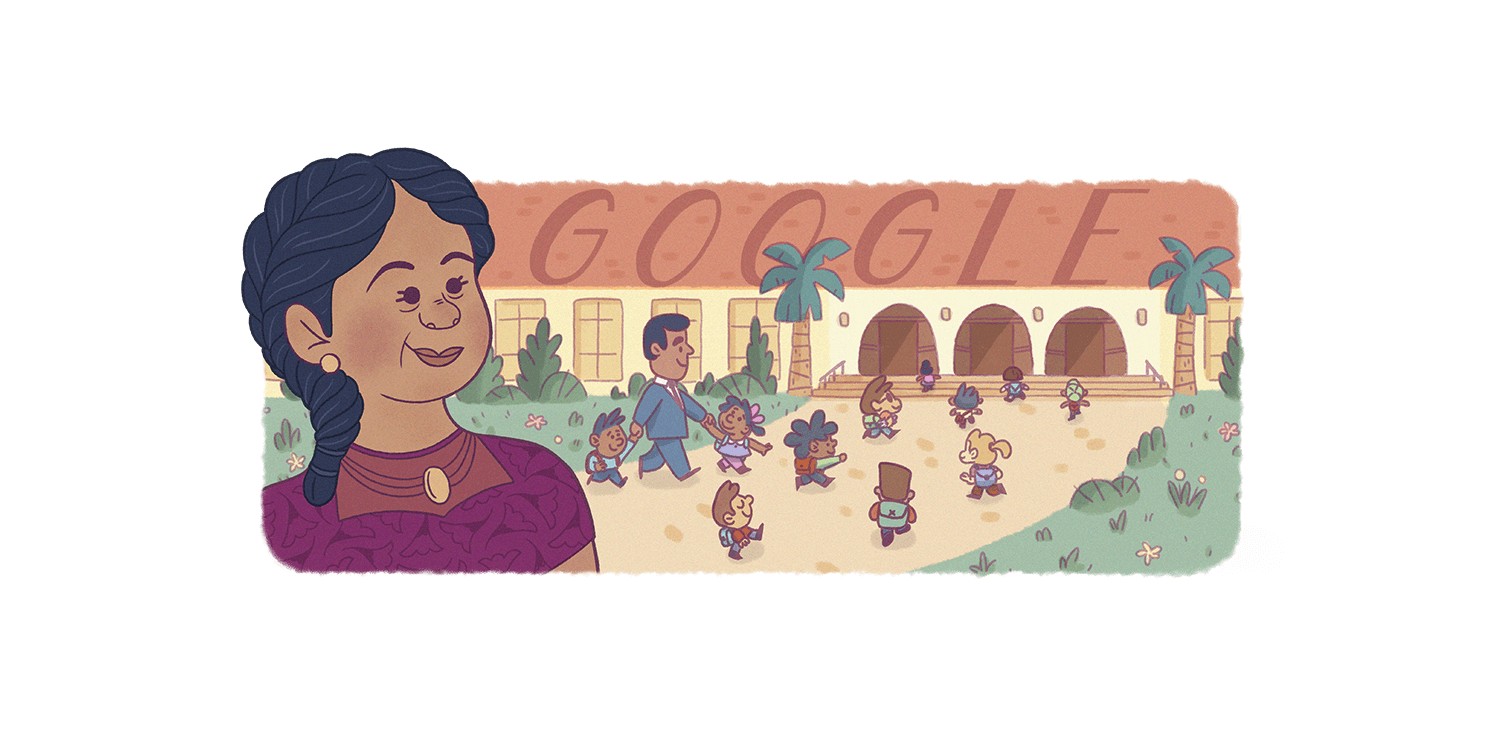 September 15 marks the first day of Hispanic Heritage Month in the United States, and to celebrate that, Google has replaced their homepage logo with a Doodle in honor of Felicitas Mendez.

In life, Felicitas Mendez, born in 1916 as Felicita Gómez Martínez, was no stranger to racism and discrimination. Despite being born in Puerto Rico, as a child she and her family were frequently profiled and treated as “Mexicans.”

Felicitas and her husband Gonzalo Mendez overcame these adversities to run a cantina in Santa Ana, CA and eventually lease a successful asparagus farm in Westminster, CA. In the 1940s, schools in the United States were still segregated, with California having separate schools for “Whites-only.” In Westminster specifically, there were only two elementary schools, with the Hispanic school, Hoover Elementary, being particularly lacking by comparison to the campus of 17th Street Elementary.

To offer her children a better education, Felicitas and Gonzalo Mendez applied for their three children to be allowed into 17th Street Elementary, but it was deemed that their kids’ skin was too dark and that the “Mendez” surname was too Hispanic.

Instead of merely accepting their family’s fate, the Mendezes, along with four other Hispanic-American families, filed a lawsuit Mendez v. Westminster on behalf of thousands of children in the area. While her husband was busy handling the day-to-day matters of the case, Felicitas Mendez skillfully managed the family farm to ensure they could pay any associated legal fees.

After nearly a year in the court and another year of appeals, the families won their right to have their children educated in the same schools as other children. Before long, a law was passed in California enforcing the desegregation of their schools. Some of the arguments made in the case of Mendez v. Westminster laid the foundation for Brown v. Board of Education to end the segregation of schools across the United States.

Today’s Google Doodle depicts Felicitas Mendez proudly looking on as Gonzalo walks their three children into the same school as children of other races.

In creating this Doodle, Google was deeply in contact with the family, including Felicitas Mendez’ daughter, Sylvia, who carried her own share of the weight of this achievement by being one of the first Hispanic-American students in a previously “Whites-only” school.

I am so proud to be the daughter of Felicitas and Gonzalo Mendez and to have the opportunity to keep the promise I made to my mother. I remember my mother saying to me, “No one knows about Mendez vs Westminster, how five families fought to end segregation in California. When we all decided to fight, it was not only for you but for all the children.”

It was that day that I promised my mother I would make sure everyone knew about the fight and Mendez vs Westminster. It became my legacy!!