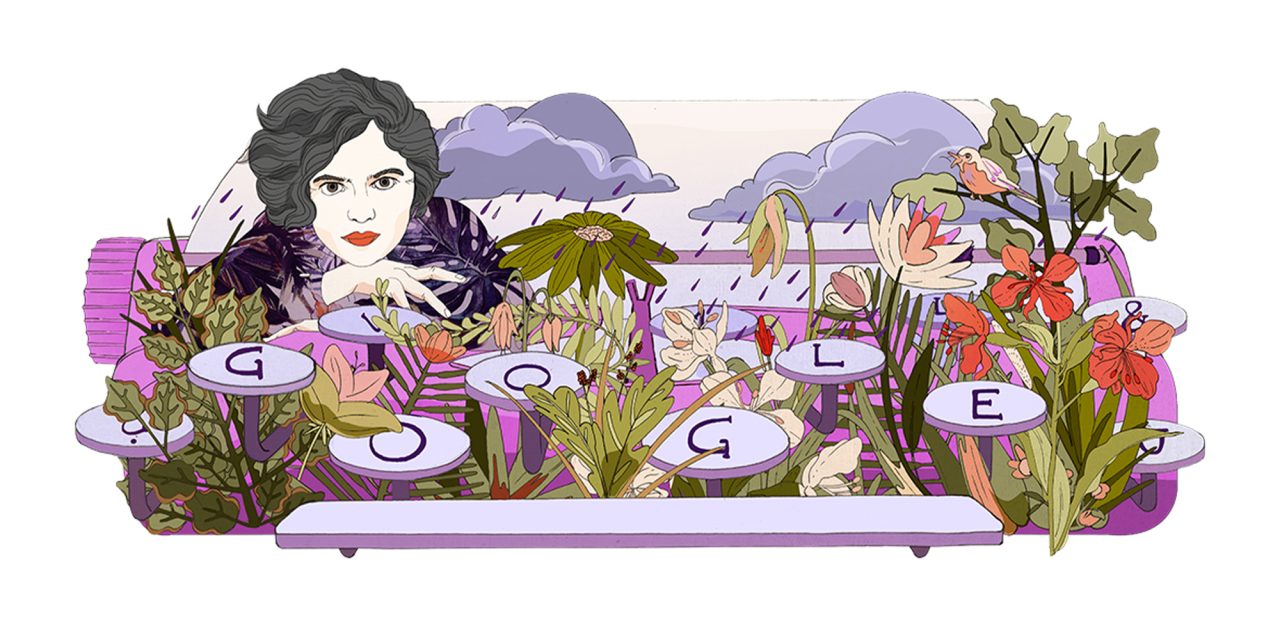 Today’s Google Doodle celebrates the life and work of German-Jewish poet Mascha Kaléko who rose to prominence in the mid-1930s.

Mascha Kaléko was actually born Golda Malka Aufen in 1907 in Schidlow, Galicia, which is now southern Poland. Prior to the outbreak of the First World War, Kaléko and her family fled the country to Germany. The Kaléko family eventually settled and made a new home in Berlin in 1918.

As a teenager, the young Mascha started writing poetry. Within several years, she was becoming a local celebrity thanks to Berlin newspapers publishing her early works. In her poem “Das Bißchen Ruhm” (“A Little Bit of Glory,” 2003), Mascha Kaléko wrote of her rise to fame, metaphorically suggesting that fame is like a plant that needs daily care — and this concept is reflected in today’s Doodle.

Her poetry captured the distinct and unique atmosphere of Berlin during the 1930s. She attained fame and frequented places like the “Romanisches Café” where the literary world would congregate and meet — including Else Lasker-Schüler and Erich Kästner.

On this day, September 16, 1974, Mascha Kaléko held her final in-person reading at Berlin’s America Memorial Library. Google has teamed up with Hamburg-based Ramona Ring to produce the flower-laden imagery. She proved to be a fan of Kaléko’s work already:

I read many of her poems, and what I found compelling amongst other things was her metaphor for fame in “Das Bißchen Ruhm”: flowers in a greenhouse that you have to keep watering and tending. I also liked how she talked about leaning against rain clouds in “Die frühen Jahre”: the clouds were a metaphor for the hardship she had to endure already as a young child. Those are the elements I drew from her poetry that inspired the Doodle artwork.

If you visit the Google homepage today in the UK, Germany, and parts of South America, you will see a very fitting tribute to Mascha Kaléko.

Various attempts have been made to translate individual poems into English. But, finally, in March 2010, for the first time, a representative number of Kaléko’s poems appeared with full English translations in the book “‘No matter where I travel, I come to Nowhereland’ – The poetry of Mascha Kaléko.”

This book contains selected poems from just about every phase of the poet’s life. With the translations following the original German texts as closely as humanly possible in order to maintain Kaléko’s unique style.