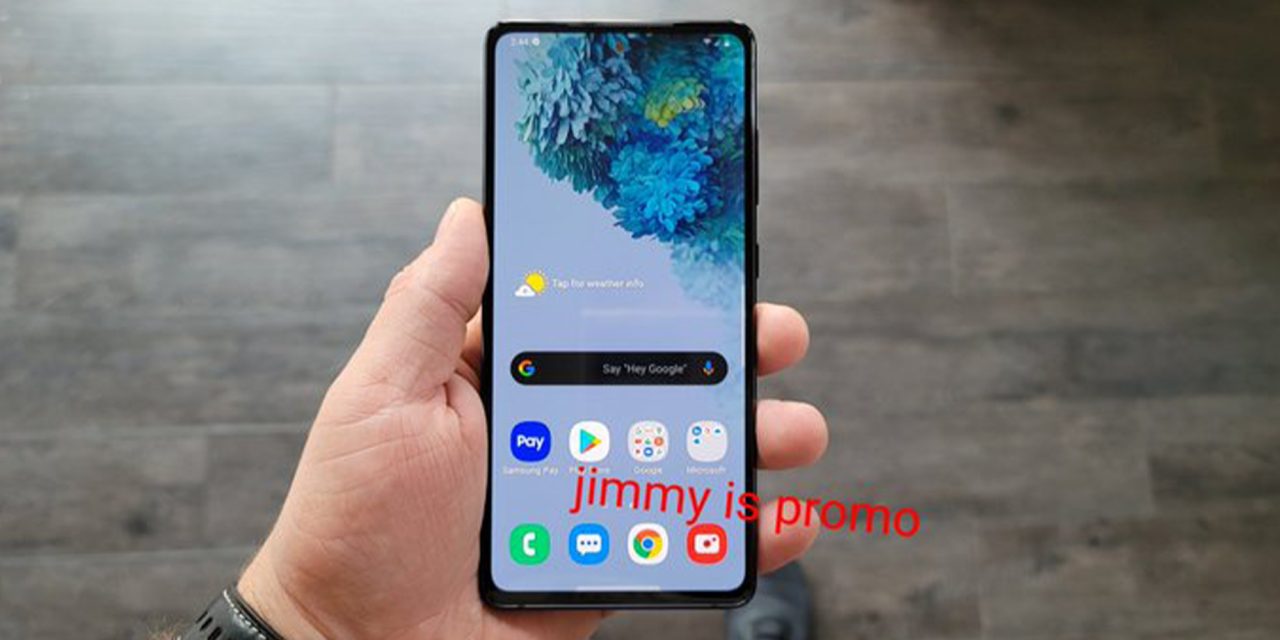 The first hands-on images of the upcoming Samsung Galaxy S20 FE have now leaked giving us a closer look at what appears to be a familiar design with the added bonus of some upcoming specs.

Thanks to the YouTube channel responsible for some of the early Galaxy Note 20 hands-on images and video — Jimmy Is Promo — we now have a better idea of what the Galaxy S20 FE will bring to the table. Given that this is to be a slightly more affordable version of the Galaxy S20, a similar look was definitely expected from the get-go.

[Update 09/21]: With a launch event planned for September 23, you’d sort of expect some details to emerge ahead of an announcement. However, thanks to YouTuber Jimmy is Promo, we practically know everything about the upcoming Galaxy S20 FE via his extended hands-on video.

He touts the price at between $699 and $750, which although in no way being confirmation, does potentially make the Galaxy S20 FE quite an enticing proposition. Much of the build is also given overview, with the back plate being made of plastic in a similar manner to that of the smaller Galaxy Note 20.

The video also confirms that this cheaper alternative to the S20 series will come with a 12-megapixel, 12-megapixel, and 8-megapixel setup that will likely consist of a main wide, ultra-wide, and 3x zoom lens — with 30x digital zoom capabilities. The Infinity-O display cutout plays host to a 32-megapixel camera. The video actually showcases an ever-so-slightly smaller cutout compared to the currently available S20 series too.

Other internals include the Qualcomm Snapdragon 865 chipset, 128GB base storage, 6GB of RAM. The YouTuber doesn’t get into battery size details but did confirm that the Galaxy S20 FE will come with wireless charging support and even the ability to reverse wirelessly charge other devices.

Given these proposed specs and pricing, it’s unclear just how Samsung is planning on marketing the Galaxy S20 FE. You can check out the hands-on video below:

The YouTuber also shared some of the Galaxy S20 FE specs that are expected to be unveiled on September 23 in a dedicated online Unpacked event. Those include that the S20 FE will come with a 6.5-inch flat 120Hz FHD+ display complete with central punch-hole notch.

As you’d expect, the device is likely to come with an IP68 rating, plus will ship with Samsung’s One UI 2.5 atop Android 10. At the rear, the camera specs of the Galaxy S20 FE include a 3x optical zoom lens, which increases to 10x digital for effective 30x zoom. At the front, the punch-hole plays host to a 32-megapixel selfie shooter.

The leaker does hint at a “nice price” but no further details were given. Although they did hint that the Galaxy S20 FE is being pitched just between the S20 and S20+ — it’s not clear if they mean in terms of experience or pricing here though.

Given that we have just a few days before we learn more at the dedicated Unpacked event, we’re sure that more information and hopefully a full spec sheet may appear for the Galaxy S20 FE.