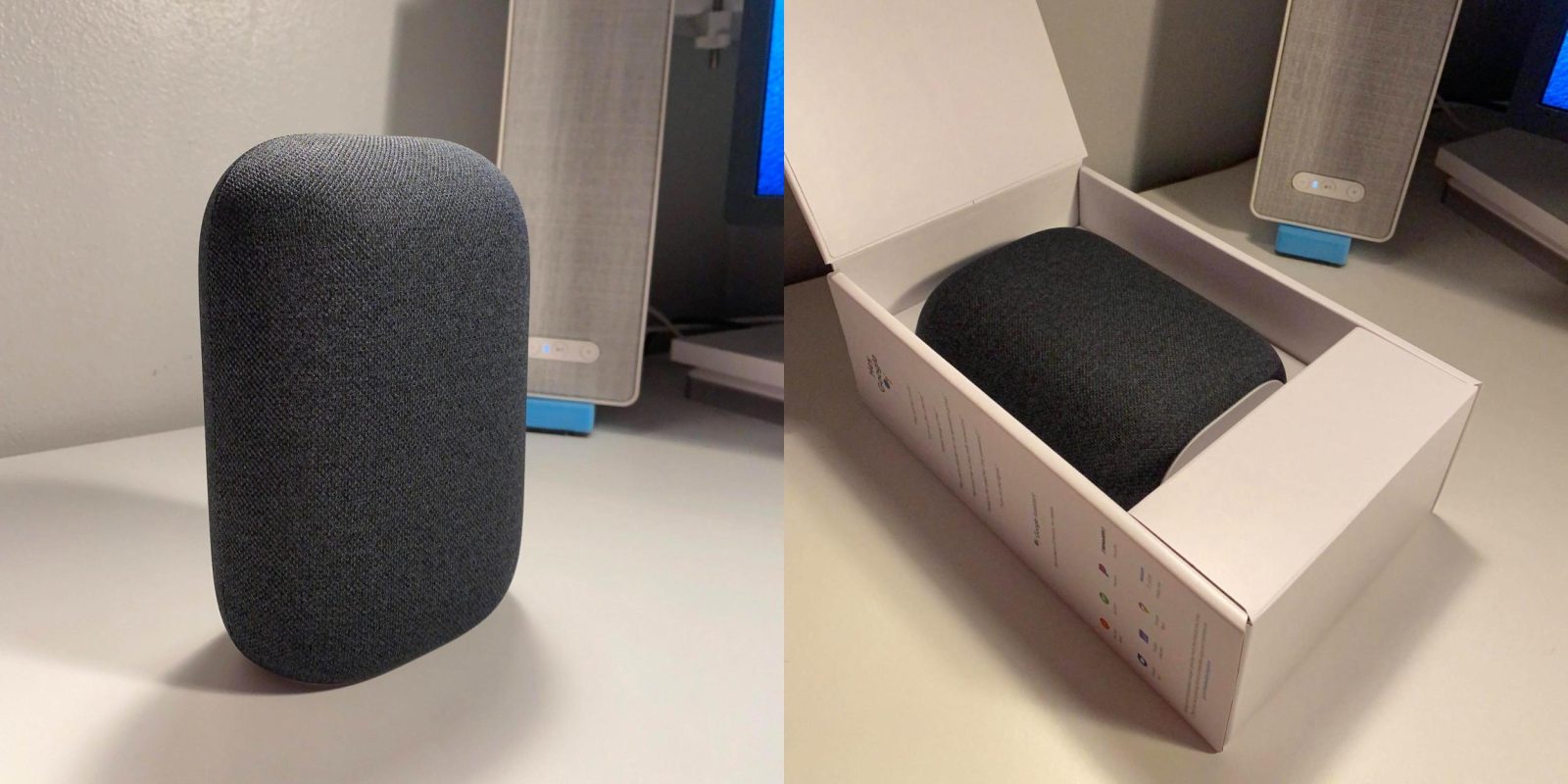 After a day of Chromecast with Google TV leaks, the Nest Audio is getting its own unboxing. This is a more straightforward hands-on, but did reveal the presence of touch controls.

Nearly all the Nest Audio speakers spotted on store shelves have been in Charcoal. The box from a throwaway Reddit account touts “crisp vocals and rich bass from the built-in tweet and woofer,” as well as the ability to “pair two for stereo sound.” Full specifications will likely only surface after being announced by Google on September 30th, though one initial impression is quite positive:

Audio quality blows the original Google home out of the water by a very, very wide margin. Highs are super clear and crisp, lows are remarkably delicate and defined whereas heavy bass items seem to have definition rather than just heavy output. Seems competitive with my Sonos IKEA Speakers at lower volumes.

This gray unit is paired with a white base, and gets a good size comparison to Apple’s Magic Keyboard 2. The power adapter is white and looks similar to the unit included with the Nest Hub Max. Like the Made by Google Smart Displays and last year’s Nest Mini, a barrel jack is leveraged.

The instruction pamphlet reveals that touch controls are present on the top front-half. Volume is adjusted by tapping the corners, while the wide “front top” is for play/pause. This hardware aspect was assumed, and joins the mute switch on the rear.

Given that the Nest Audio is already available in stores — with a handful of successful purchases and unboxings already, it will likely be available shortly after the Wednesday launch for $99.99.