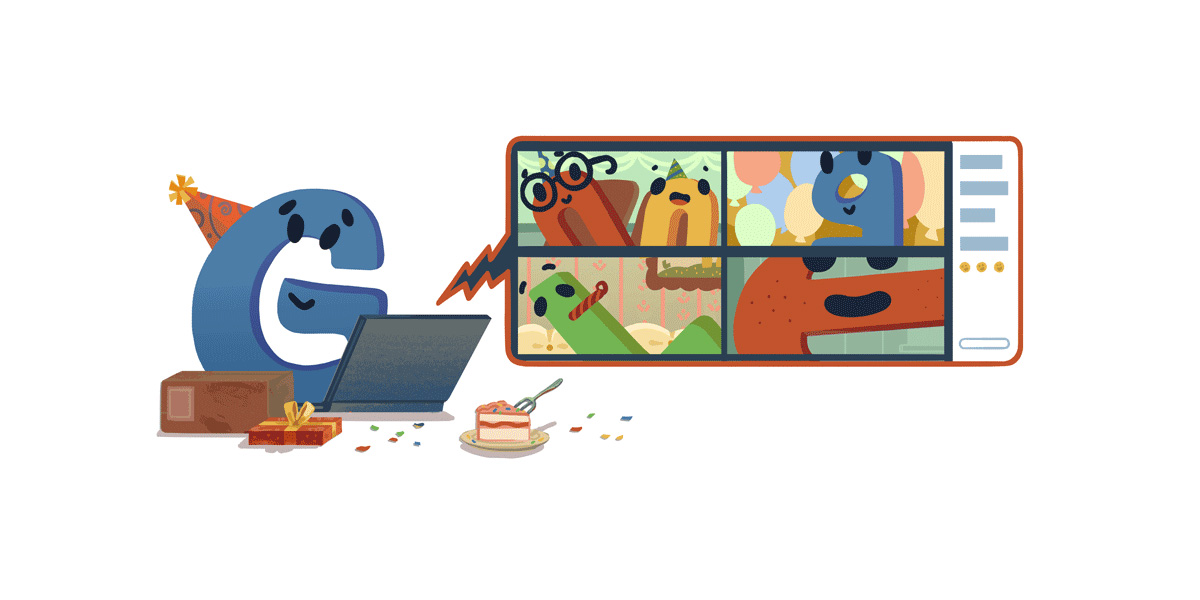 Google Search is such a widely used tool in today’s world that it can be a little hard to believe it’s so young. Today, September 27, Google is celebrating its 22nd birthday with a homepage doodle that feels all too familiar in 2020.

Today’s homepage Google Doodle is live pretty much across the globe and is just the latest in a long line of self-thrown birthday parties on Google’s homepage. This year, however, the doodle has a very different look.

Instead of a memory of where Google started or a traditional party with the other letters in its name, the doodle for Google’s 22nd birthday is a video call between the G and other letters, complete with that one guy who’s way too close to the camera.

This comes during yet another month where most of the world is still dealing with the COVID-19 pandemic, leaving responsible individuals making the choice to forgo traditional parties and gatherings for either small groups or video calls with their friends and family. In the case of Google’s latest birthday, there’s a single slice of cake and a couple of presents that were shipped through the mail. It’s a nice reflection of today’s conditions and a subtle message that’s positive too!

On Google’s site, the company also gives a fun background on the name Google and how it’s become an actual verb.

The partnership between Google founders Larry Page and Sergey Brin traces its roots to the sunny campus of Stanford University. As graduate students, the pair set out to improve the way people interacted with the wealth of information on the World Wide Web. In 1998, Google was born, and the rest is history.

The now world-famous moniker is a play on a mathematical term that arose out of an unassuming stroll around the year 1920. While walking in the woods of New Jersey, American mathematician Edward Kasner asked his young nephew Milton Sirotta to help him choose a name for a mind-boggling number: a 1 followed by 100 zeros. Milton’s reply? A googol! The term gained widespread visibility twenty years later with its inclusion in a 1940 book Kasner co-authored called “Mathematics and the Imagination.”

In 2006, the word “Google” was officially added to the Oxford English Dictionary as a verb, so if you’d like to learn more about how big a googol really is, just Google it!