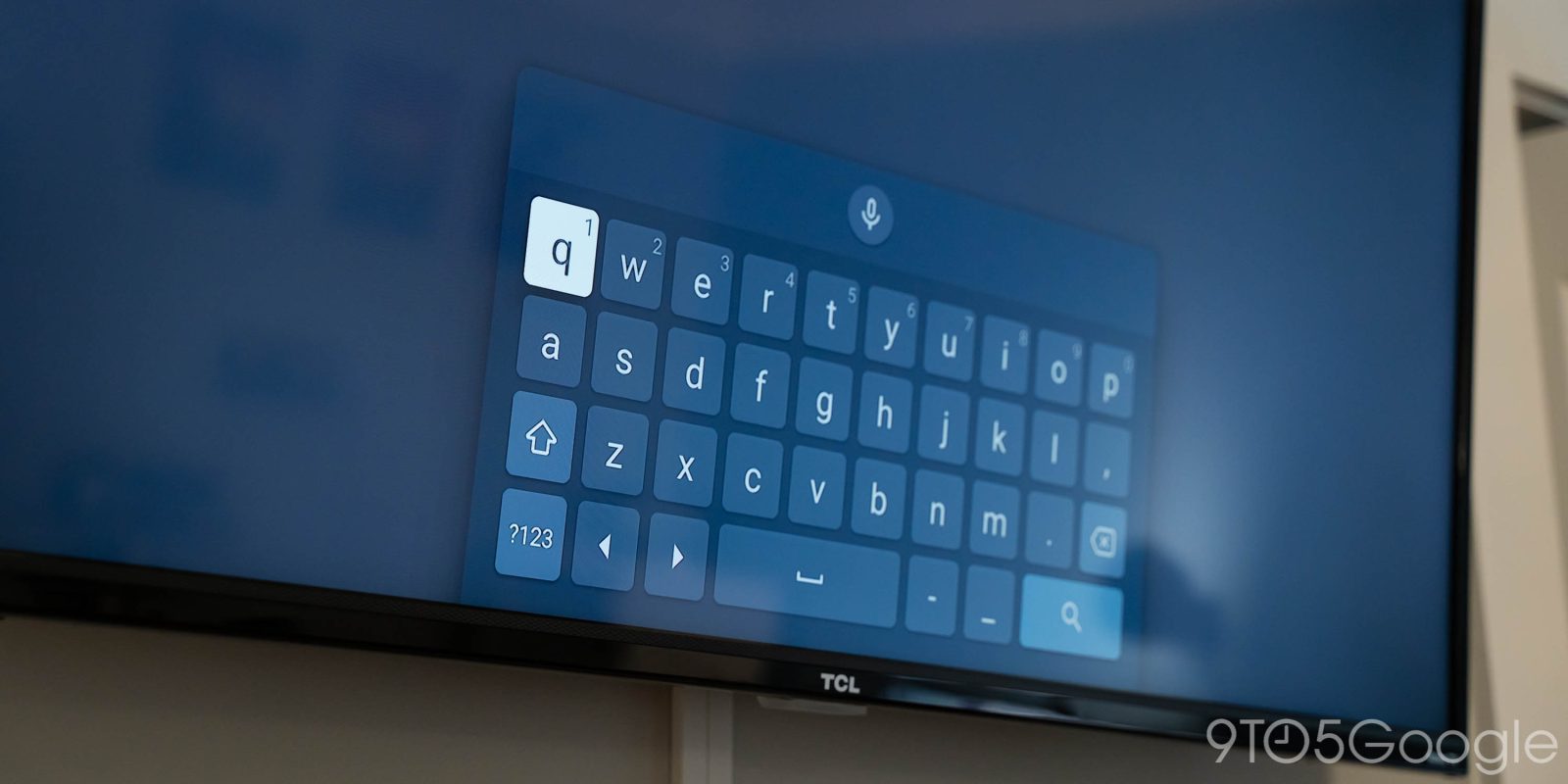 Earlier this year, Google announced that a big refresh would be coming to Android TV’s keyboard. “Gboard TV” is now rolling out to Android TV, complete with a fresh design.

Over the past 24 hours or so, it seems Google has opened the floodgates on Gboard for Android TV users. Multiple reports on Reddit as well as our own testing seem to confirm the wide rollout that is done completely automatically. There’s no system update required here, as Gboard is both installed and set up automatically to replace Android TV’s built-in keyboard.

Gboard TV is different from the stock keyboard in a few ways, but the most obvious is its design. Instead of taking up the entirety of the bottom of your screen, this keyboard “floats” in the center. It’s a traditional QWERTY layout with a key switcher at the bottom. If you use Gboard on an Android smartphone, this TV counterpart is going to feel incredibly familiar.

Also of note is a new microphone shortcut at the top of the keyboard. Most Android TV devices have a voice button built into the remote, but a shortcut in the software will be useful for filling out specific text fields, such as those within apps.

As mentioned, this change seems to be widely rolling out as of today, so you should be seeing the change on any modern Android TV device.