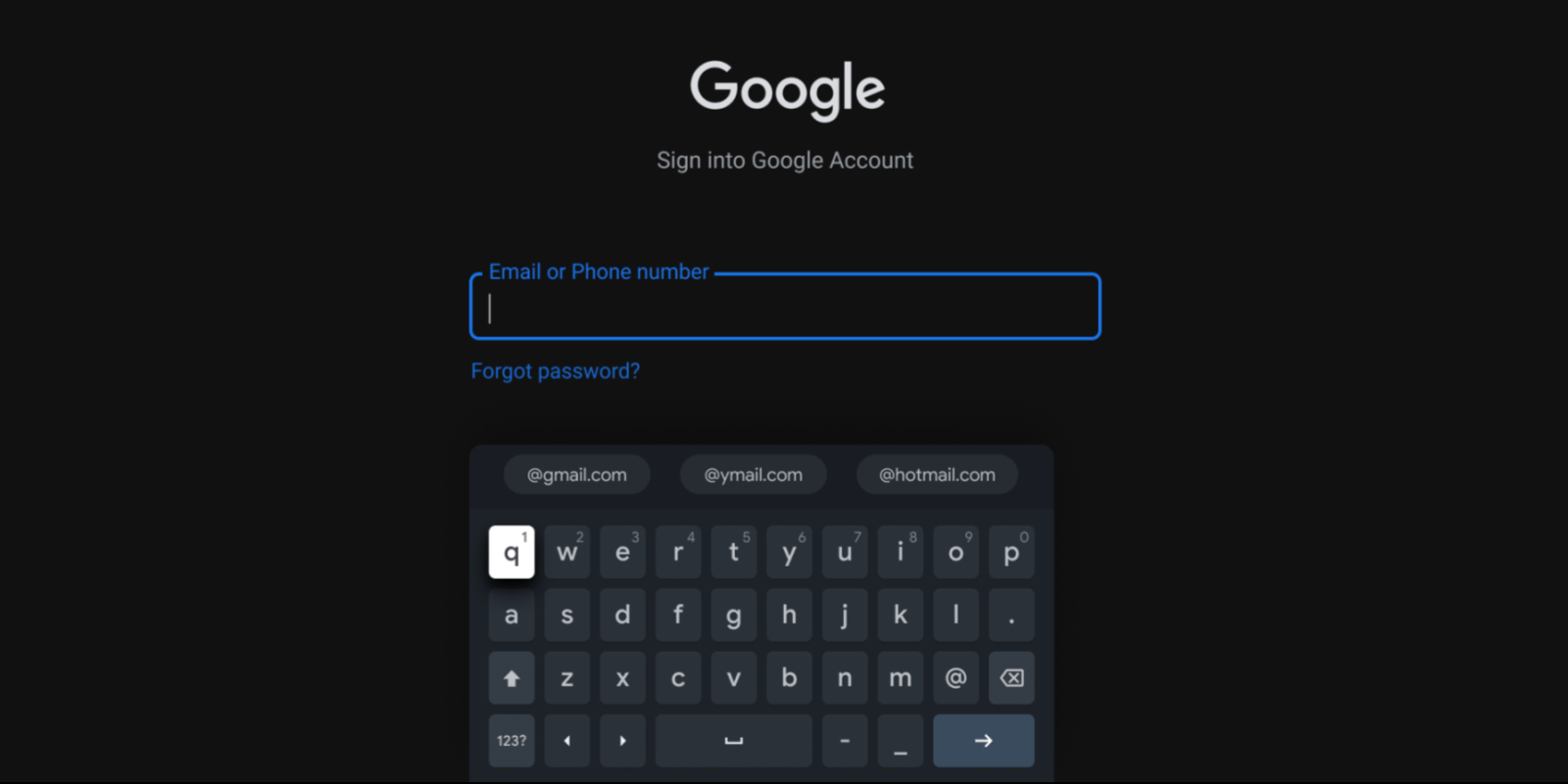 With the focus so far primarily being on phones, Google last week launched the final Android 11 Beta. The company this week is focusing on “Android Beyond Phones,” starting with Android TV today. Announcements include new Google Play features, as well as Gboard TV and Android gaming improvements.

The Google keyboard found on mobile devices is now coming to televisions. Gboard TV has a new layout that offers an experience that is near identical to what you use on Android phones. Compared to the current version, Google has removed the dedicated row of numbers above, as well as some symbols on the right-hand side. Others have been moved around, while fewer keys are shown to make it easier to navigate.

The suggestions strip features a microphone icon for speech-to-text, like on Android, instead of needing to be put next to the text field. Meanwhile, predictions are displayed in a more compact manner that doesn’t span the entire width.

It now floats at the bottom center of the screen instead of spanning the full display. This surfaces the app’s background to the left and right of the box. Gboard TV will be available over the next few weeks.

In addition to adding support for Google Play Instant, gaming will benefit from an auto low latency mode. Android TV will disable post-processing and minimize latency when a game is shown fullscreen. The clear use case for this Stadia, which has been inching along toward full and official support.

Auto low latency mode requires Android 11 and will be available to all manufacturers building devices with the latest version of Android TV. Just last month, Google released a developer preview for the ADT-3.

Lastly, apps benefit from Leanback adding support for Top Tab navigation. Developers previously had to implement custom implementations, but it’s now built-in to the libraries, like Left Hand Side menus.

Other Android TV developments today include: