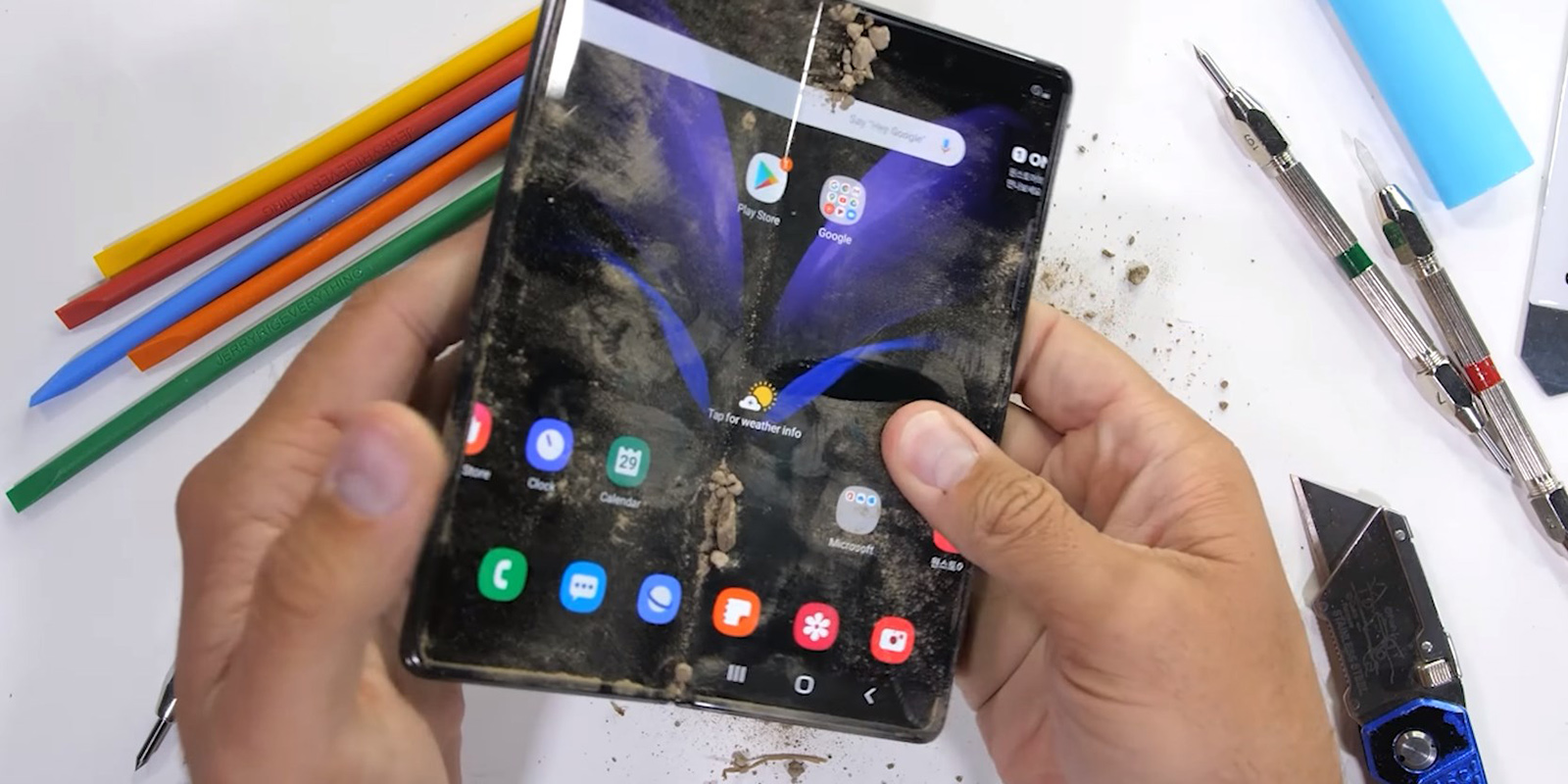 Foldable smartphones still aren’t nearly as durable as the typical slabs most people buy, but Samsung has made great strides in improving that. To prove it, JerryRigEverything is back with a Galaxy Z Fold 2 durability test that shows off the strength of the hinge.

It should come as no surprise on the Galaxy Z Fold 2 that Samsung hasn’t made much progress on the screen’s durability. The outer display is still very scratch resistant with Gorilla Glass Victus, but the more exciting internal display is still very fragile, leaving permanent scratches with even a simple fingernail. Even with ultra-thin glass, that’s just not a problem we’ll see solved any time soon.

What is improved greatly in this year’s Fold, however, is the hinge. It’s still unnervingly strong with even serious force not breaking its grip, but it’s also better protected from dust.

In the video below, we see a pile of rocks and fine dust dropped on the inner display of the Galaxy Z Fold 2 and closed. A few closes and opens later, there seems to be no damage to the hinge and, after a second round, things are still in perfect shape. That’s in stark contrast to the original Galaxy Fold which let nearly all of the dust into the hinge and impacted its performance.

Where does the improvement come from? Primarily from the small brushes Samsung uses inside of the hinge, a tech that first debuted on the Galaxy Z Flip and has since made its way to the Fold 2, and clearly, it’s a big improvement.