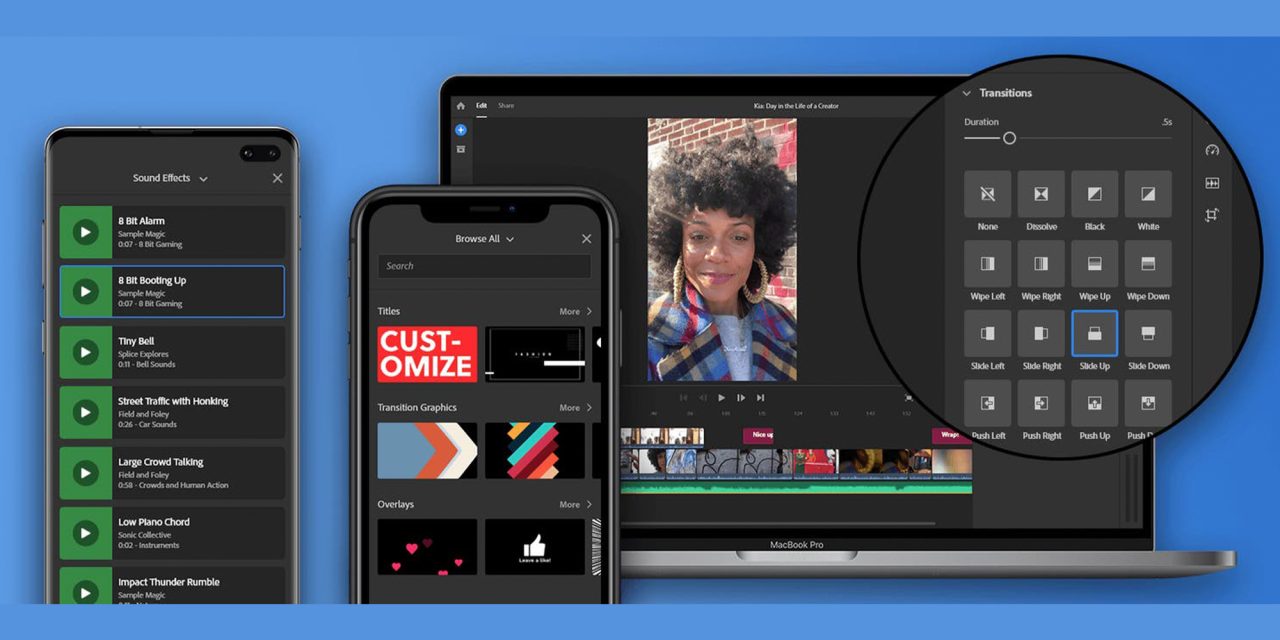 As one of the very best mobile video editing suites for Android, Adobe Premiere Rush is now getting one of its biggest overhauls since making the jump from iOS in mid-2019 with version 1.5.34 — which was announced during the Adobe MAX 2020 event.

Update: Clarification on the $4.99 pricing for mobile-only Premiere Rush access vs. $9.99 per month cost giving access to both the desktop and mobile applications concurrently. The first price-plan is more suited to casual mobile editors, while the secondary plan is better suited to those wanting to edit across their devices.

For editing on the go, Premiere Rush is a solid option if you already subscribe to the Adobe Creative Cloud package. However, it’s still a little hard to recommend at $4.99 a month — for the mobile app although for $9.99 you can access both the mobile and desktop application — unless you are an ardent or consistent mobile video editor. That said, a ton of the new additions make those monthly costs a little more enticing.

Let’s start with all that’s new, Adobe Premiere Rush 1.5.34 brings new transition options to the “Effects” panel, Pan, Zoom, and Auto Reframe are now possible on all platforms, and this release sees the addition of a royalty-free soundtracks, sound effect, and loops panel. That’s just a few of the highlights, as this just scratches the surface of the additions here.

Adobe has partnered with Splice to bring hundreds of royalty-free audio soundtracks, sound effects, and loops to the mobile editing platform. This is all available within Adobe Premiere Rush version 1.5.34, meaning you don’t have to use another application to enhance your audio.

A huge addition to its desktop counterpart, the neat Pan and Zoom options that add motion to a multitude of timeline filetypes is now available as part of this update. You’ll be able to add motion to still images, combine them, and even up the quality of your mobile videography without needing to understand keyframes or framing.

Auto Reframe is arguably one of the most powerful tools for mobile content creators that want their work shared on social media. It works by tracking points of interest within a video and reframes accordingly — even across aspect ratios. For mobile editors on the go, this is arguably the biggest timesaver as part of the Premiere Rush 1.5.34 update.

Plus, Pan and Zoom and Auto Reframe are now available on all platforms. Put your camera roll to work telling your story and bring your still photos and video clips to life! Pan and Zoom can be applied with the click of a button—automatically zooming in or out of an image. Smoothly combine photos and video by adding motion to still images, automatically animating the position and scale over time. We’re looking forward to hearing from you as we continue to iterate on the Pan and Zoom feature this year.

The last notable addition as part of Premiere Rush 1.5.34 is that of brand new titles and transition graphics. These now even include a “Glitch” transition, which is often a popular preset used by creators.

Getting access to some admittedly neat tweaks and options still won’t replace the full desktop Adobe Premiere experience, but for editing at 1080p on the go, Adobe Premiere Rush version 1.5.34 is yet more enticing. The update should be rolling out now via the Google Play Store.