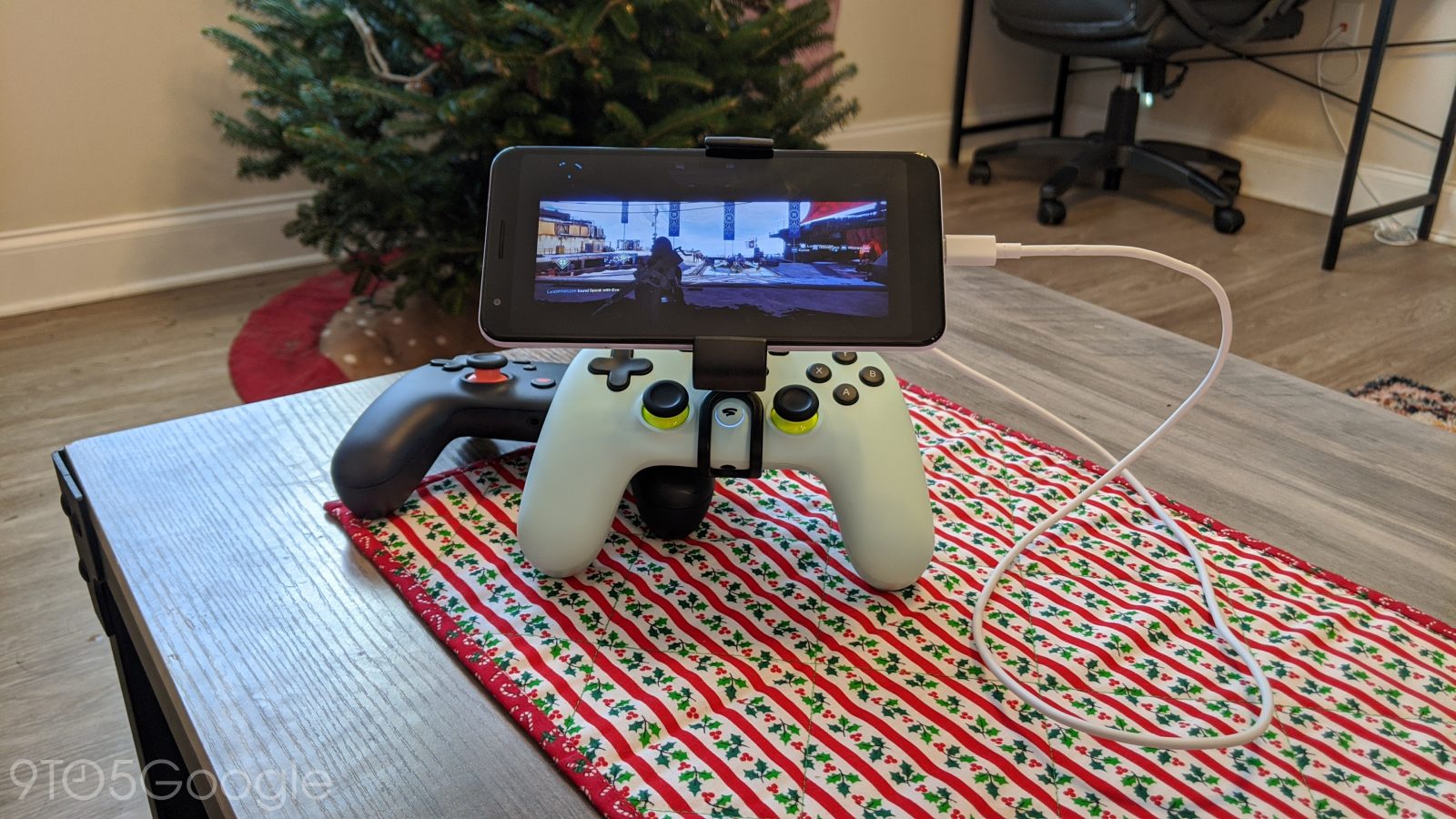 One of the hallmarks of Google Stadia is the ability to game on traditional devices like computers and TVs along with more portable form factors like a Pixel phone. To make the most of playing Stadia on your Pixel, you’ll need a phone mount for your controller. But is the official Made for Google Stadia Controller CLAW from Power Support worth your money?

No matter which device you’re playing Google Stadia on — Android, Chromecast, desktop, laptop, or Chromebook — the official Stadia controller is usually the best tool for the job. To help you easily swap between platforms, since you likely won’t always be playing Stadia from your phone, the Power Support CLAW is designed to be both installed and removed from the controller with ease.

One of the concerns raised about the Power Support CLAW ahead of its release was that it may scratch your Stadia Controller. Even the Google Store’s official product listing mentions this possibility.

Power Support Claw™, may mark the Stadia Controller during installation and removal.

Whether you’ll actually see any damage done, however, may depend on which color Stadia Controller you own. No visible marks were left when installing and removing from my Night Blue controller, but my wife’s Wasabi controller was not so lucky, with light scuffing after each removal. These marks are easily rubbed away, thankfully. 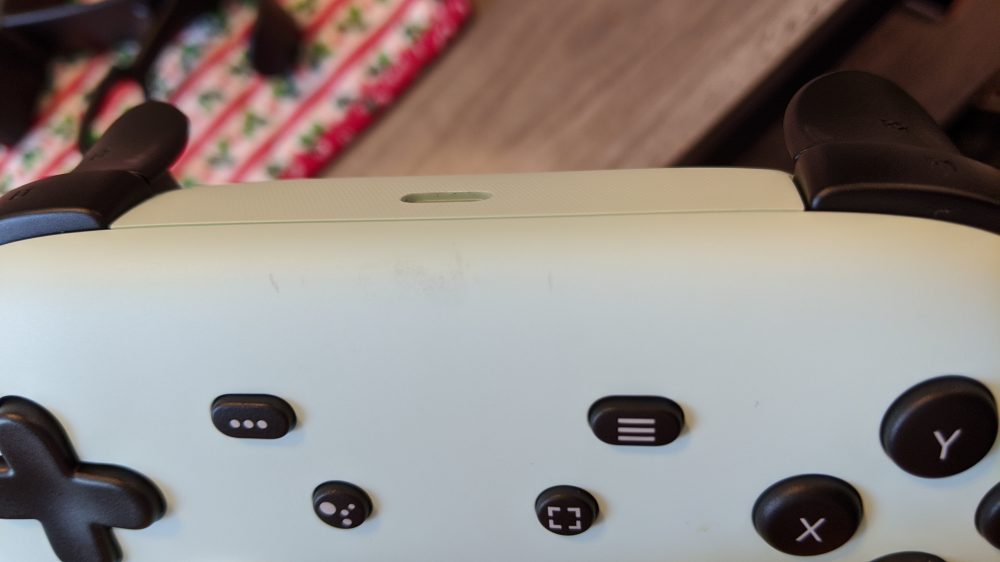 In contrast to the relative ease of attaching the CLAW onto the Stadia Controller, the process of mounting your Pixel phone is surprisingly difficult. The mechanism used to grip your phone is quite strong and can be a bit frustrating to open while also trying to place your phone in its grasp. While that strength is good for the safety of your phone, it sometimes tragically backfires with the Power Support CLAW either clamping down the volume rocker or triggering the Pixel’s Active Edge.

Worse, the CLAW does not allow extra room for phones that are in a case. In my testing, I was unable to fit a Pixel 3a XL with an admittedly thick Speck case into the grip. Power Support claims that “many other phones will fit into the holder,” — which will come in handy once Stadia supports non-Pixel Androids — but if your phone is any wider than the Pixel 2 XL, you may be out of luck. Anything wider than about 80mm is not going to fit into the CLAW.

Coming from experience with other phone mounts for other controllers, the first thing that stood out is how well-balanced the Stadia Controller CLAW is. An out-of-balance controller normally takes a heavy toll on the wrists during longer gaming sessions.

Instead, the Power Support CLAW allows for extended hours of comfortable gameplay. This is because it attaches your phone to the face of the controller, rather than the top or the rear. Overall, this makes the whole rig feel much lighter in the hands than similar setups for other controllers. 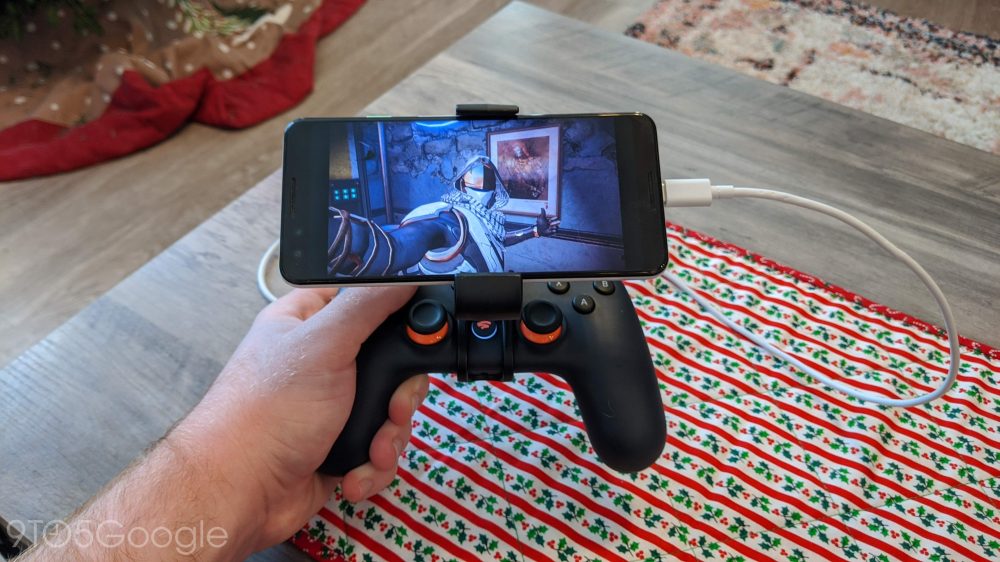 However, the ergonomic design introduces some flaws of its own. For example, given the phone’s mounting point and angle, you almost certainly will not be able to see your controller’s buttons while clipped. If you’re not comfortable playing with the Stadia Controller without looking at it, then the CLAW mount is not for you. This shouldn’t affect most gamers, though.

Another issue is that two of the controller’s inner buttons — specifically the ones for taking screenshots and invoking the Google Assistant — are a bit harder to press with the CLAW attached. However, given that these buttons serve no purpose on Stadia for Android as we know it today, this is a non-issue in the short term.

Honestly, the most critical issue with the CLAW mount is one that is entirely out of Power Support’s control. For the time being, the only way to connect the Google Stadia Controller to a Pixel phone is with a USB-C cable, not over WiFi like on Chromecast. This also means that — unless you happen to have a 1 ft. USB-C cable handy — your controller rig will have an excessively long wire dangling from it.

Should you buy the Power Support CLAW for the Stadia Controller?

Even with its flaws, the Power Support CLAW is still worthy of the $15 asking price if you ever intend on playing Stadia from your phone. In fact, its value proposition will only increase over time as Google brings Stadia to more phones and gives the Stadia Controller better wireless capabilities, both of which will occur over the course of 2020. The Power Support CLAW for Stadia Controller is available from the Google Store and direct from Power Support.

Or, if playing Google Stadia wirelessly is a must, you can also consider the PowerA MOGA Mobile Gaming Clip for the Xbox One controller you may already have handy.