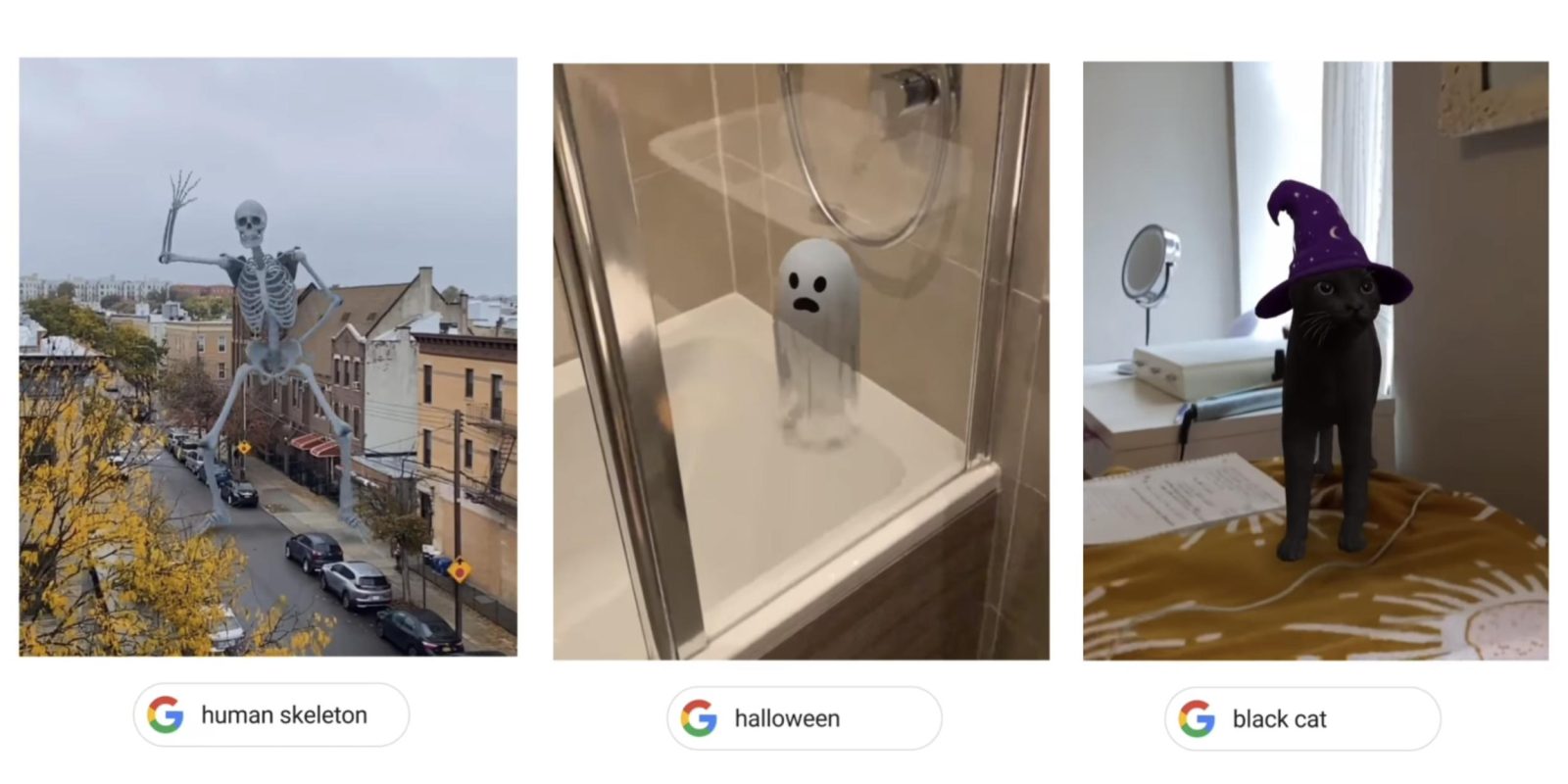 With Halloween this Saturday, Google is getting into the spirit with special 3D animals and objects. Google added a 3D black cat and two other delightful pets wearing costumes, as well as other October 31 mainstays like a human skeleton.

Similar to the Easter Bunny back in April, these trick-or-treating creatures are distinguished by costumes:

Google invites you to say “boo!” to them, with all three accompanied by a soundtrack once you tap “View in 3D.” A shortcut here shows other “related models” and saves you from having to do a fresh search to access each one.

You then have the option to “View in your space” to take a picture/video of the virtual object in the real world.

Meanwhile, searching for “Halloween” lets you “summon up a 3D ghost.” The ends of the white sheet are appropriately transparent, but even this spectre leaves a shadow in Google’s virtual re-creation.

You can then conjure up a “jack-o-lantern,” or rather three of them. And these pumpkins have a spooky laugh as they rock side-to-side.

Last up from Google is a 3D “human skeleton,” which is actually dancing and “part of it.” This has the potential to produce a viral moment, especially when enlarged and placed to menacingly do its moves over the unsuspecting while you record.

Google’s 3D Halloween animals and objects are available on most modern Android and iOS devices. Just search them up on a mobile browser or in the Google app and scroll until you find the animated card.