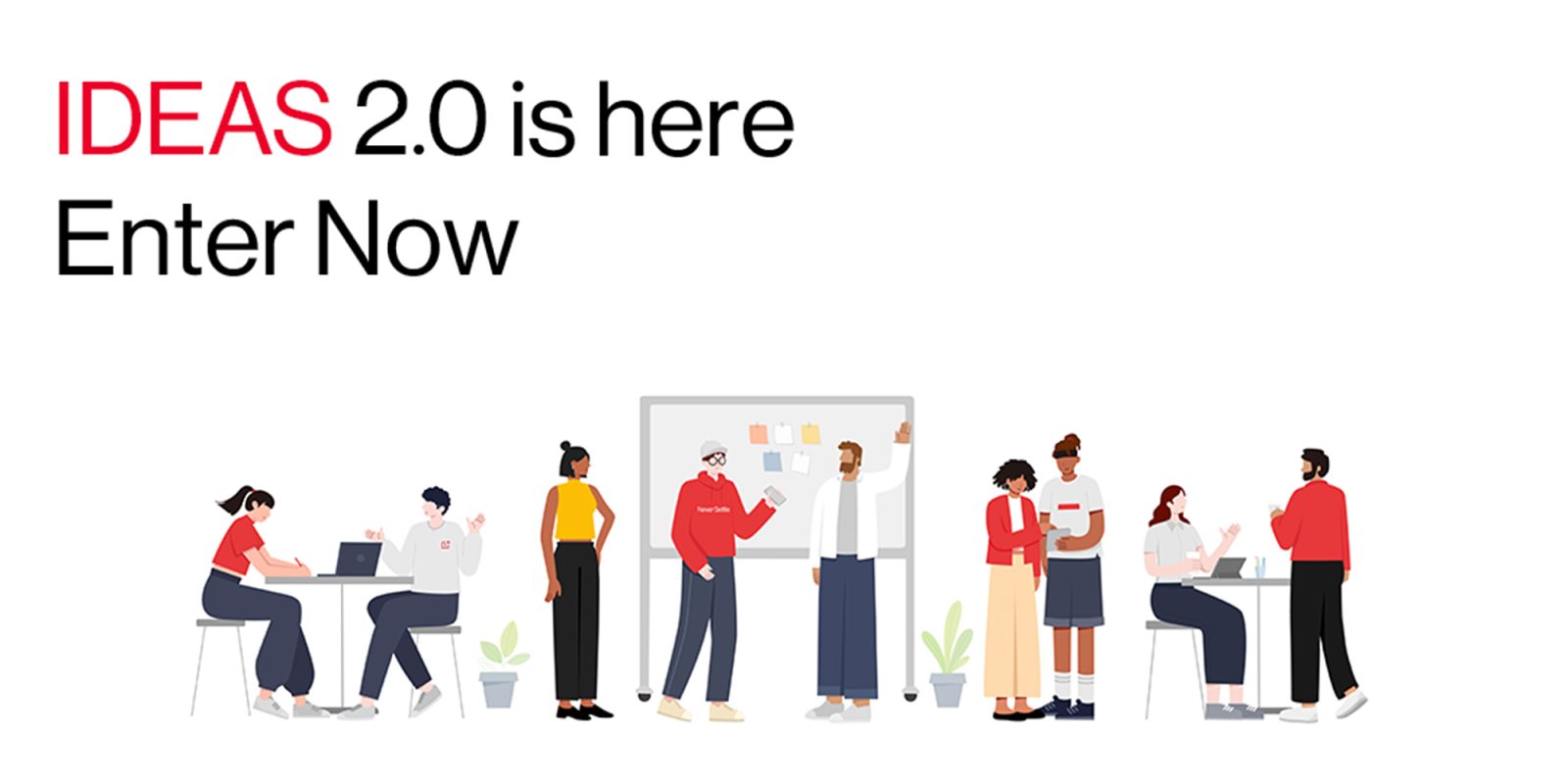 Having one of the most active online communities has seen OnePlus become a major player in the Android space over the past few years. The company still wants to ensure that fans have their voices heard after launching the OnePlus IDEAS 2.0 campaign to help improve and enhance future versions of OxygenOS.

You may remember that OnePlus has had numerous similar campaigns that have helped features like the Ambient Display finally come to their devices. Given the intense online disdain we have seen for the upcoming OxygenOS 11.0 based upon Android 11, now might be the ideal time to get your own voice heard as part of this campaign.

[Update 10/28]: The third round of the IDEA 2.0 has now begun, with the early results from round 2 now being announced on the OnePlus Forums. The top 7 community voted for ideas and additions are now making their way to the next round with the following updates potentially making their way to a future OxygenOS build — provided they are accepted:

1. Separate volume for each app and allow dual media playback – by @micohau

As a user who listens to music 24/7, I want that apps don’t pause my music without my permission cause its very annoying. So that i don’t have to resume my music every time i open an social media app.
One of the few features i miss from my old Samsung S10e

As an oos 11 user I noticed that lockscreen clock is different many may not like I want To have ability to customize lock screen (clocks, shortcuts etc.) Weather data on lockscreen would be epic also. So that It looks better and simplier or whatever you want. Also more stock android and just better.

As OnePlus is so determined to improve the one hand usage experience. Given the huge screen sizes we have for all the OnePlus phones, I genuinely feel that actions like screenshot can benefit from it.

As a user who has faced burn in issues before and has gotten their display replaced under warranty, I want OnePlus to introduce subtle and periodic pixel shifting to avoid display burn-in, So that screens stay in mint condition and user’s have no worries about display burn-in issues.

5. Wireless file transfer from PC to OnePlus and vice versa – by @Starcommander

As a user who frequently works on a laptop as well as uses a smart phone I want to have the ability to transfer files directly from laptop to my OnePlus or vice versa, wirelessly So that there is no hassle to search for USB cable whenever I need to transfer a file from windows to phone. This application is meant for efficient multitasking.

As A user who charges his phone over night, every night, I want To have the ability to customize the charging level, like I want the ability ability to customize the level of charging, so it can charge up to a certain level and stop charging after that, like if I want to set my phone charging level up to 80 percent so it stops charging after it reaches 80 instead of 100, So that The battery would last longer, it won’t degrade as much if it charges to 80 % instead of 100%
Really hope you guys implement this option, in stable android 11?

If you have an idea of your own that you would like to see in a future OxygenOS build or on an upcoming OnePlus device, then the third round has now begun. Of course, there are no guarantees that we will ever see any of the community-driven suggestions but the Chinese firm did commit to bringing a number of the previous campaigns highest rated suggestions to the third-party skin.

The start of the OnePlus IDEAS 2.0 campaign was confirmed over on the official OnePlus Forums, with plenty of encouragement for fans that think they have the next great concept or idea that should come to a future OxygenOS build.

IDEAS bridges the gap between our Community and the OxygenOS team. The concept is quite simple – you submit your idea and if the Community loves it, people from our OS team will go through your concept, analyze it and will share their feedback. And if the top ideas fit our software philosophy, they will be picked for implementation. It’s all up to you: you submit the ideas and you vote to select the best ones.

OnePlus has some pretty simple rules for this second IDEAS round. You’ll have from September 28 to November 6, 2020, to submit an idea with associated sketches, mockups, or video content. The OnePlus community will then use the dedicated IDEAS 2.0 micro-site to vote for their favorites. The top seven ideas or concepts will gain OnePlus Forums XP — useless internet clout — but the overall winner will get their idea enveloped into OxygenOS, plus a VIP ticket to a OnePlus offline launch event with accommodations.

To be considered you will have to answer a few questions about your proposed feature. These include:

The winner of the OnePlus IDEAS 1.0 campaign came up with 20 tweaks to OxygenOS to help enhance the experience.

If you are design-centric, you can include diagrams and sketches to fully illustrate why your design works or would work in practice. Winners will be chosen by senior OxygenOS software team members with the very best idea making its way to future full OxygenOS releases. If you’re full of your own feelings on how OxygenOS could be improved, then you can head to the OnePlus IDEAS 2.0 site to submit your ideas.