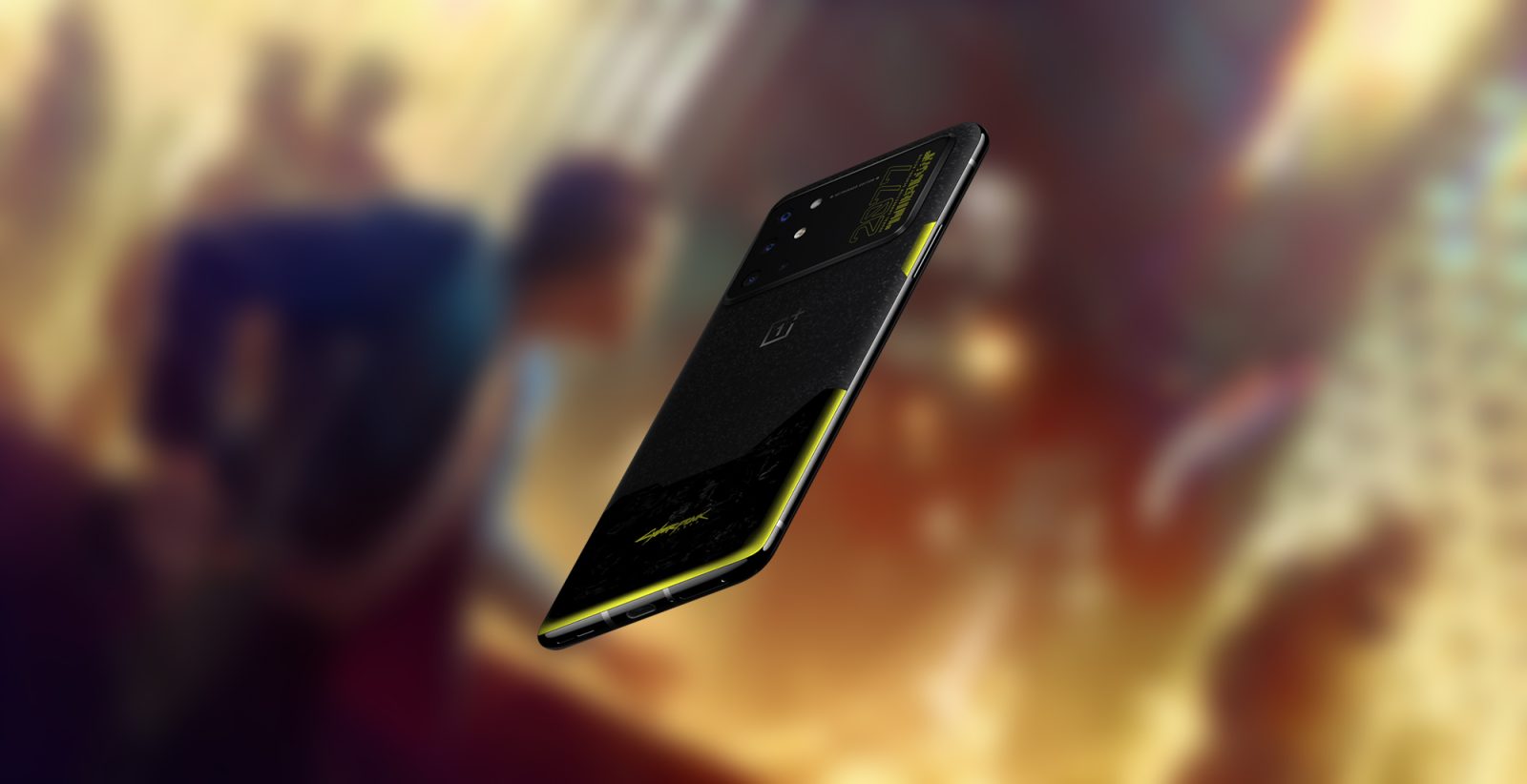 Ahead of the game’s delayed release in a few weeks, OnePlus has debuted a special tie-in edition of the OnePlus 8T to go with Cyberpunk 2077.

Going up for pre-order today in China, the Cyberpunk 2077 Edition OnePlus 8T is pretty much identical to the standard model on the spec sheet. It has a 6.55-inch 1080p 120Hz display, a Snapdragon 865 chip, 12GB of RAM, 256GB of storage, a 4,500 mAh battery with 65W fast charging, and Android 11. The Chinese variant of this phone is the only one that’s been announced so far, though, and it’s running on top of the HydrogenOS skin.

The big standout for this version of the OnePlus 8T is its Cyberpunk 2077 inspired design. The phone adopts a speckled black colorway that has yellow accents along the sides and bottom. The game’s logo is also present at the bottom of the rear panel.

To round out this design, OnePlus has also expanded the width of the rear camera module to essentially the entire width of the phone itself. That bigger module doesn’t serve any additional purpose aside from looks though. That’s a bit of a shame because aside from the included case, other accessories probably won’t work with this model. Also included in the box you’ll find some special edition stickers and cards. Out of the box, HydrogenOS is also slightly tweaked to reflect the game.