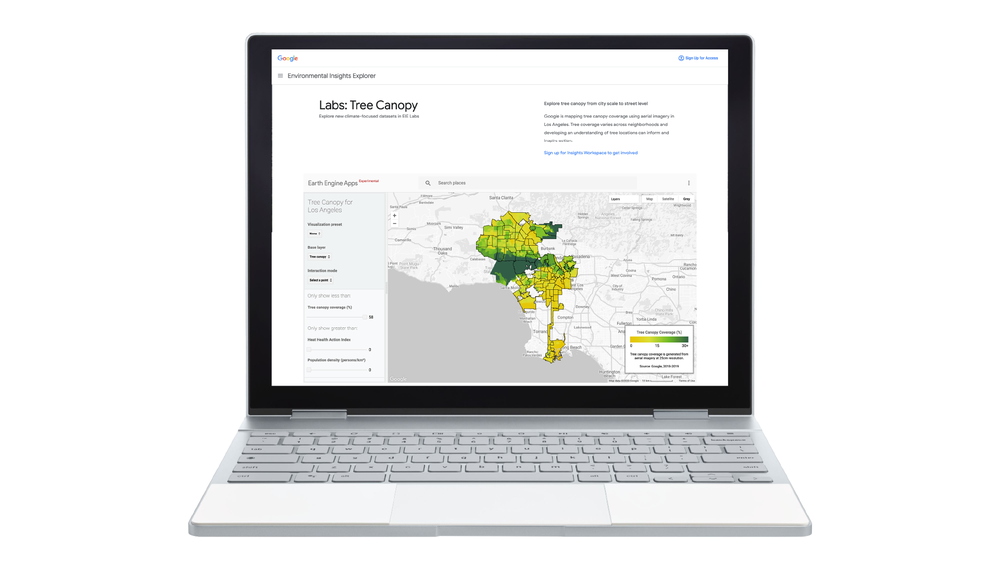 Trees play an important role in lowering street-level temperatures, especially in cities with heat islands that have a host of environmental issues. To help prioritize and make planting more efficient, Google has released the Tree Canopy Lab.

Google is able to “pinpoint all the trees in a city and measure their density” after analyzing both color and near-infrared aerial imagery collected from planes throughout the year (spring, summer, and fall). A height map is also created by comparing images from different angles.

We then use a specialized tree-detection AI that automatically scans the images, detects the presence of trees and then produces a map that shows the density of tree cover, also known as ‘tree canopy.’

Google worked with the City of Los Angeles for the first deployment of this tool. Tree Canopy Lab can find:

We also see a correlation that shows parts of Los Angeles with the lowest heat risk also have the highest tree canopy coverage — these areas are also the lowest population density of Angelenos.

Google plans to bring the Tree Canopy Lab to “hundreds of more cities in the year to come.”