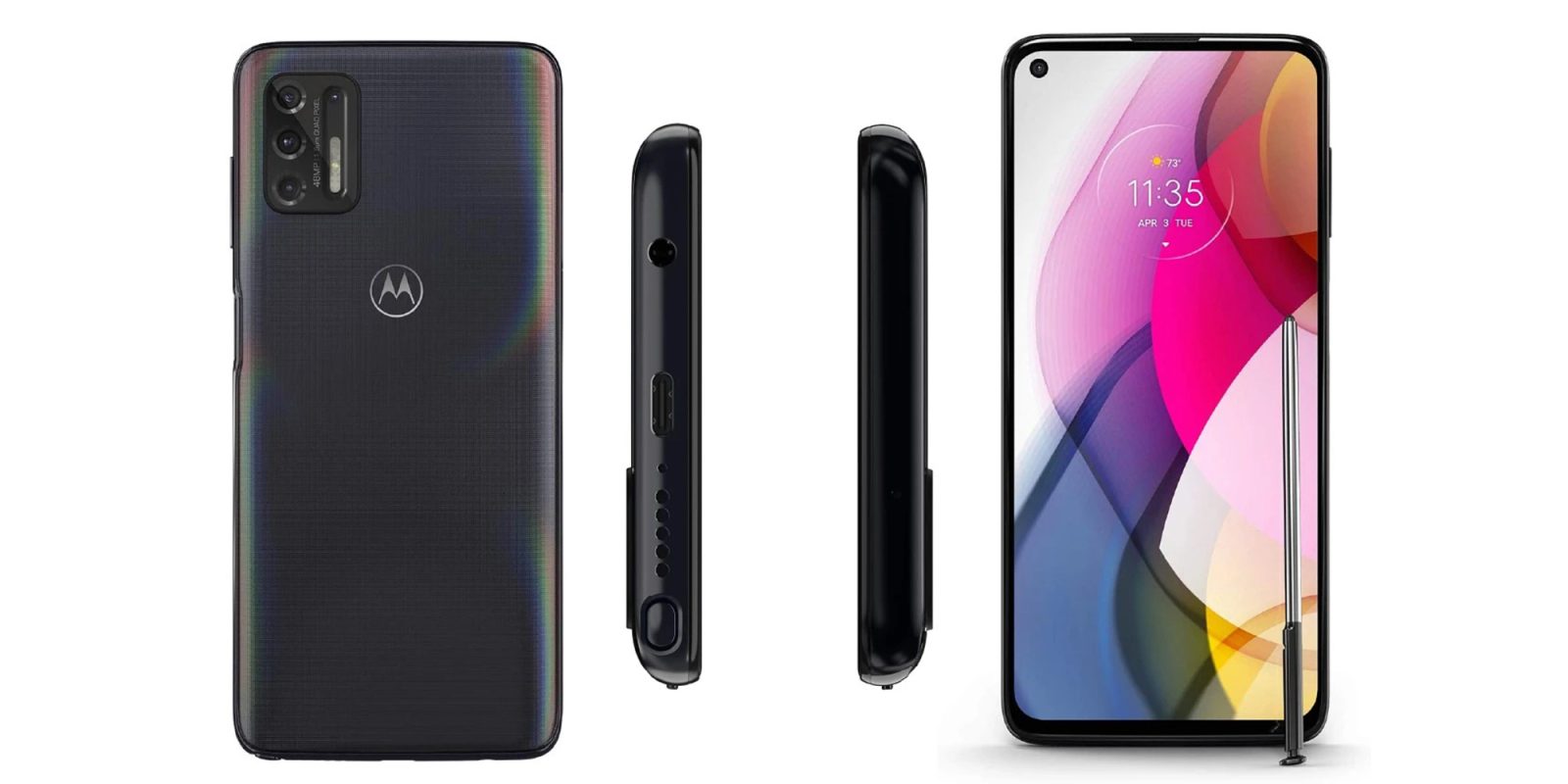 The 2021 follow-up to the Moto G Stylus has been leaked way ahead of schedule by Amazon, giving us a glimpse of what the stylus-equipped smartphone will bring to the table early next year.

Previously leaked specs suggest that the 2021 Moto G Stylus will offer a modest set of improvements over the original. But the leaked listing was shared by PhoneArena and showcases a very similar design to that of the recently released Moto G9 Plus.

The Moto G Stylus will sport a 6.8-inch FHD+ display with an upper-left punch-hole notch. Very much like the Galaxy Note series, the stylus has a little holster or slot on the bottom bezel for safe storage. With the Note series set to disappear in 2021, maybe a high-end Moto G Stylus might actually be an enticing prospect for longtime Note fans.

As for internals, the Moto G Stylus (2021) will come packing the Qualcomm Snapdragon 675 chipset, 4GB of RAM, and 128GB of internal storage. This now-pulled Amazon listing suggests the updated handset will come with a 4,000mAh battery inside. The biggest disappointment is that it’s likely to ship with Android 10 out of the box.

We’ll see the camera rely on a 48-megapixel main sensor, 8-megapixel ultra-wide-angle, 2-megapixel macro, and 2-megapixel depth sensor. The selfie camera is in the 16-megapixel flavor. This probably won’t win any awards but should be more than competent in most scenarios.

Other notables on the 2021 version of the Moto G Stylus are a side-mounted capacitive fingerprint reader, but it’s not entirely clear if there will be a 3.5mm-headphone jack included on this modest Motorola smartphone. Oddly, the original listing suggests that the device availability date is November 19, 2020 — which hints that this device is ready to be released by Moto.

The pricing might turn heads, as the Moto G Stylus (2021) is listed at $341, which is a little higher than the original $299 asking price. Two colors are also listed, with Aurora Black and Aurora White expected. Let’s hope we learn more in the coming weeks.