Hands-on: Android TV’s new Play Store is a breath of fresh air for the platform 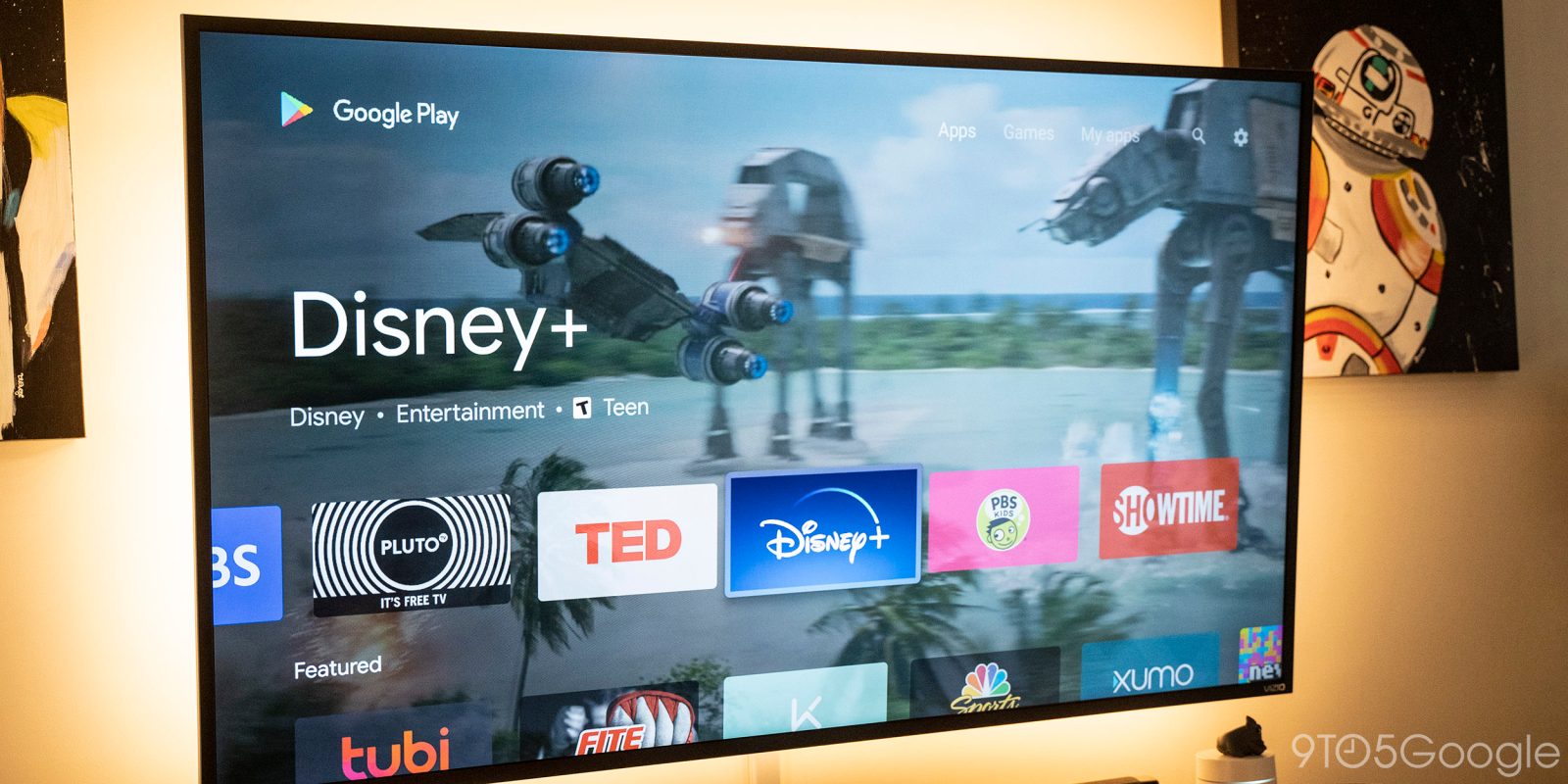 The Google Play Store on Android has seen some major redesigns over the past couple of years, but the same app on Google’s Android TV platform has been stuck on the same design since 2014. Now, Google is rolling out a brand new Play Store for Android TV and we’ve got a quick look at everything it brings to the table.

Android TV’s Play Store has functionally worked fine since its debut a few years ago, but the platform has greatly evolved in the time since, which has made the Play Store feel outdated. Worse yet, its original design was never very good at surfacing new applications and as the store grew, the problem just got worse.

With the new Play Store, Google is focusing in on both of these issues. From a design aspect, the update is great. Transparent UI elements, app “bubbles,” and color gradients make the Store feel very native to Android TV as it stands today. The Play Store now looks like an extension of the homescreen and that’s a very good thing.

The “homescreen” of the new Play Store is the most important part of this redesign. At its top, the design showcases several applications that can display videos (with no audio) in the background as you hover on them. 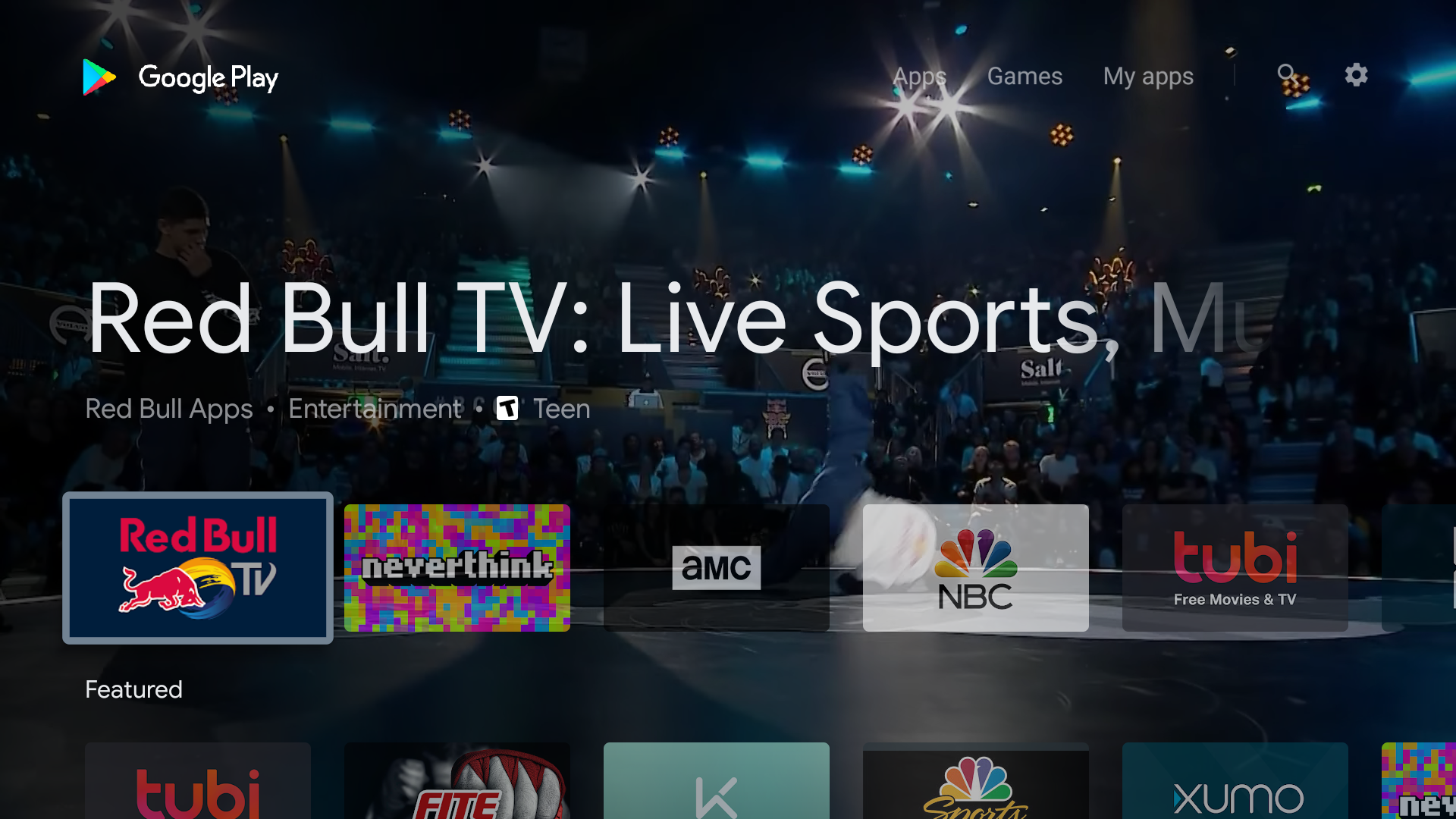 Below that, Google starts to split apps into different categories. These categories adjust based on your activity but will often include entertainment, fitness, sports, and more. One section I found interesting was “Free TV & movies” which highlighted apps such as Xumo and Pluto. 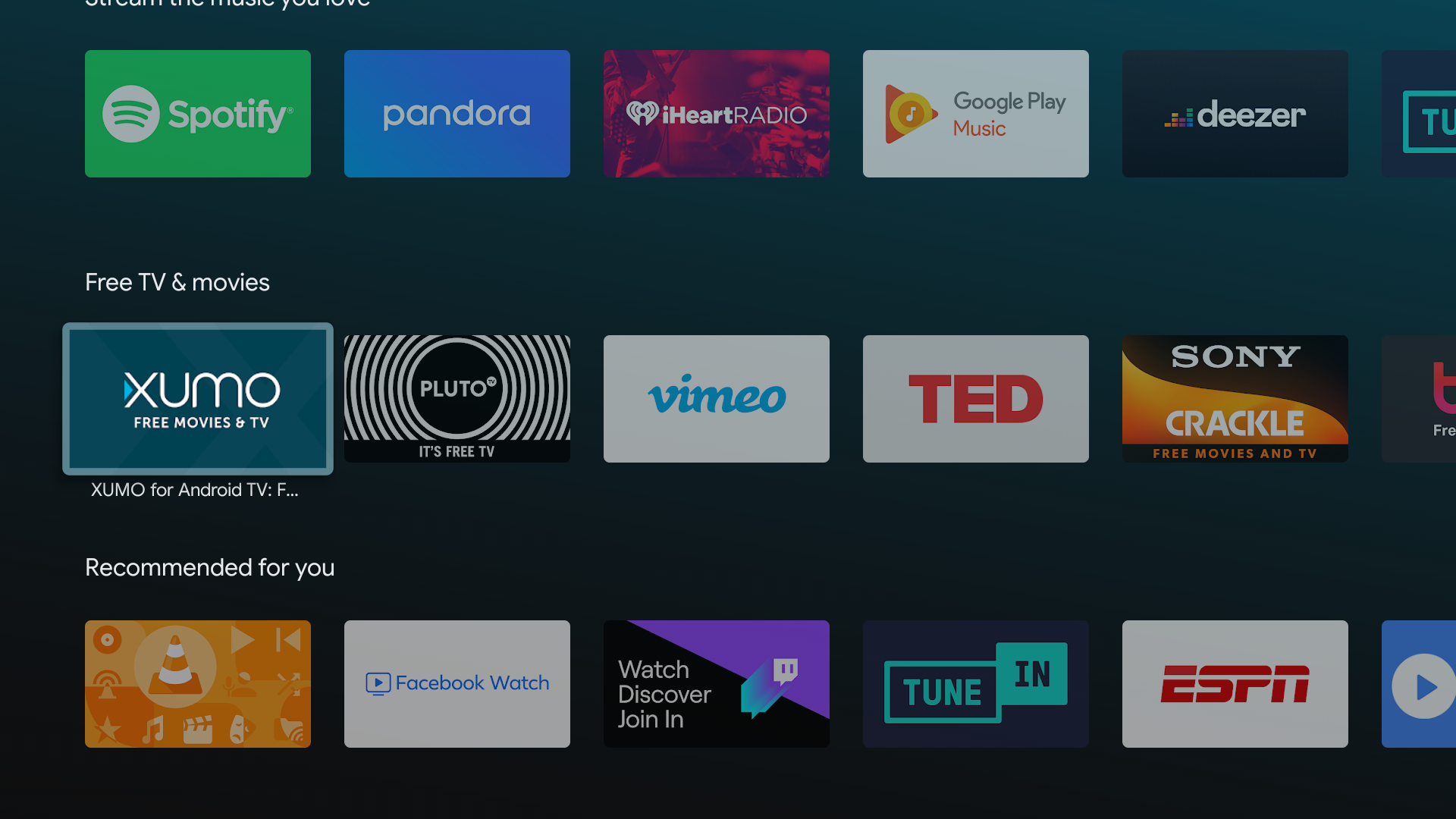 At the very bottom of this list, Google has categories for apps on Android TV that include entertainment, music, video players, tools, lifestyle, sports, news, productivity, fitness, and more. In my brief testing, most of these categories have plenty of relevant apps, but less common categories such as “communication” are sparse.

The design pushes itself into app listings as well which are now cleaner with bigger titles and more obvious app screenshots. The call-to-action buttons for installation and other actions are much more obvious now as well. 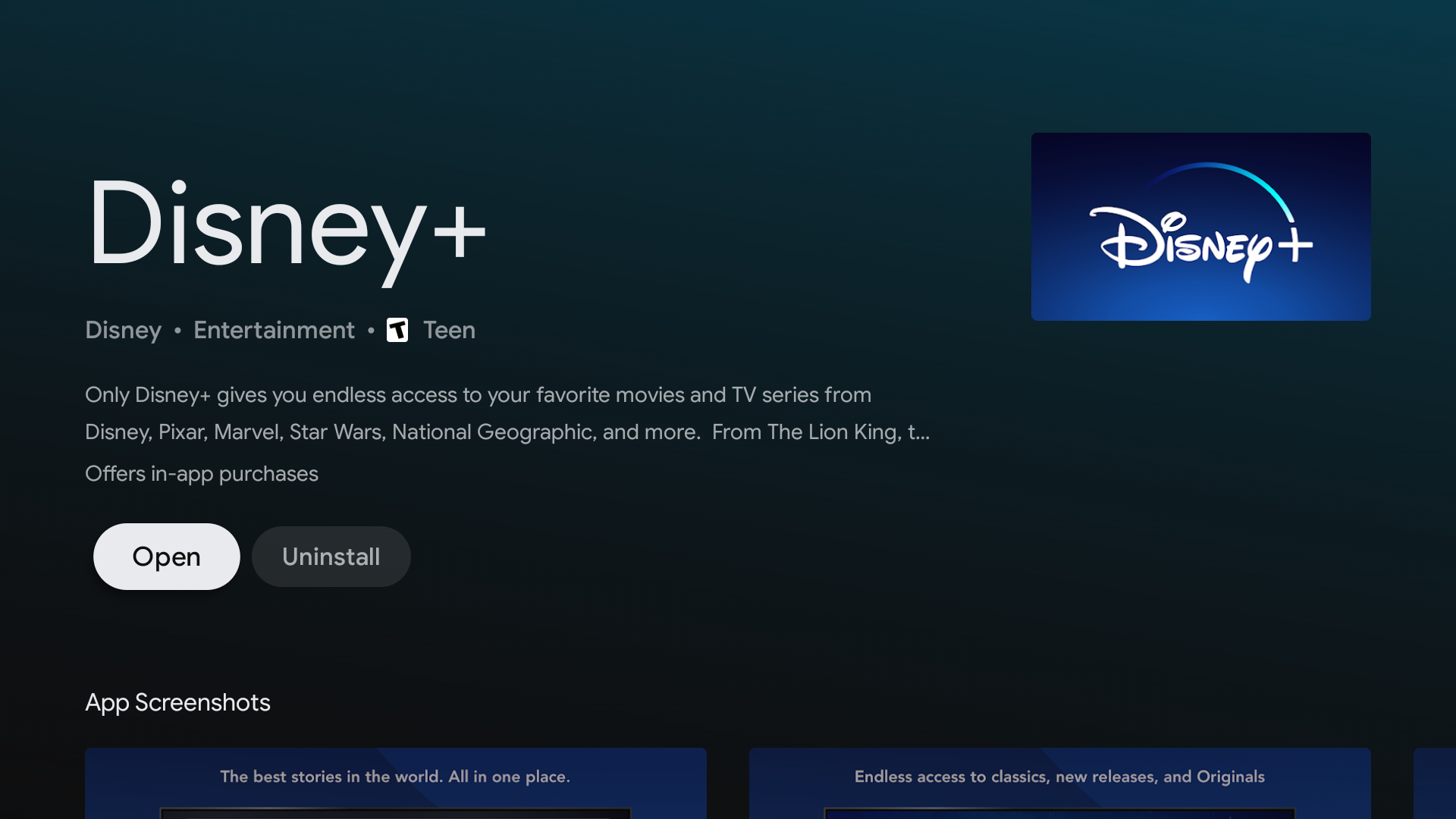 My one big complaint is that the description section is easily cut off and there’s no clear indication of how to expand that section. Personally, I’d prefer it if Google moved all of that information underneath the app screenshots instead of burying it beneath another button press.

Much of this also extends over to the Games section of the store with Google splitting out categories as you scroll down. This portion highlights a bit of the problem with Android TV games, though, as many of the listings are quite old. 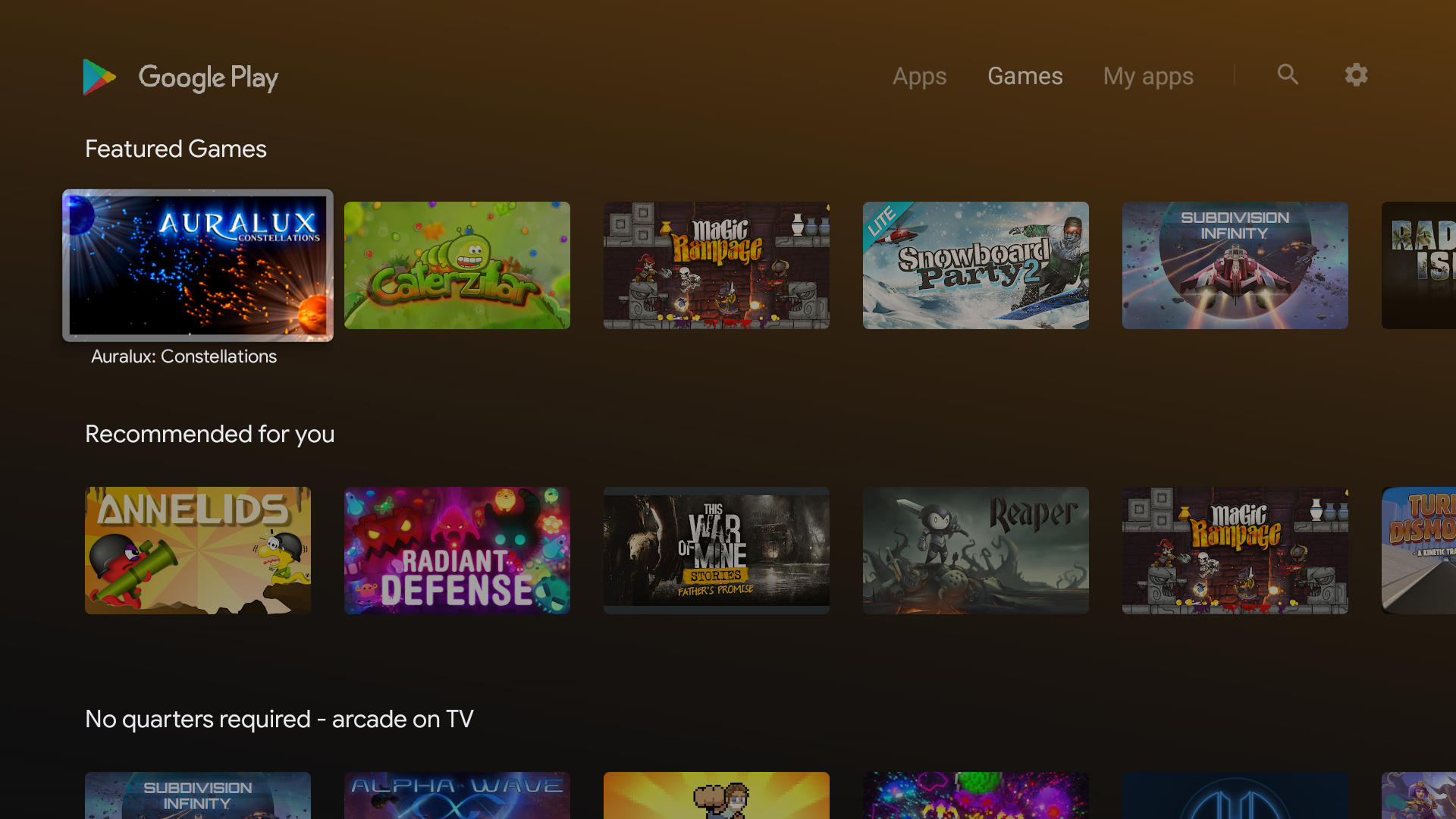 Outside of the design, Google has also improved the functionality of this new Play Store on Android TV. One way you’ll see that is with the new “My Apps” screen. Here, Google still shows a list of apps waiting for updates and everything you’ve got installed, but there’s also a new section for apps you have installed on other devices. From what I can tell, though, this only pulls from other Android TV devices and not smartphones attached to your account.

The new Play Store for Android TV is a huge improvement over what was available before with a much more information-dense design that still feels less cluttered than competitors. However, I worry about the performance aspect a bit.

While set-top boxes such as the Nvidia Shield TV or Xiaomi Mi Box shouldn’t have any issues with this new design, the Hisense TV I’ve been testing out – review coming soon – struggles with the animations while scrolling. It’s not dreadful, but this new design is clearly more resource-intensive.

Will it make a difference?

Android TV as a platform is growing and getting a ton of new apps too. However, there’s still a noticeable gap when it comes to apps. There’s a lot you can find on a Roku or even a Fire TV that simply isn’t on Android TV yet. Will this redesign Play Store make a difference? It’s hard to say. However, with the vastly improved discoverability for new apps, it will be a lot easier to find what’s hidden in the store now and also help new apps make a bigger splash on the store.

Hopefully, all of that will help encourage more developers to bring their apps to Android TV.

The new Google Play Store for Android TV should be rolling out widely to all users now. You can force the update if you’re not seeing it yet.