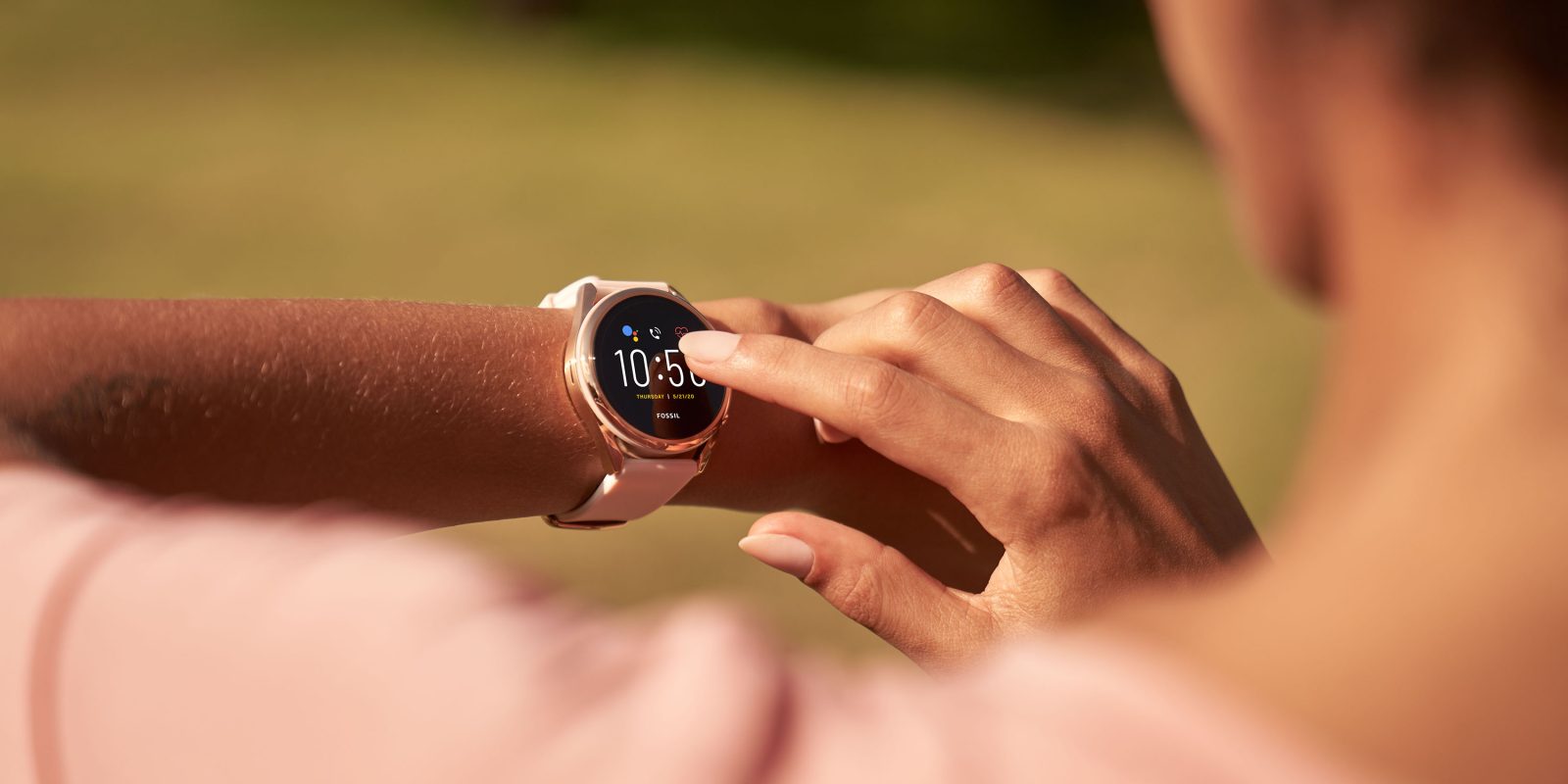 The past two years have helped to improve Wear OS a fair bit, but the best is yet to come with the Snapdragon Wear 4100 series processors coming soon. Now, at CES 2021, Fossil is unveiling two new Gen 5 smart watches that don’t bring that new chip but, instead, add LTE support.

Launching this spring, the Fossil Gen 5 LTE will come in two different variants: one in black, the other in rose gold. Both have essentially the same design. That design is slightly updated from the standard Gen 5 look with slimmer buttons but with the same charging method, 1.3-inch display, and 45mm case size. There are three buttons as usual: a rotating crown and two shortcut buttons.

Under the hood, the Fossil Gen 5 LTE series offers up a Snapdragon Wear 3100 chipset. With the 4100 now available, that’s certainly a bit disappointing, but it does still come with 1GB of RAM and 8GB of storage, which means performance should at least be decent. NFC, GPS, a speaker, and 3ATM water resistance are also on board. Fossil also claims 24 hours of battery life as well.

As far as the LTE itself goes, these watches are compatible with Verizon in the US and can be set up completely through the Wear OS app, a feature that Google introduced last year.

At CES 2021, Fossil is also introducing a Gen 5E edition of Michael Kors Access and MKGO Wear OS watches that starts at $250. There’s also a new Hybrid HR watch designed by Skagen in the Jorn, which will launch for $195.