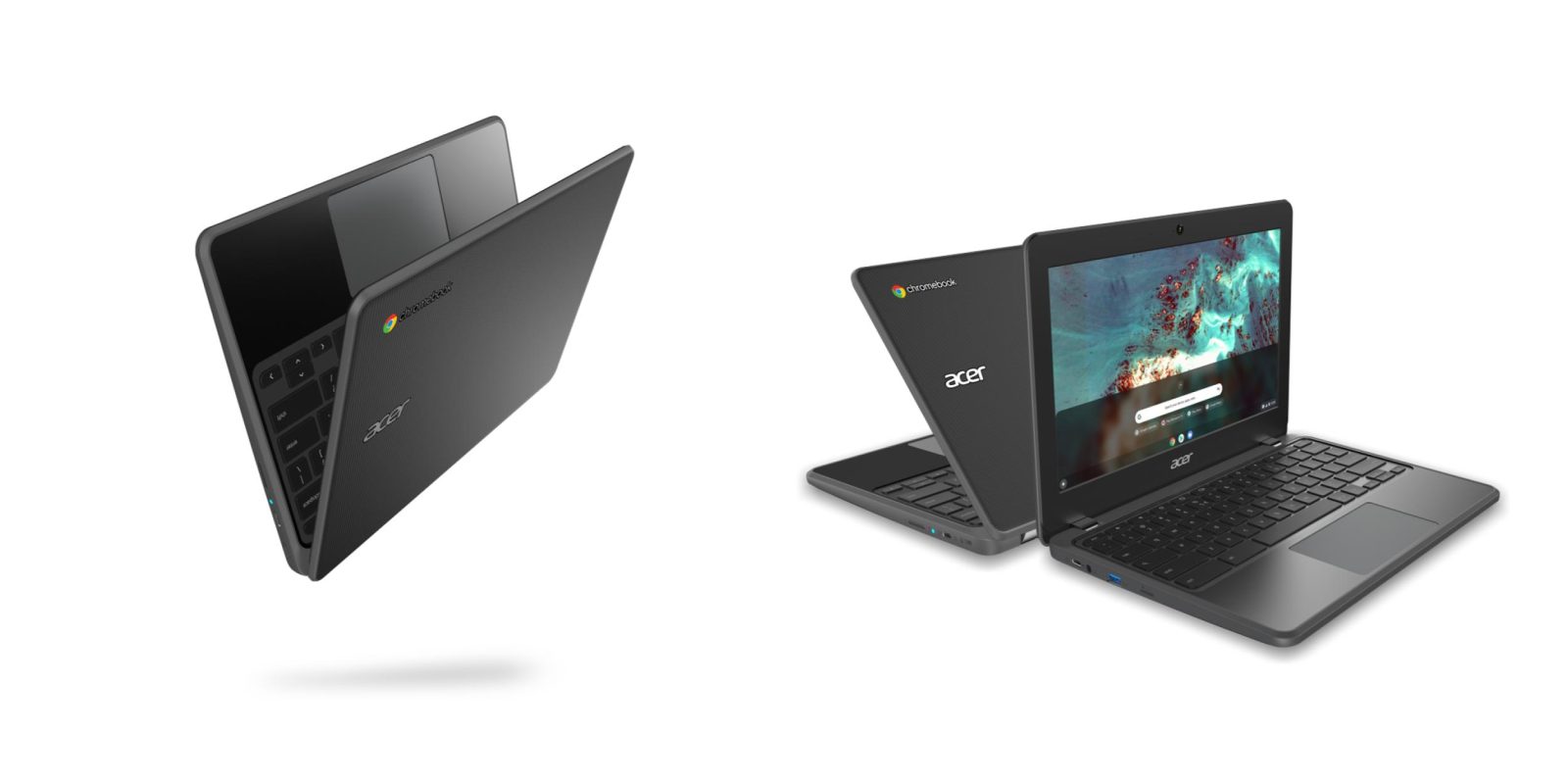 CES 2021 saw a handful of Chromebooks, and the announcements are continuing at the BETT education show. Acer has four new devices with the Snapdragon 7c-powered Chromebook 511 leading the pack.

Acer unveiled its first Qualcomm Chrome OS device back in October, and that’s expected to launch next month for $699. The Snapdragon 7c is now coming to the Acer Chromebook 511 C741 (shown above) for $300 less this April. It’s a standard 11.6-inch clamshell with 15 (36Wh configuration) or 20 hours (48Wh) of battery life, and 4G LTE connectivity. As an education device, it’s MIL-STD810H tested and can withstand drops associated with “rough handling.”

The Chromebook 311 C722 is an even cheaper laptop at $299. The compact chassis is quoted as providing military durability, and it’s powered by a Mediatek MT8183. Both these devices can run Android apps via the Google Play Store.

The Acer Chromebook Spin 512 (R853TA) has a 3:2 IPS display and coated palm rest, as well as keyboard and touchpad, that helps reduce bacteria, while the Spin 511 is 16:9 at 11.6-inches. Wider brackets are touted as helping protect the antimicrobial Corning Gorilla Glass display.