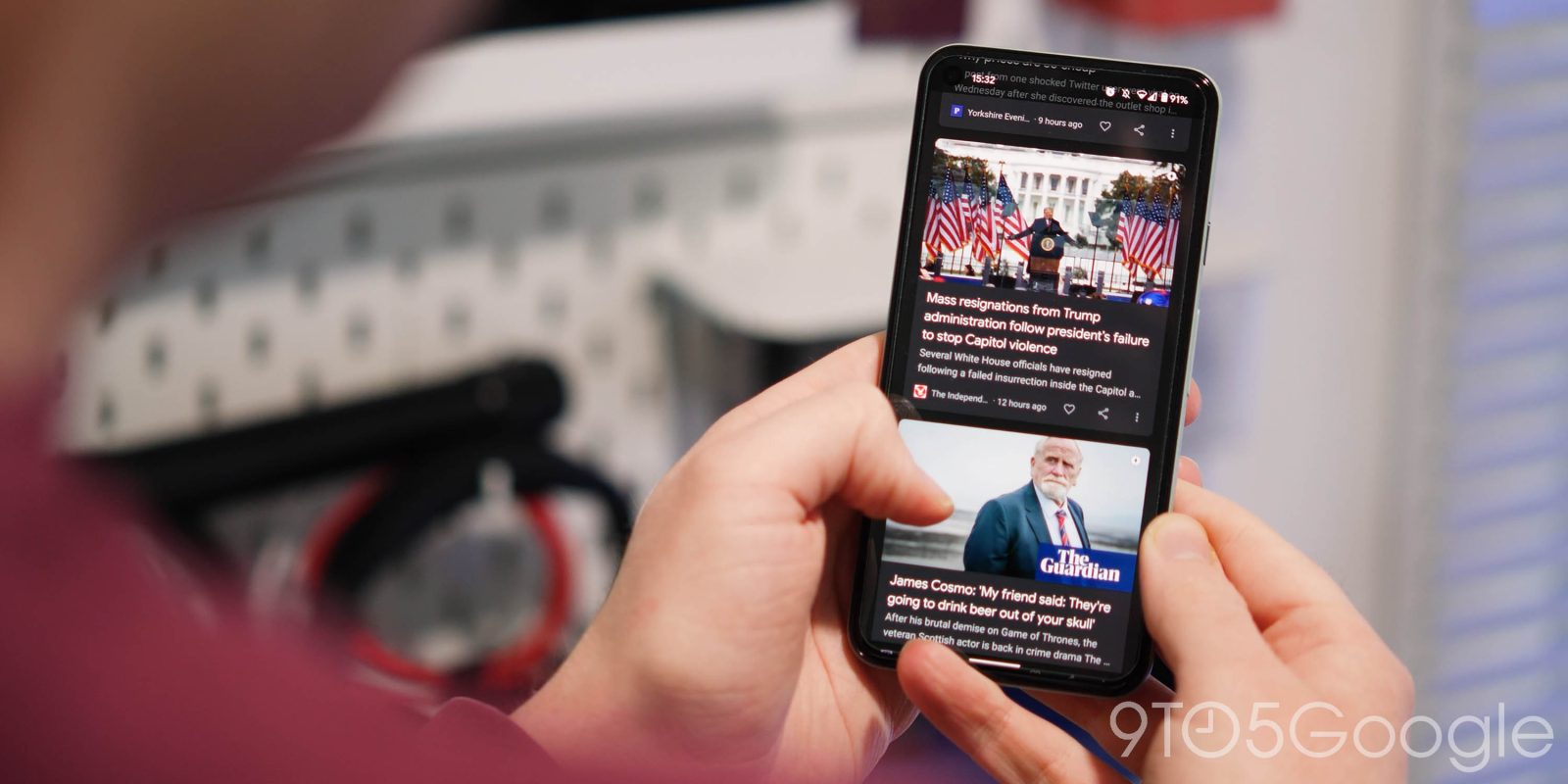 Google’s interest-based stories field is to the left of even more Android homescreens following the launch of Samsung’s Galaxy S21 and continued One UI 3.1 rollout. Google Discover is now interestingly testing applying hashtags to every article that appears.

The hashtag appears just after the article description and above the website’s favicon, name, and publish time. Aesthetically, it unnecessarily increases the height of each card and adds a mostly empty blank strip.

Some articles just have one for the company being discussed, while others specify a very general category. Google is presumably the one assigning the hashtag, with websites having no obvious control over what appears.

Their purpose, and why it warrants being surfaced to the end user, is not too clear. It could help users more quickly learn what a story is about, but that seems repetitive. That said, YouTube has been leaning into hashtags for quite some time now. In 2018, the site prominently started displaying hashtags above all video titles on mobile and web, while the service most recently gained dedicated pages for each one.

It could be a bug rather than an A/B test, with Google accidentally surfacing this backend aspect of Discover to users.

Hashtags in Google Discover are not widely rolled out.