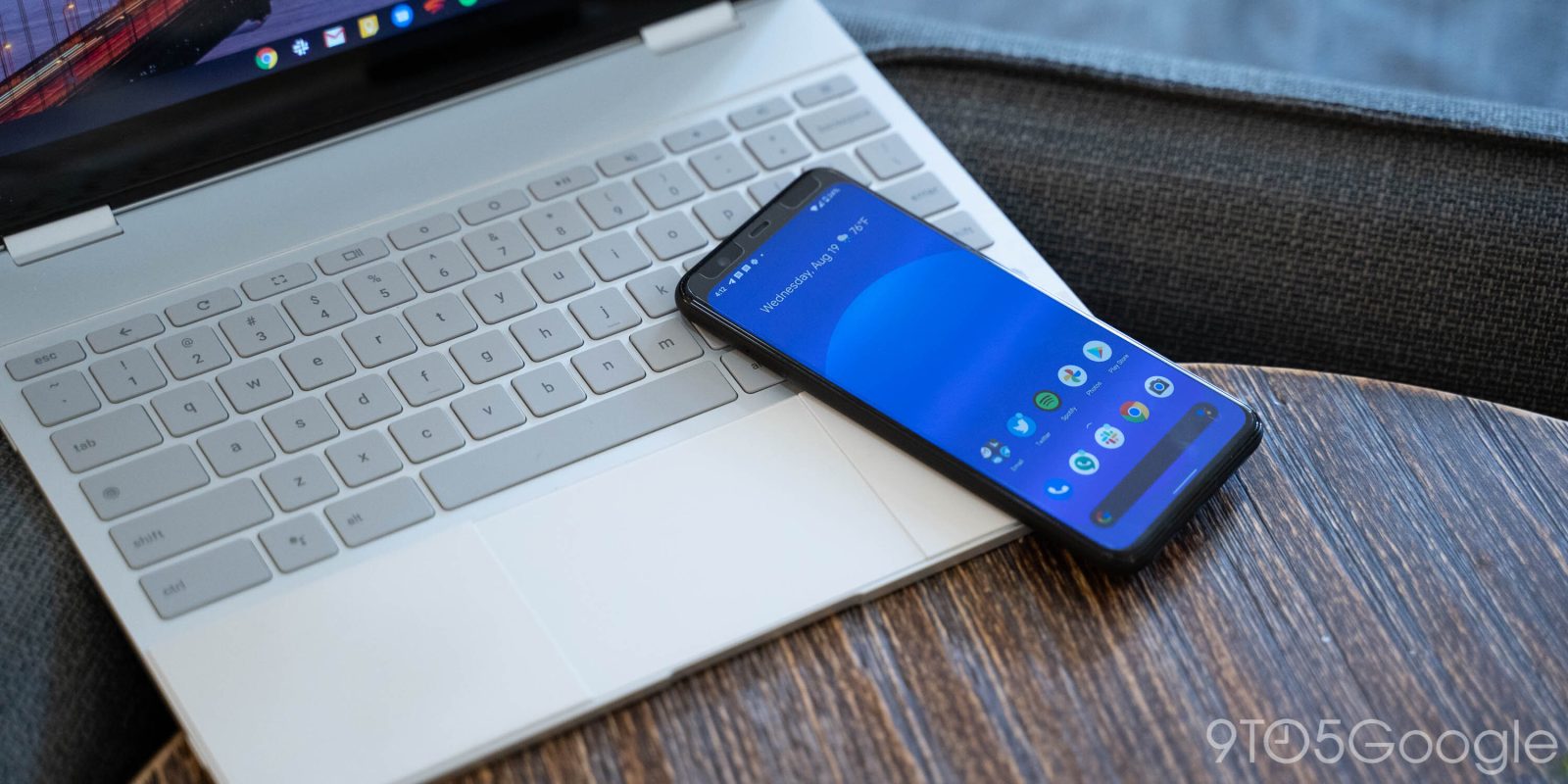 Chrome OS’s upcoming Android “Phone Hub” may be getting the ability to mirror your phone’s screen as an exclusive feature for Google Pixel phones.

For a few months now, we’ve been tracking Phone Hub as the latest way that Chrome OS and Android will be “Better Together.” To recap, Phone Hub, which has ever so slowly begun rolling out, is a suite of features that connect your phone to your Chromebook, such as notification mirroring, syncing your recent Chrome tabs, and some quick settings.

Over the last few weeks, we’ve been attempting to unravel another puzzle as the codename “Eche” has begun to appear in Chromium source code. First, let’s look at a new flag being added to chrome://flags.

Enable the SWA version of the Eche.

“SWA” here is short for “System Web App,” and simply means a built-in Chrome OS app created using web technologies, kind of like a Progressive Web App. Meanwhile, “Eche” is likely the Spanish word “eche,” which can be translated as “throw” or “cast.”

With a fair bit of digging, we were able to find a snippet that explains a bit about what the Eche SWA is supposed to do. Effectively, Eche is an app related to a video feed being broadcast over WebRTC — the same tech used by numerous realtime video apps including Google Duo — along with some other “data” to be sent back and forth between two devices.

Implements the core logic of the EcheApp which is a SWA to transmitting video and bidirectional data over WebRTC.

Thanks to a pair of recently posted Chromium code changes, the pieces have begun to fall into place. The first change alters the way Phone Hub’s Android notification mirroring works by internally tagging whether or not a received notification can be “opened” into an app. If it can be opened, then “the Eche project should be notified when clicked.” In the second change, we find that clicking a Phone Hub notification will open an Eche window directly related to the notification.

Putting it all together, we have a Chrome OS feature that opens a special app when you click on a notification that’s been mirrored from your Android phone. This app will then presumably stream video from somewhere and show it in the window.

Put simply, Eche seems to be a way to mirror your Android phone screen to your Chromebook. Microsoft’s Your Phone app for Windows 10 has offered a connection like this for select Samsung phones and the Surface Duo.

Interestingly, it seems that Chrome OS’s Eche screen mirroring may begin as an exclusive feature for Pixel phones. The reason why we’re not able to be more certain about what Eche does is because the Javascript for the app isn’t included in the Chromium source code. Instead, according to another code change, it’s located in a Google source code folder that appears to be specific to Pixel phones.

The javascript files will be generated from below google3 path via CIPD.

This is far from conclusive, but it would make a great deal of sense for Google to give their Pixel phones a better version of Chrome OS’s Android Phone Hub. When the company first began their campaign to show that Chrome OS and Android are “Better Together,” Instant Tethering was exclusive to the Pixelbook and Pixel phones. Hopefully Google will eventually see fit to make this screen mirroring available on more Android phones, just like they did with Instant Tethering, making it a Pixel-first feature rather than Pixel-exclusive.

In some ways, Chromebooks gaining Android screen mirroring isn’t nearly as useful as Your Phone on Windows 10, as Chrome OS is already capable of natively installing and running Android apps. However, there are still plenty of scenarios where you might prefer to use a particular app from your phone instead. The most critical of these situations is WhatsApp, which can only be signed in to one device at a time. Eche, if it is indeed screen mirroring, would allow you to message from your Chromebook while signed in from your Pixel phone.

As Eche is still early on in development, it’s hard to say when the feature should be expected to launch. If it is indeed a Pixel-first feature, it’s possible that it may arrive as part of a quarterly Pixel feature drop. On that assumption, we may not see this Android screen mirroring arrive for Chromebooks and Pixel phones for some time.