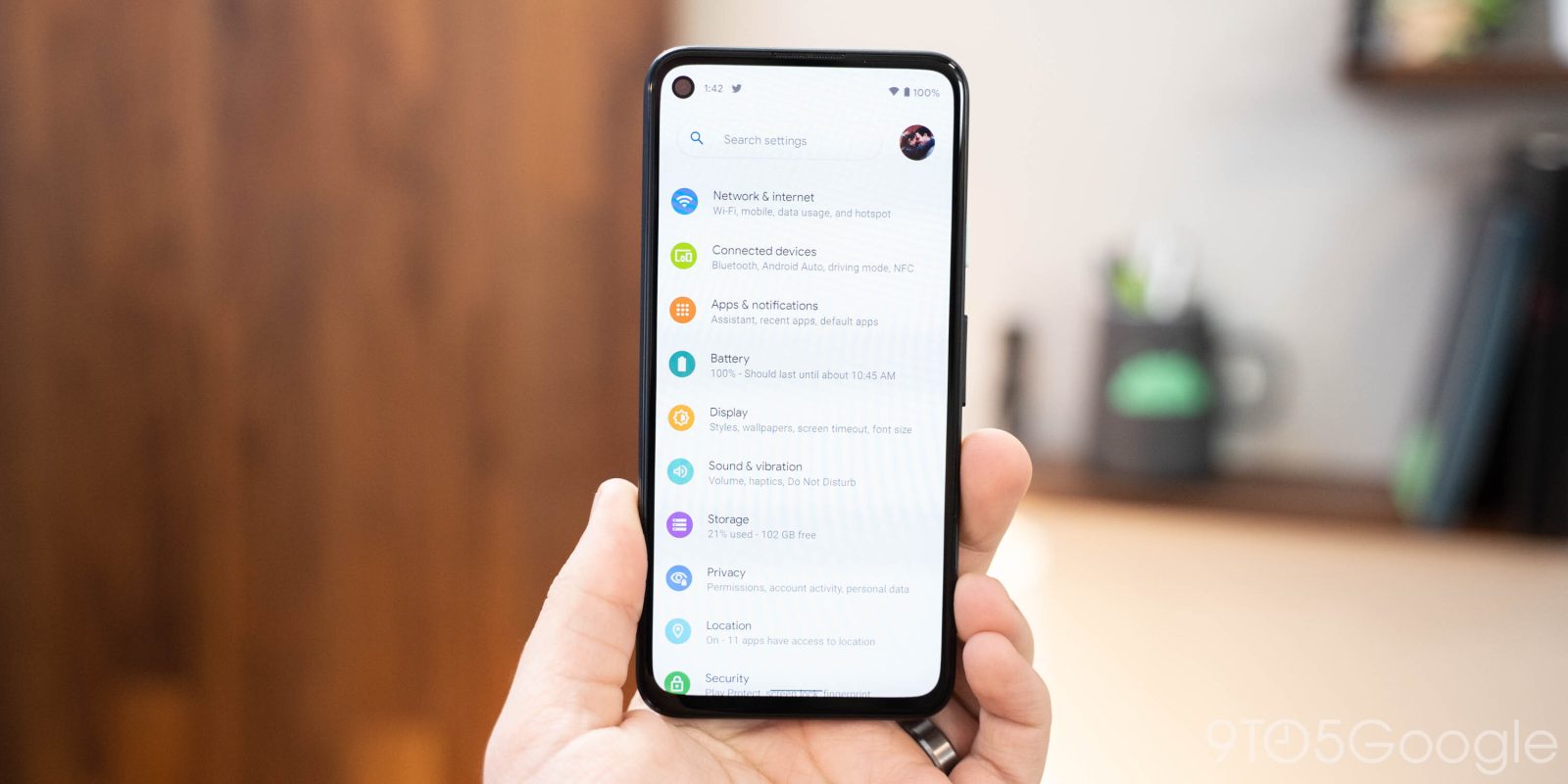 Android 12 Developer Preview 1 arrived today, and in it, we’ve found that the Settings app has gotten a bit of a revamp, complete with a redesigned search bar.

While the leaked mockups may have given us dreams of a major UI revamp for Android 12, it seems the reality — at least in what’s available in Developer Preview 1 — is a bit more modest. What we do have today is a revamp of the Settings app, most notably with the introduction of a new search bar.

Interestingly, the new search bar is a distinct step away from the recent design patterns used by Google as part of their “Google Material Theme.” It’s unknown whether this new design is intended to be adopted by other Google apps in the future.

Deeper in the Settings app, you’ll notice that each subsection’s page background has been given a bit of a blue hue. Interestingly, this same hue can be found in many other places throughout Android, such as when you’re asked to authenticate with your fingerprint.

This could be a hint toward the reportedly upcoming theming system. For now, however, switching themes in the Pixel theming app retains the blue hue.

As first spotted on Twitter, a deeper redesign appears to be in progress for Android 12’s Settings app, currently hidden behind an internal flag. Enabling the new design adds tall headers reminiscent of OneUI, which help to make the Settings app more accessible with just one hand.