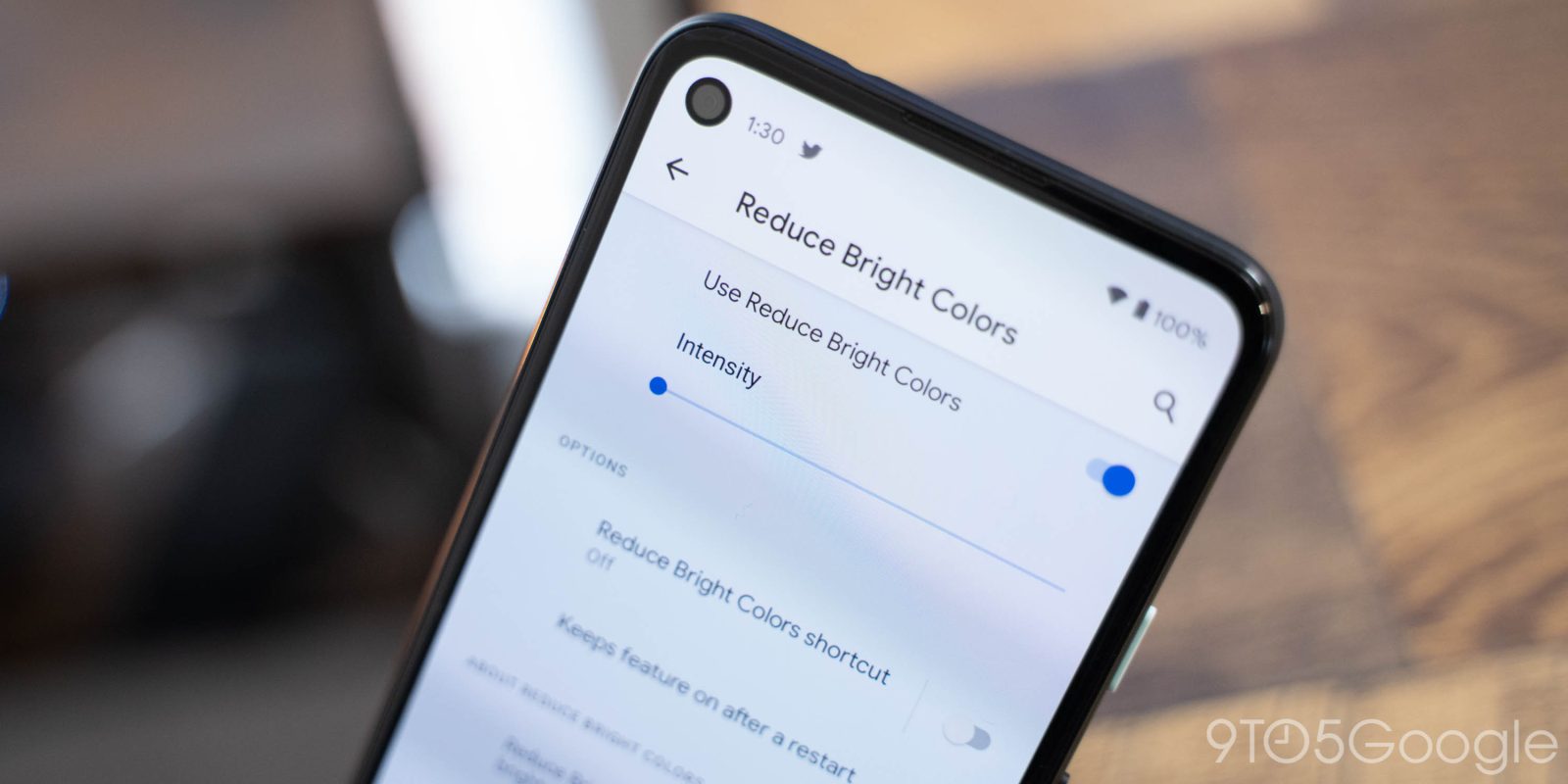 Google has delivered quite a lot of new features in Android 12’s first developer preview, and we’re still finding everything that’s hiding beneath the surface. One tweak you don’t have to dive far to find, though, is a new “Reduce Bright Colors” button in Android 12.

Live but unfinished in the first Android 12 Developer Preview, a new “Reduce Bright Colors” toggle appears in the quick settings options with a menu of further options on a long press.

When enabled, this option acts as a quick shortcut to lower the screen brightness by a set amount. The brightness reduction can reduce colors and overall brightness by a certain percentage set by the user. That’s anything between 0% and 100%. The feature is an accessibility option meant for the visually impaired, and as such it can be assigned to either the two-finger swipe up or the up-and-down volume button shortcut, which can also be used for magnification.